The Château de Montal in the Quercy province near Bretenoux and Autoire is an example of the influence of the architectural styles and features of the French Renaissance as developed in the Loire Valley, farther north. I was almost certainly built on the site of an earlier, medieval castle. In 1519, a woman named Jeanne de Balsac — the wife of Amaury de Montal, lord of Laroquebrou in the Auvergne — signed the contract providing for the building of a new residence. Her mother was Antoinette de Castalnau de Bretenoux. Work began in 1520. 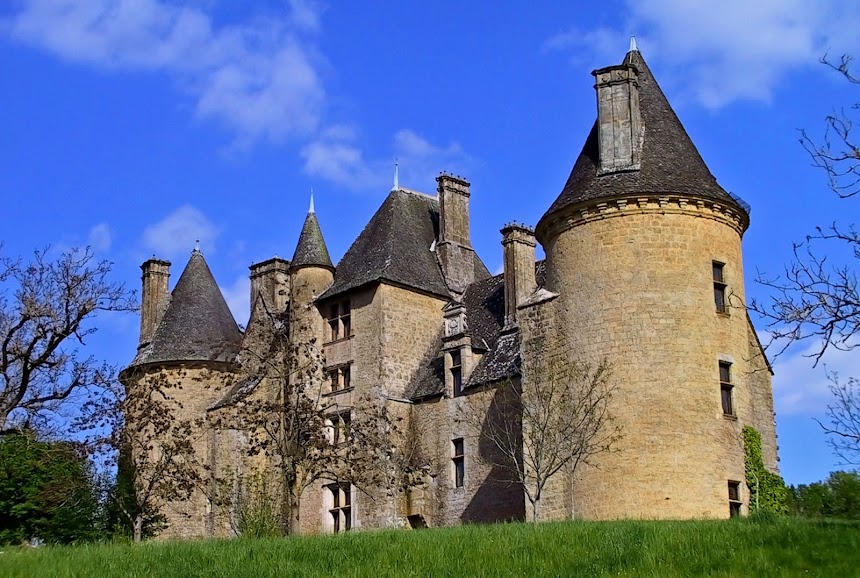 The building was never completed; only two of the four wings that were in the original plans had been completed in 1534. It might have been the death of Jeanne and Amaury's oldest son in a battle in Italy in 1523 that caused the work to be halted. The Montals later married their younger son to his cousin Catherine de Castelnau. The Montal family lived in the Jeanne's château de Montal for only a short time. It was sold to another family at the end of the 16th century, and it was once again sold in 1771. 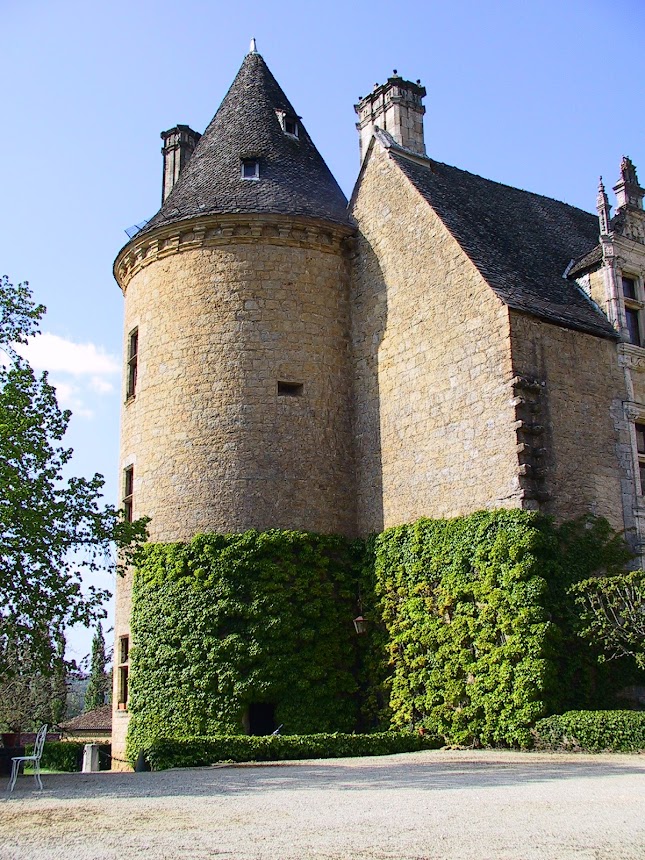 Montal was abandoned during the 1789 French Revolution. It was later turned into a farm and later still was stripped of many of its distinctive architectural features. Finally, it was acquired by a wealthy French industrialist in 1908 and painstakingly restored to its original condition. The owner gave donated Montal — the building, furniture, and works of art — to the French government in 1913. (Thanks to the official Château de Montal web site for this information.) 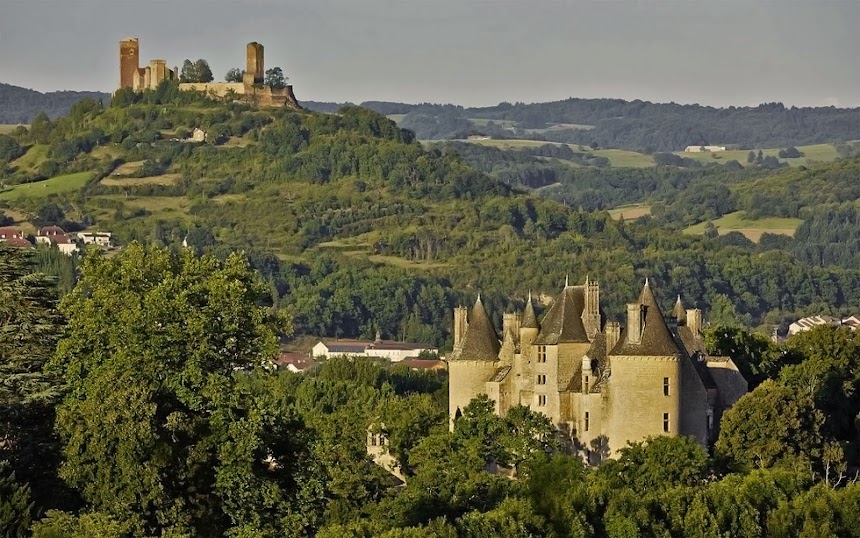 I wish I could take credit for this third photo. The first two are mine, and so is this one that I posted last week, but the one just above is one I found on the internet. I believe the hilltop fortress in the background is the Château de Saint-Laurent-les-Tours, which is just northeast of Montal.
I have done due diligence to try to find out who took the photo so I might give credit to the photographer, but I haven't found anything. Here's a link. I downloaded the magazine mentioned on the Contact Lotois site but I can't find the photo there, even though there is a page in the magazine about Montal. Below are a few more of my photos from the short time we spent at Montal in 2006. I like to imagine that the people depicted here are Jeanne and Amaury de Montal... 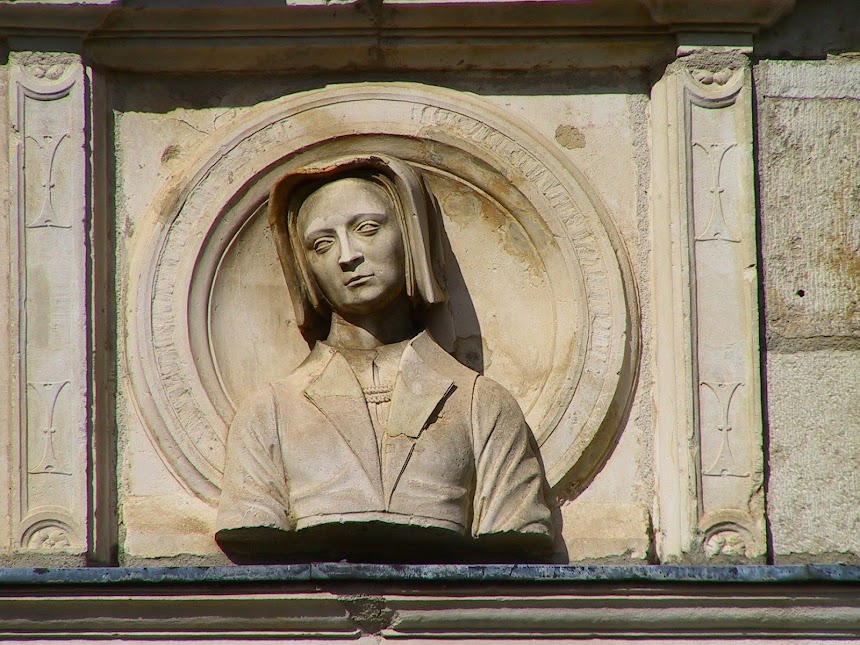 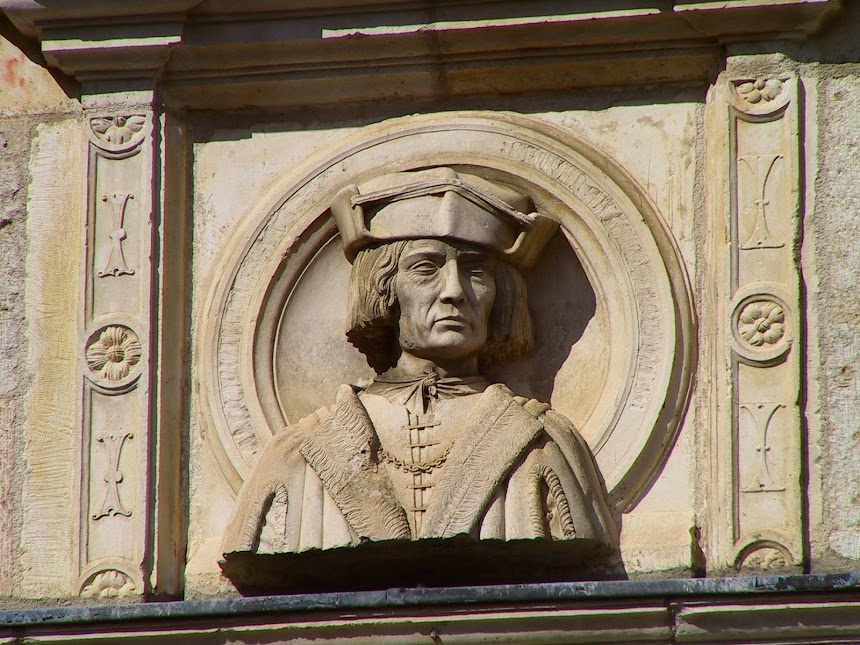 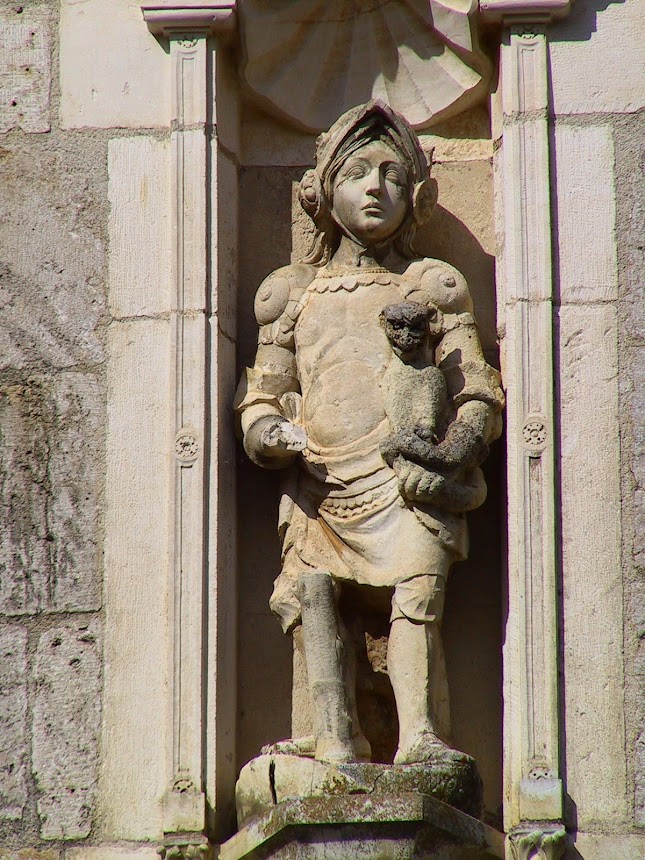