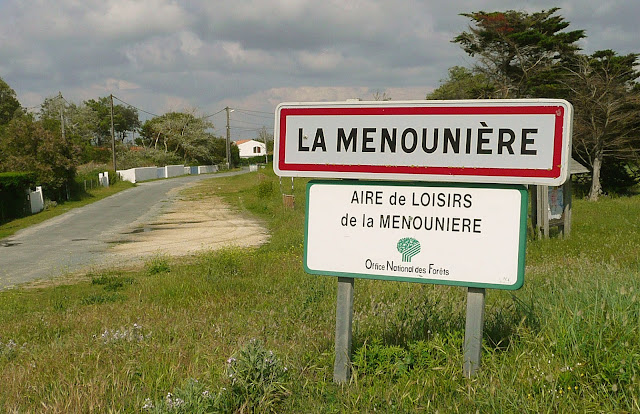 La Menounière is a hamlet (un hameau) that's part of la commune (township) of Saint-Pierre d'Oléron. It's on the "west coast" of the island (l'île d'Oléron) and fronts not on a bay but on the open waters of the Atlantic. And it's where our gîte was located. 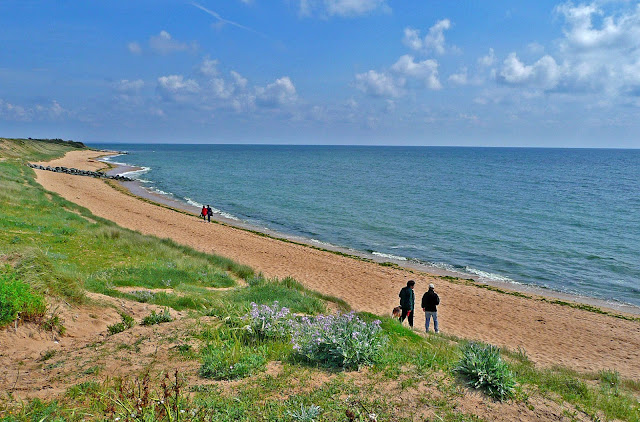 Walt, our friend Cheryl, our dog (Callie), and I spent a lot of time on the beach you see in this photo during our week on the island. We didn't have to walk far to get there, and the weather was fine most of the time. That's Callie, Cheryl, and Walt arriving at the beach. I was up on the top of the dune taking the photo. 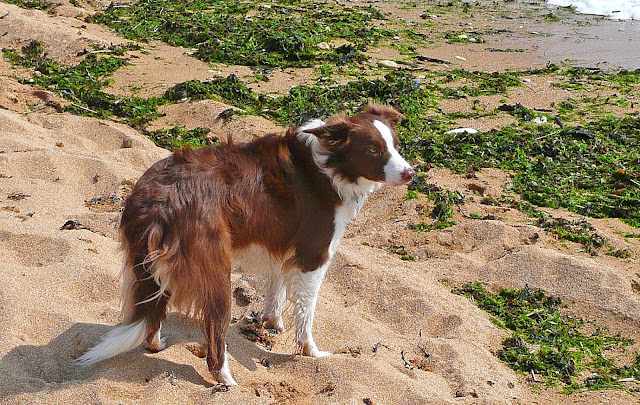 The dog needed morning and evening walks every day, and rather than walk her around the hamlet on a leash, we just took her out to the beach and let her run. Callie had never seen a beach before. We had only had her living with us for a year at that point. She probably thought the whole world was a vineyard. 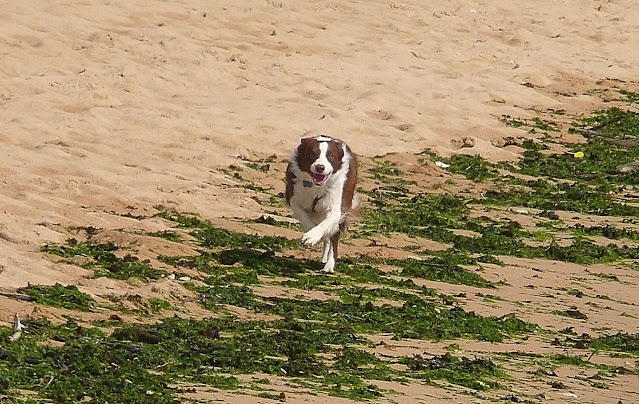 Callie loved to run, as you can see, and the beach was perfect for that. She had a crazed but happy look in her eye as she loped over the sand towards me. There were seldom any other people at the beach when we were there. It wasn't yet sunbathing season. 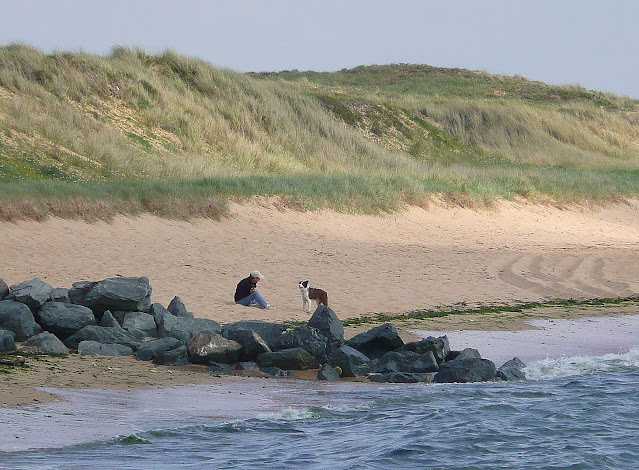 There's Walt talking to Callie, probably teaching her some new word or phrase. She was pretty smart. She was about 15 months old and still had a lot to learn. Besides, she hated riding the car and the exercise and interactions kept her sane.

Another reason why we went to the beach so much was that we were basically marooned on the island. As I've mentioned, unionized French commercial fishermen were on strike. They had partially blocked the bridge that you had to cross to go from the island to the mainland and back. 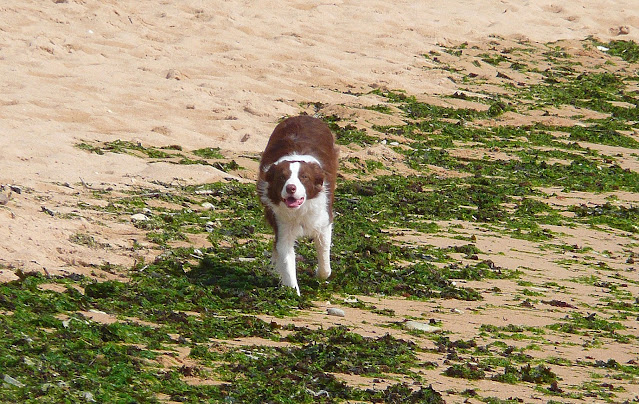 Every morning we listened to the news on the radio or TV and learned that the waiting time at the bridge crossing was about 45 minutes each way. So we didn't go to the mainland all week. Sitting in the car for 90 minutes a day, just waiting, seemed like a real waste of time. There was plenty to do on the island itself, and La Rochelle and Rochefort would just have to be destinations for future trips.(We finally went to La Rochelle in 2018.)