Peafowl in an Oléron bird sanctuary

I mentioned yesterday that my friend Cheryl and I spent half a day walking around and taking photos in a bird sanctuary on the Île d'Oléron when we spent a week on the island. Cheryl was an amateur birder and was very excited to discover the sanctuary, called Le Marais d'Oléron, which we weren't aware of before we arrived. Sad to say, she passed away nearly five years ago now. We had been friends since 1973, when we were both grad students in the French department at the University of Illinois in Urbana-Champaign. Then we worked together in the software industry in Silicon Valley for 15 or so years. Cheryl traveled to France with us once in 2001, when we stayed in Vouvray, and then came to visit us in France in 2003, 2006, 2008, and 2011. 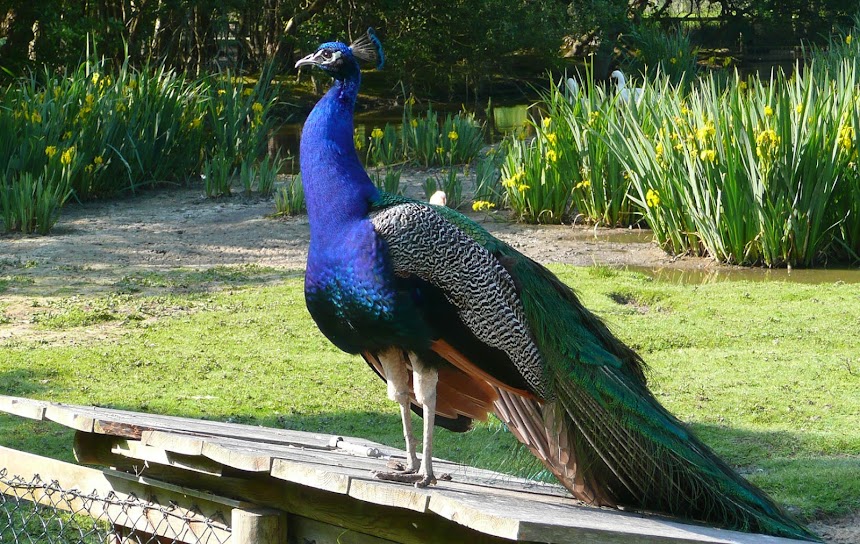 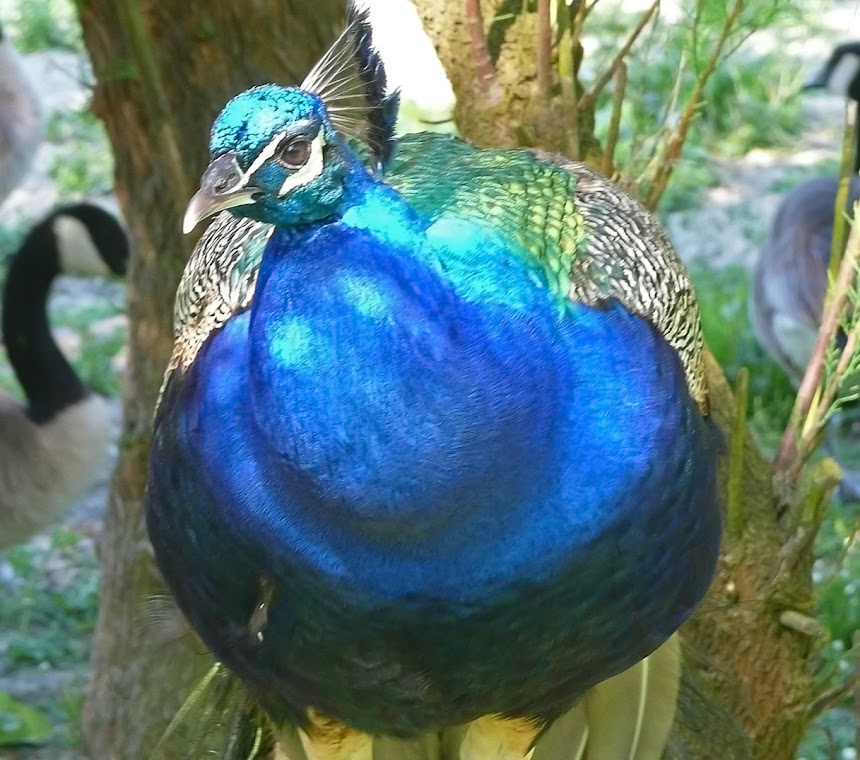 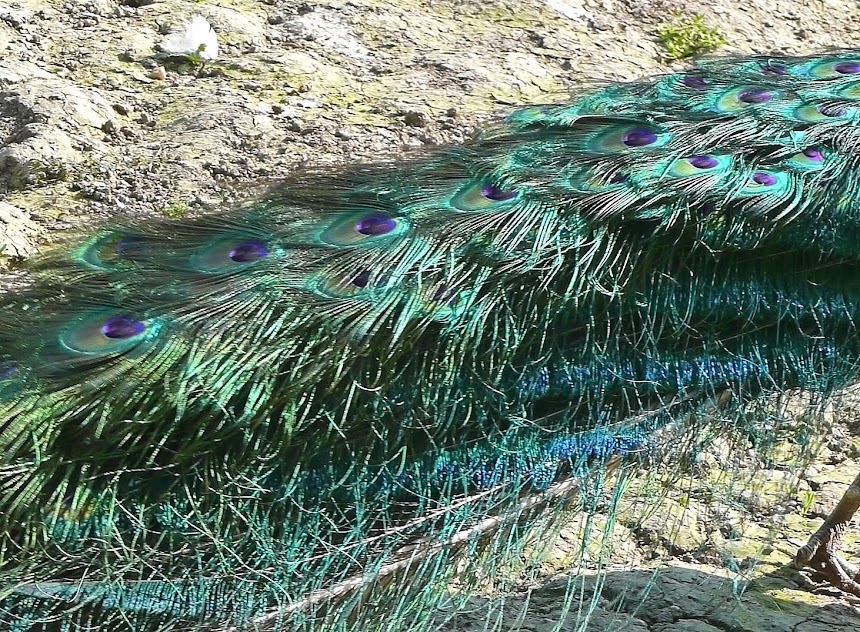 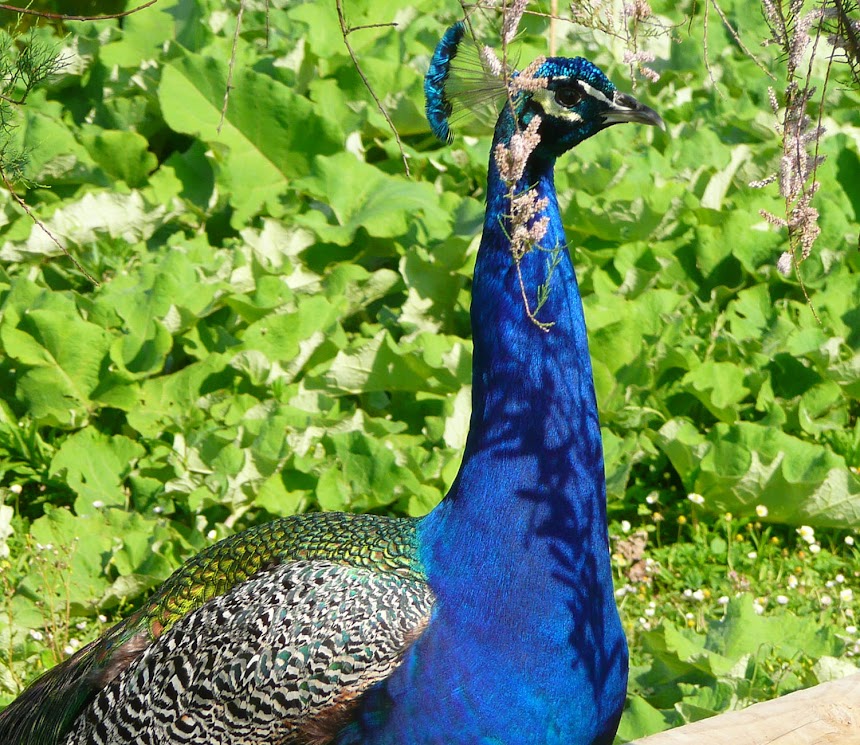 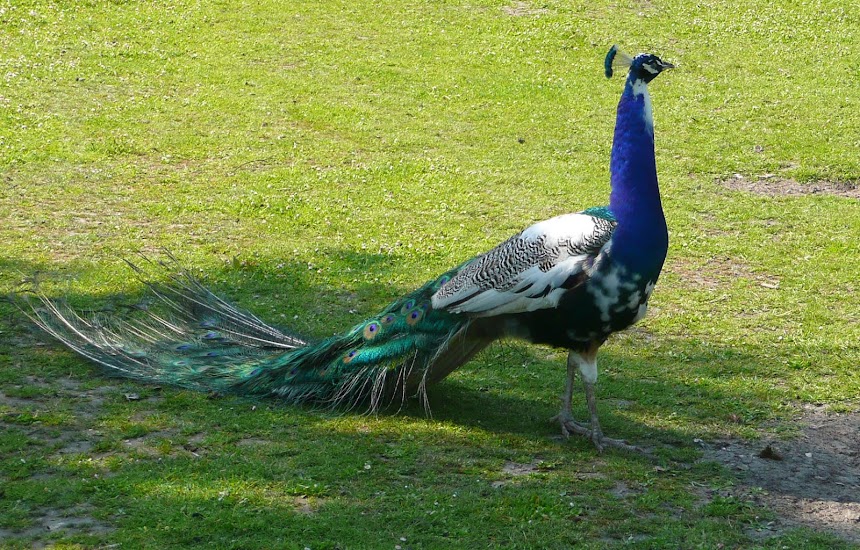 In French, the word for peacock is paon — it's a one-syllable word that rhymes with dans, Jean, and Caen (the city in Normandy). The peahen is the paonne, which is also a one-syllable word and rhymes with canne, Jeanne, and Antoine. When you pronounce paon and paonne, pretend the O isn't there.
Posted by Ken Broadhurst at 06:10