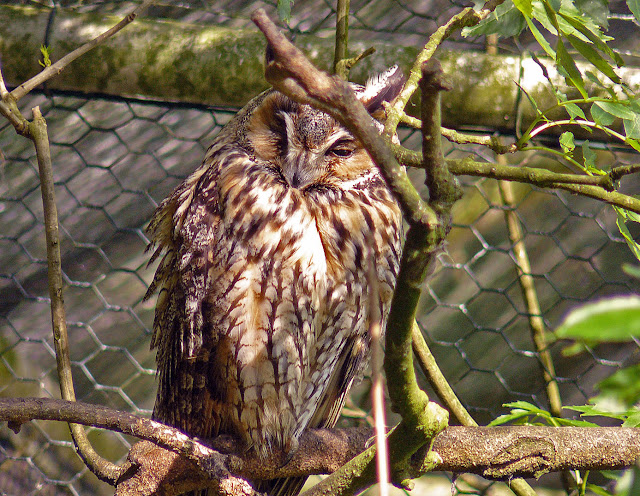 As CHM mentioned in a comment this week, our friend Cheryl loved owls, and collected them. She told me at one point that she had more than three thousand owl figurines, and she had a big glass-fronted cabinet where she kept many of them. She loved the owl trivets that belonged to CHM's partner Frank and that CHM gave to Cheryl when Frank died. I wish I had pictures of those.

Speaking of pictures, the one on the left is one that Cheryl took when we spent time in the Marais aux Oiseaux bird sanctuary on the Île d'Oléron. 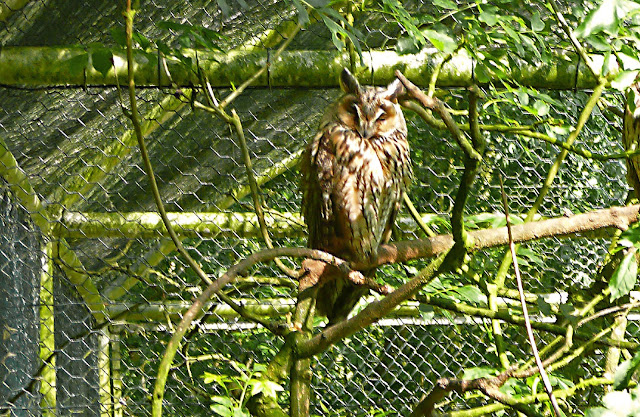 Cheryl's photo of that owl is much better than mine (on the right). It has a quality my photo lacks. In her photo, the owl seems to be nodding toward her out of some kind of respect or recognition, don't you think? The only thing about my photo that I want to point out is that the owl we were photographing was what is called un hibou in French — an "eared" owl. The things that resemble ears are, in reality, just tufts of feathers. 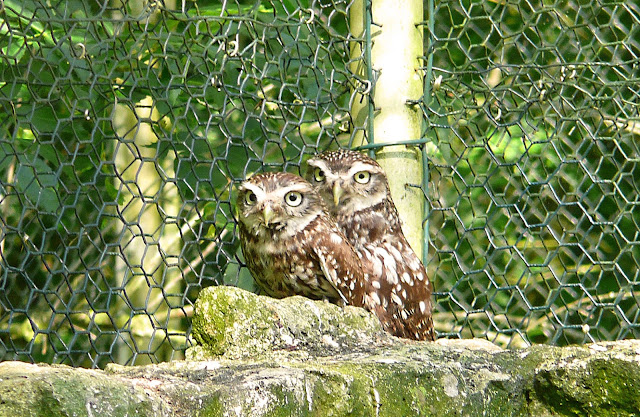 The other kind of owl is called une chouette. It doesn't have the so-called "ears". The owls in the photo on the left and the next two are pictures of chouettes that I took at the Marais aux Oiseaux. The owls were kept in big cages. 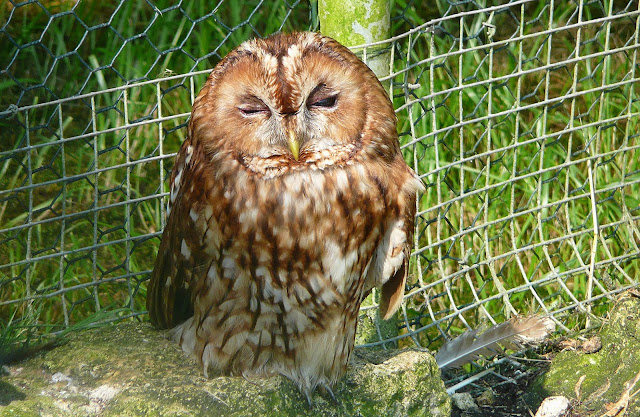 I have copies of Cheryl's photos from her 2008 visit, and other visits, because she always left copies of them here, on my computer, as a safety measure when she flew back to California. That way, if she lost her camera or any other accident caused her to lose the pictures she'd taken, I could always copy them onto a CD or a memory card and send them to her. Cheryl passed away a few years ago. 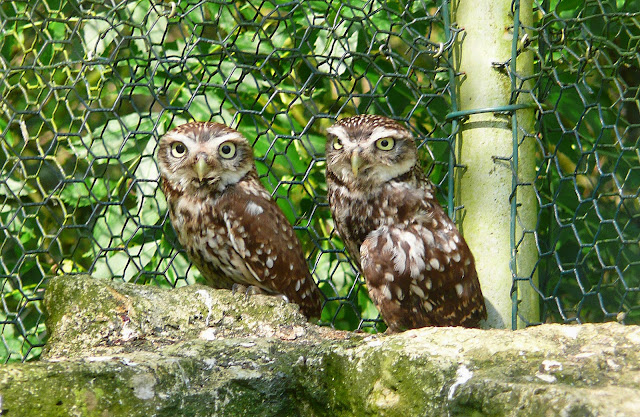 Cheryl also took a photo of the sign below. It shows the differences between chouettes and hiboux, and gives the names of some of the owls that live on the Île d'Oléron or on the mainland nearby. The photo was in good focus and you can read the text on it, especially if you enlarge it. 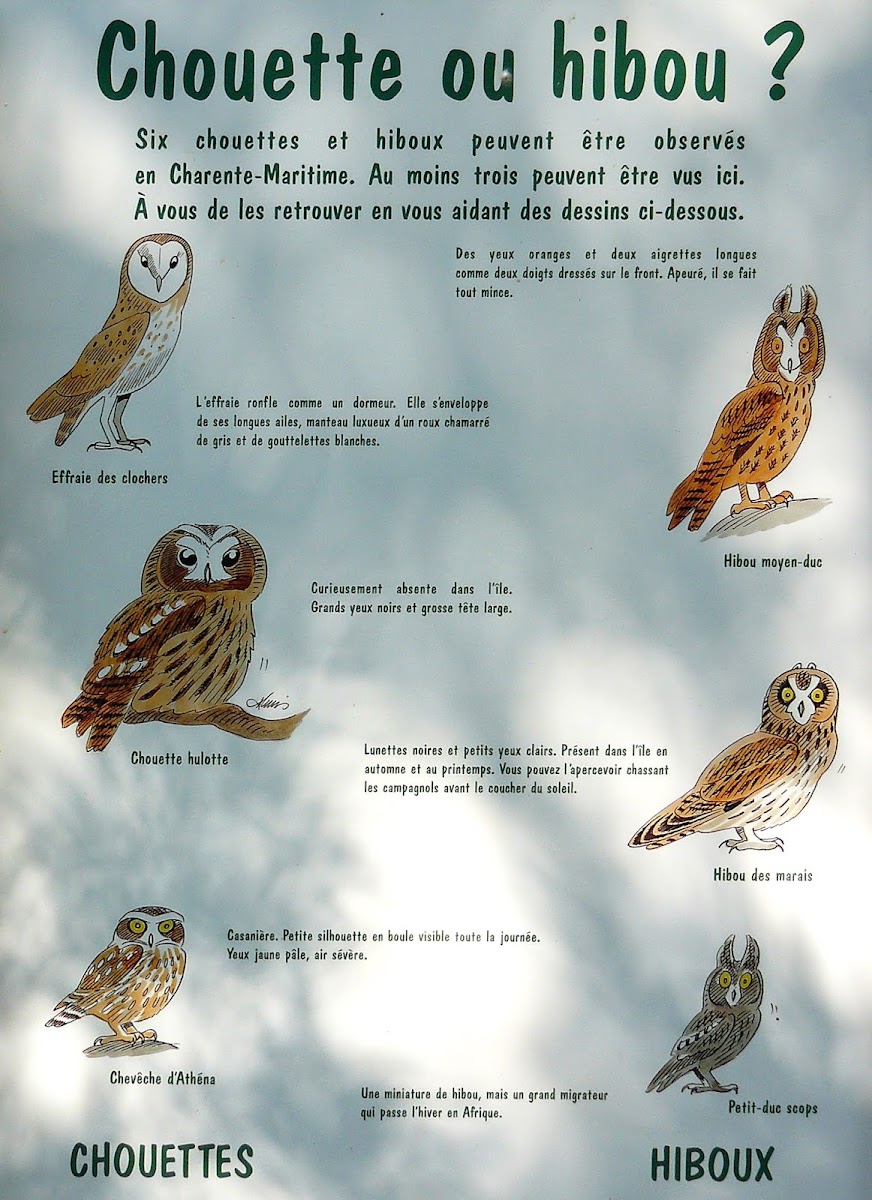