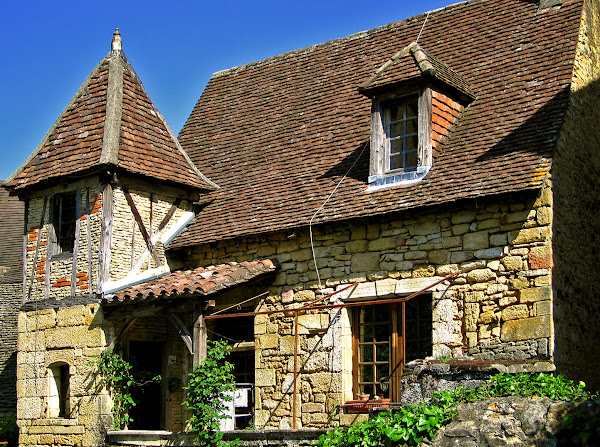 I certainly have posted a lot of photos from that five day trip to the Dordogne and the Lot départements that we enjoyed in 2006. When we came to live here, we had visions of traveling a lot all around France and into other nearby countries. We managed to go to Madrid for a few days in 2004, but other than that we haven't traveled to or toured around in any country other than France, the the U.S., and Canada. 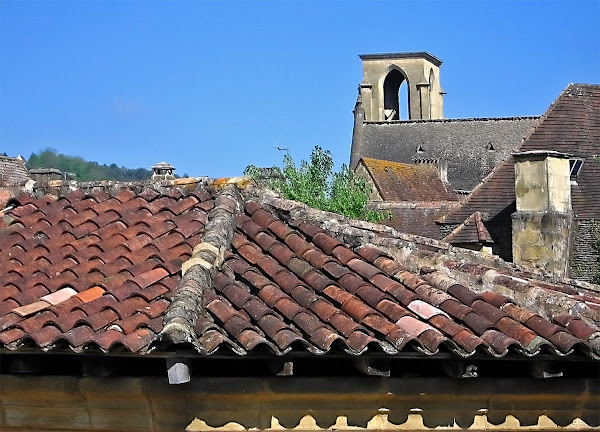 The fact is, however, that Walt and I have traveled a lot in France, without realizing we were doing so. For several reasons, including having a dog to take care of, and a cat since 2006, we aren't free to pack up the car and just drive away for a week or two. Life is more complicated than that. As for summer travel, one of the reasons we looked forward to living here was having a big vegetable garden. Gardens need to be weeded and watered from April through September. And harvested. We tied ourselves down by growing fresh food and keeping animaux de compagnie. 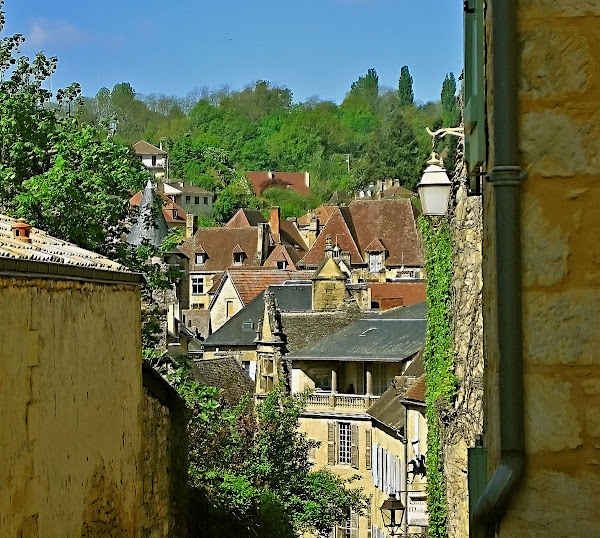 These are my last photos of our trip to the Dordogne, for the time being. They're some more that I took in Sarlat. Looking back on that trip, I realize how much of Fance we really have seen. I started this series of "pandemic posts" by thinking about the gîtes ruraux we have rented over the years. That project grew into all the posts on this blog about the places where the gîtes were located, what we saw, and what we did there. I could move beyond the gîte theme, and I might decide to do that. I guess it depends on how long we remain confinés. We had to cancel two road trips in 2020 (to the Baie de Somme up north, and the Limousin down south) because of Covid-19. 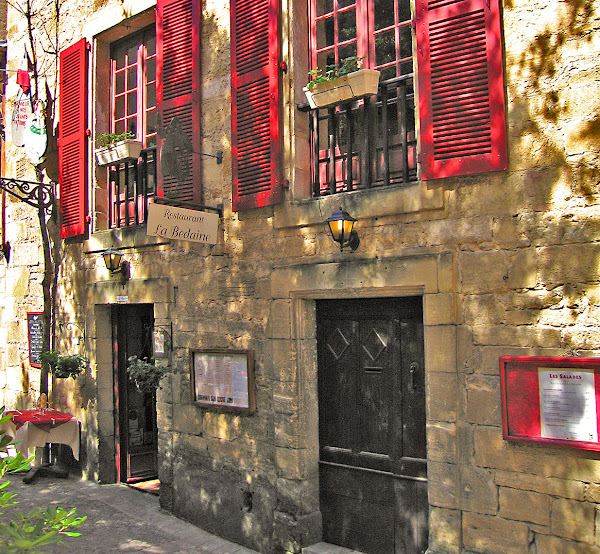 Take Paris, for example. We've only stayed in a rented apartment there once in the nearly 18 years we've lived in Saint-Aignan. We've been to Paris so many times over the years, though, staying often in hotels. And I'm lucky to have a good friend, who you know as CHM, who has generously put me up in his Paris apartment many, many times over the years. He and I have also done a lot of traveling around France, including several trips up to Picardy, into Normandy, Champagne, and Burgundy, and all around the Touraine and the Berry. Maybe I should drop the gîte theme and also write about and show pictures of other trips I've been lucky enough to enjoy. 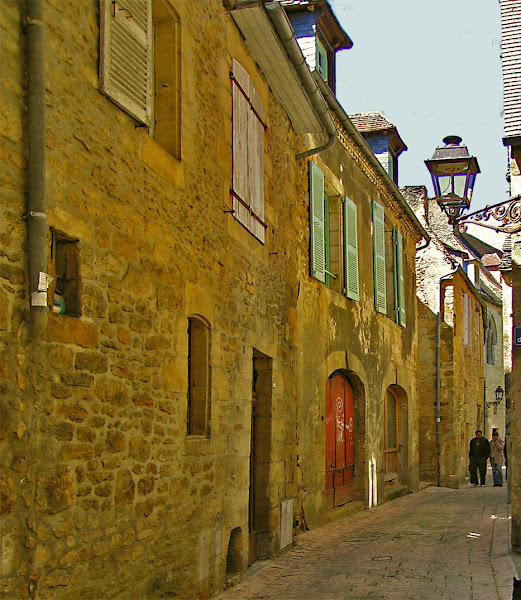 As you know, la Picardie, la Normandie, le Berry, etc. — not to mention la Touraine, where we live, and the Périgord and the Quercy — are old provinces of France (here's a map), with their own cultural identities, traditions, histories, and even languages or at least dialects. They were replaced by départements during the French Revolution in the late 18th century. I have a lot of photos and a lot of memories. I'm constantly amazed by the technical quality of photos I've taken with a series of digital cameras over the past 20 years. And it would probably be a good idea for me to write down some more of my memories, as I continue getting older in spite of all my best efforts to stay young. The memory declines, you know... Writing about these travels nourishes my love of France, and soothes my soul. 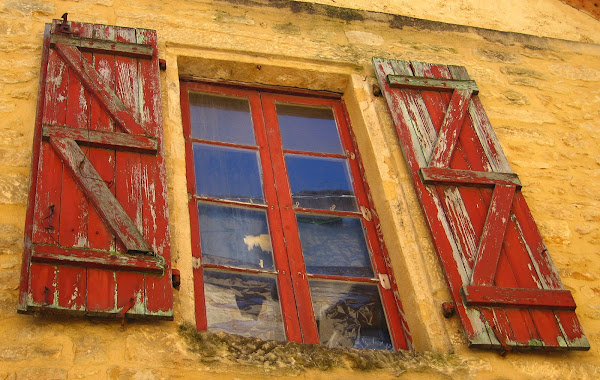 Besides, writing these posts requires research on several levels, and I learn a lot as I go. This is a blog, not an encyclopedia, but still, I want the information to be accurate, on target, and interesting. I've been getting used to the new Blogger interface and authoring tools for nearly six months now, as you might be able to tell. Not having to spend time and mental energy struggling with the software leaves me more time to process photos and write more or less coherent text. So I'll keep on, and maybe even get better at it over time.


By the way, you might have noticed that over the course of this series about the Dordogne and Quercy provinces, there are two towns that are major attractions in the region and that I've left out — Rocamadour and Collonges-la-Rouge. That's because I posted a lot of photos from those two places less than a year ago (April 22-28, 2020), at the beginning of the pandemic.
You can see them by clicking this link and scrolling down to the third post and the half dozen that follow.
Posted by Ken Broadhurst at 06:10