One of the things we did during our four-day stay in the Périgord and the Quercy provinces of southwestern France was to visit a traditional farm of the region. Of course, it's not really a traditional farm — it's a tourist attraction. It was interesting nonetheless. We walked among the barnyard fowl — ducks, geese, chickens, and at least one peacock — and I posted some photos of those birds last week. 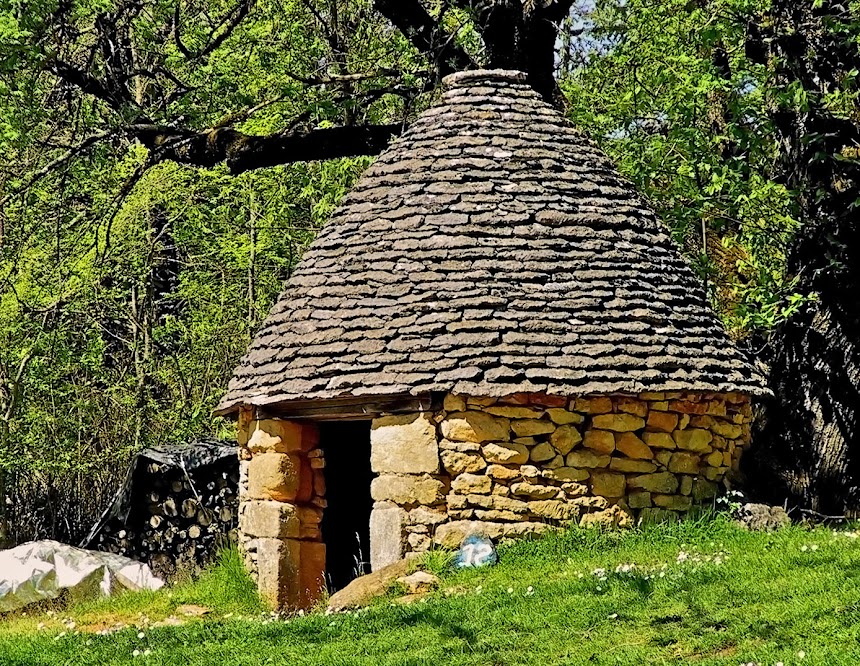 One feature of traditional farmsteads in southwestern France is the existence of many dry-stone huts or sheds that people have started calling bories over the past 25 years or so. According to linguists who study southern French languages like Occitan (SW France) and Provençal SE France), borie in this sense is actually a Provençal term. 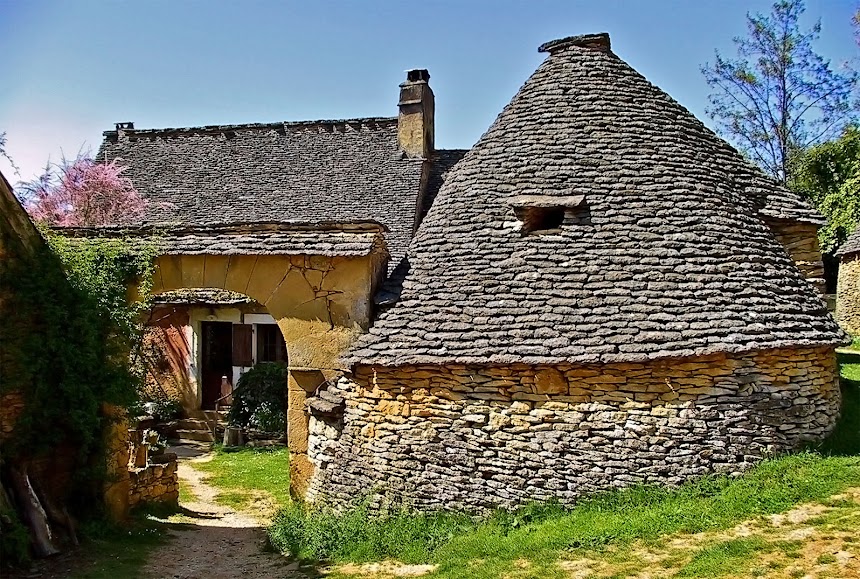 Borie in Occitan means the farm itself, and the huts or sheds like the ones you see in these photos are, or used to be, simply called cabanes. "Dry-stone" (pierre sèche in French) means that no mortar is used in the construction of these particular cabanes — the French word is used to name structures that we call cabins, huts, or sheds. 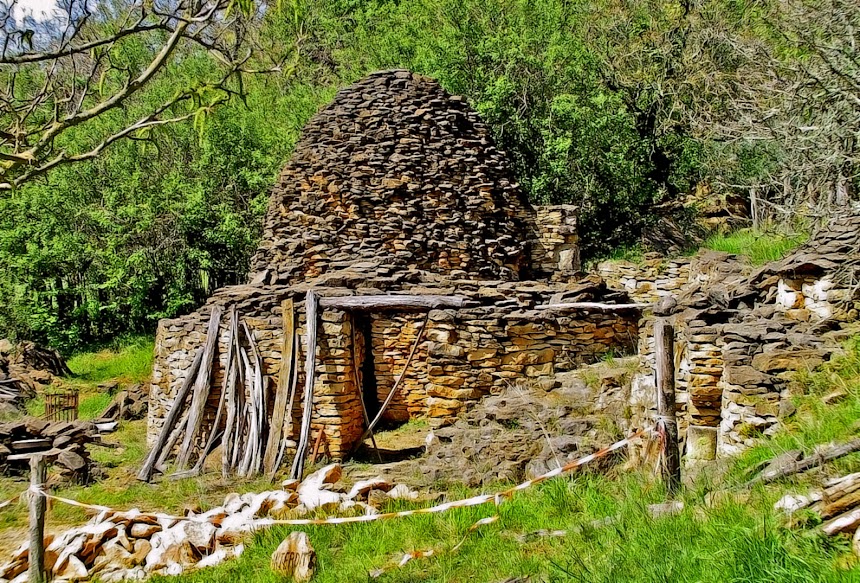 The cabanes are just stones skillfully stacked. To make farming easier, people would clear the stones that lay on the surface or just beneath the surface of the land where they wanted to plant crops. So in some regions, including the south of France, they had plenty of stones of the types they needed to build walls and roofs to make une cabane (or several). 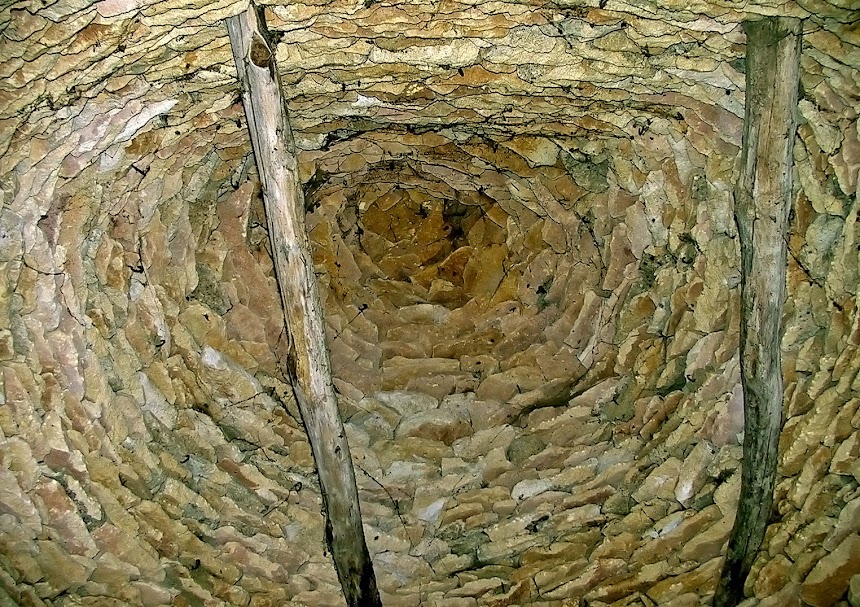 Here's the view looking up inside a cabane en pierre sèche. 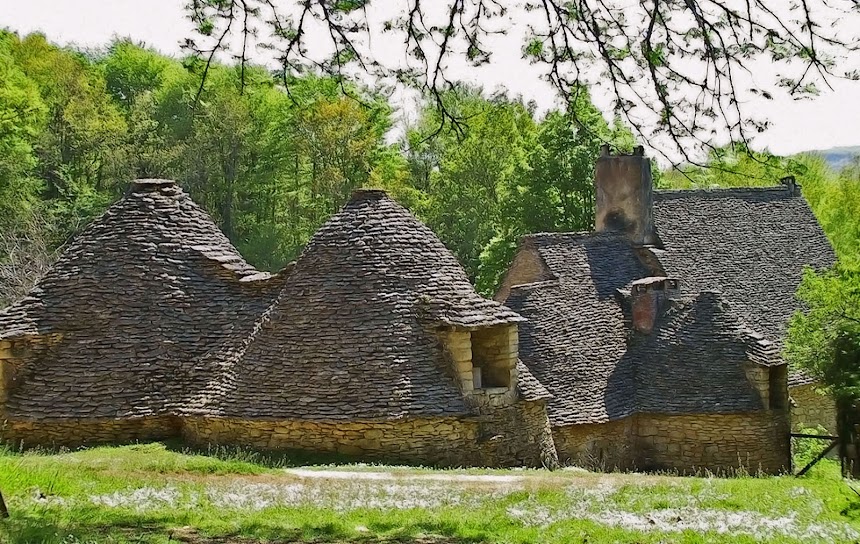 In the photo above, you can see that some of the cabanes are a little more elaborate than others. They have windows, for example. Below is a miniture cabane. I guess it could make a good doghouse. 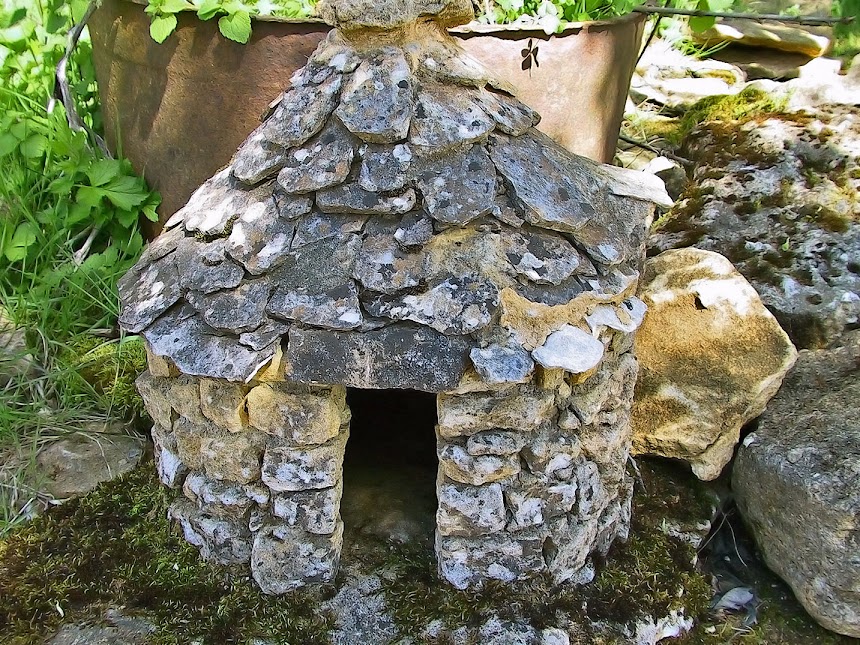