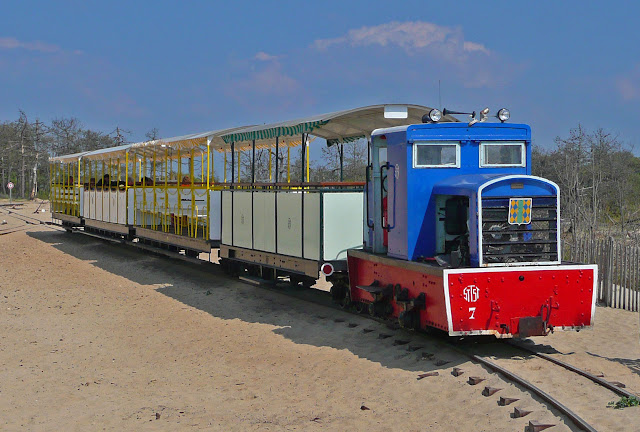 On the Île d'Oléron (SW France) there's a little tourist train that runs from the town of Saint-Trojan-les-Bains, on the southern tip of the island, out to a wide, flat ocean beach. Since we decided not to sit in traffic at the bridge to the mainland, which was being blocked by striking fishermen, we were looking for fun outings on the island itself. We decided to take a ride on the little train. It was a journey of about four miles. 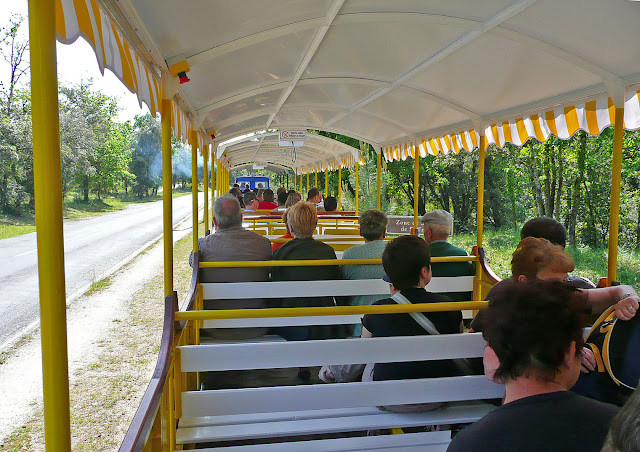 First we had lunch in a nice restaurant in Saint-Trojan (pop. less than 1,500). We sat outdoors on a terrace with a beautiful view of the bay. We could even see the bridge to the mainland off in the distance. I don't know why, but the restaurant had local fish on the menu — even though the fishermen were on strike — and we enjoyed our seafood meal. It was our only restaurant meal of the whole week we spent on Oléron. 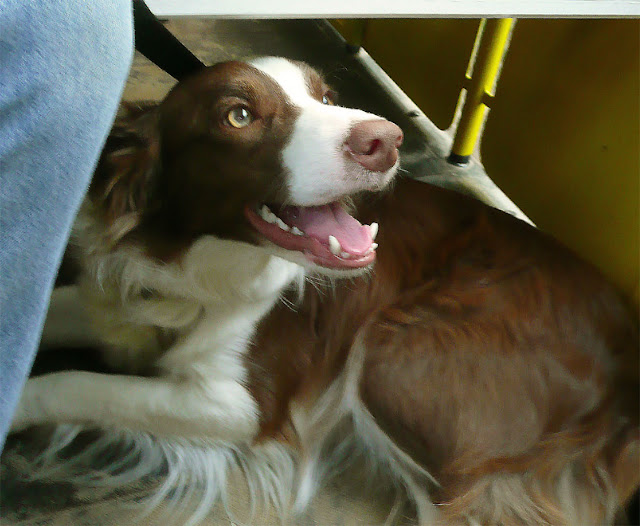 One reason we could take the little train was that the dog, Callie, could go with us. It was the first and only time in her 10-year life that she rode on a train. I'm sure she was pretty scared. We had also planned to take her on a boatride too, but the entrances to the island's and La Rochcelle's harbor were blocked, so we couldn't go. 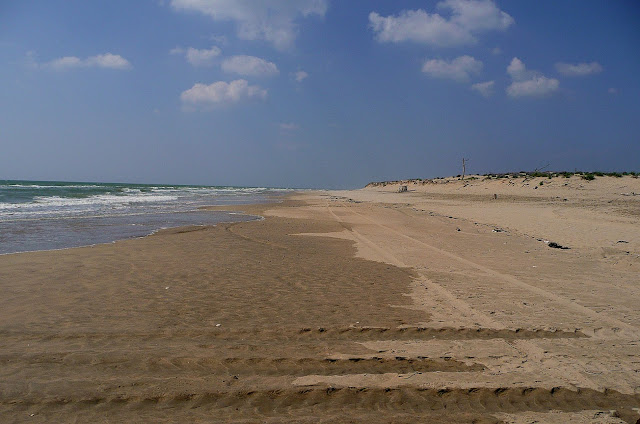 Here's the beach where the train dropped us off. It looked much more like a beach in North Carolina than did the coastline farther north at La Menounière, where we were staying. 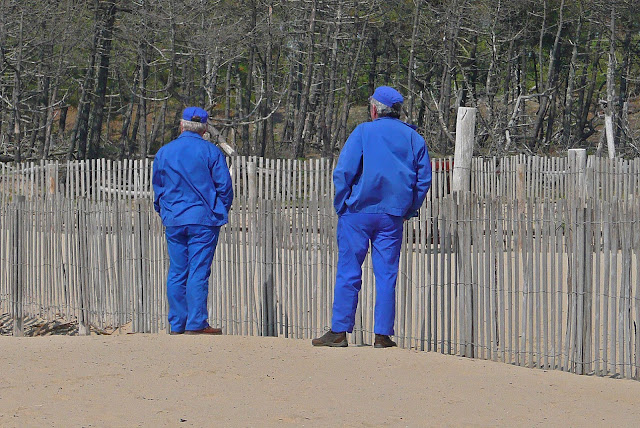 These blue-suited guys were the engineer and the conductor on the little train. I think we stayed out on the beach for about an hour before getting on the train and riding back to town. 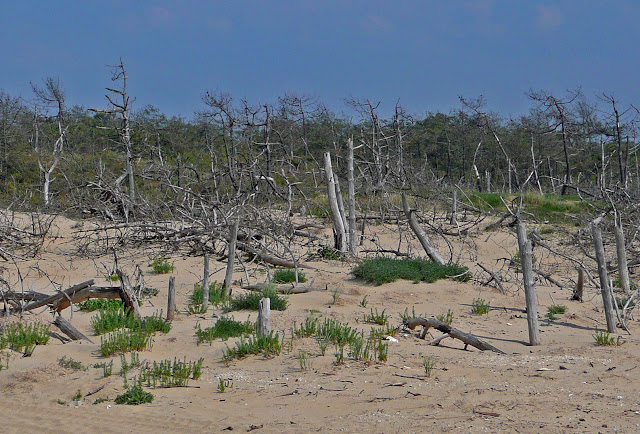 This was in late May. There had obviously been winter storms that pushed salt water up onto the beaches and into the woods at their base. Salt had killed a lot of little trees growing along the dune line. I've seen similar scenes in North Carolina after hurricanes blow through. There was a big storm in the area in 2010, and it brought high winds all the way to Saint-Aignan. We had two fruit trees uprooted by those winds, and tiles blown off our roof went flying around the neighborhood. 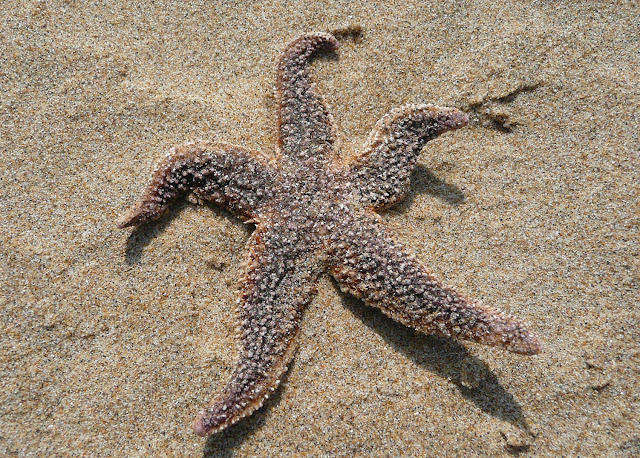 We saw crabs and starfish that had washed up onto the sand. All this was very familiar to me, since I grew up on the coast of North Carolina, four thousand miles to the southwest, at the other end of the Gulf Stream.
Posted by Ken Broadhurst at 06:15