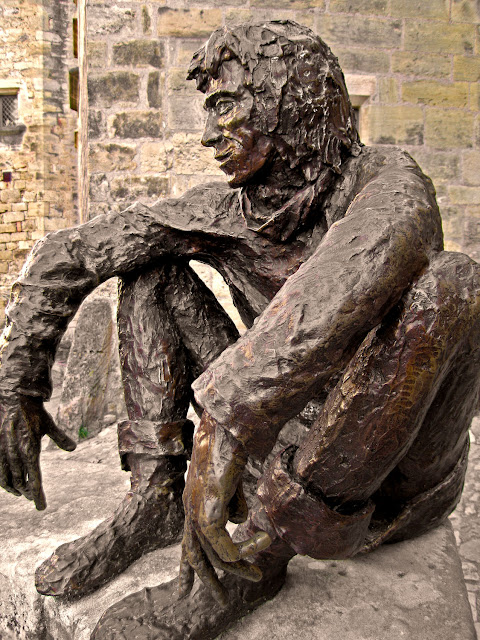 I guess one of the good things about going on vacation is getting surprised a lot. Good surprises, I'm talking about — the kind that are pleasing or amusing, and memorable. That's the kind of virtual vacation I'm having as I spend time looking through sets of photos I took more than a decade ago.

In the case of these photos, I've been surprised by them. I took them on the streets — or in one case, in the church — in the town of Sarlat (full name: Sarlat-la-Canéda) in 2006.

I don't know who this statue is supposed to represent, or why it was on display. If anybody knows, I'll be happy to learn about it. 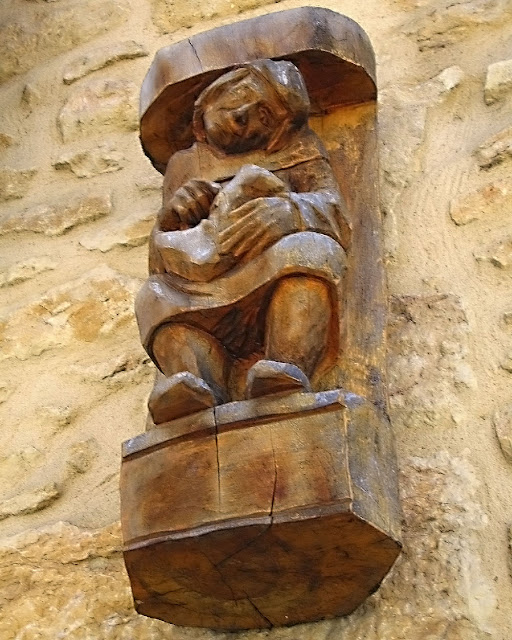 This one seems to have a medieval look, I guess. Again, I'm not sure why it was there, or for how long. The photos I'm re-discovering surprise and mystify me. 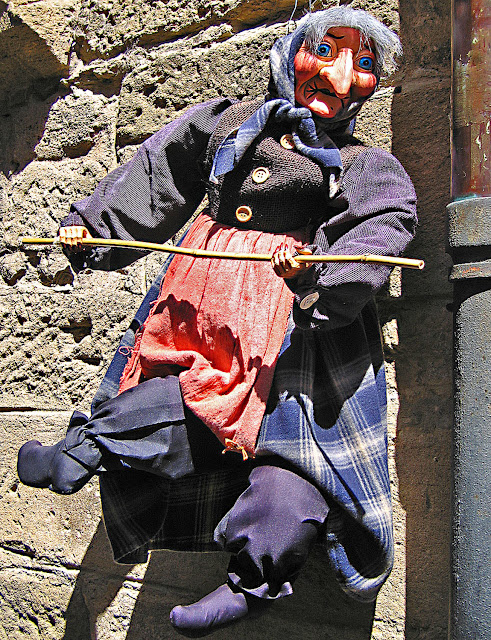 This one looks more ephemeral. In other words, maybe it's not "street art" but something that was on sale in the open-air market that day. I don't remember being tempted to buy it. 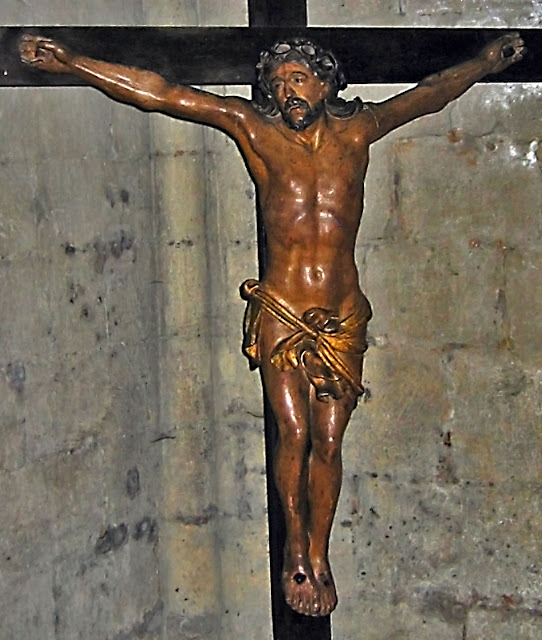 Some might say that this kind of art represents the greatest mystery of all, but there's not much surprising about it in our day. I must have stepped into the church in central Sarlat to take it. 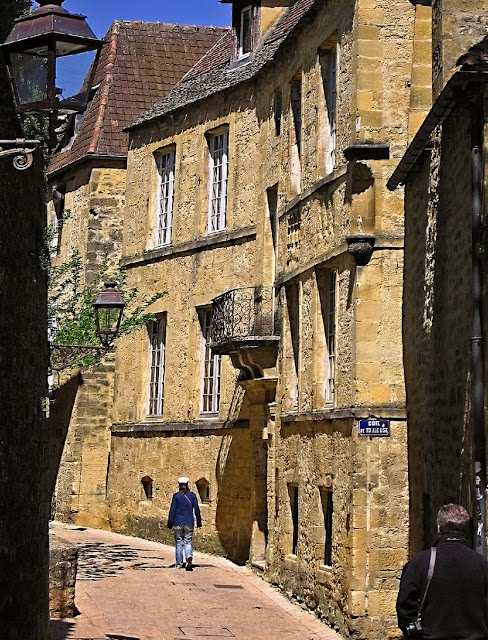 Finally, just a good street view. That's Walt in the lower right corner, back when his hair was still brown instead of gray. Things change in 14 years' time, don't they? I don't know who the other person in the picture is. The house is beautiful, though — at least I think so.

Speaking of hair, Walt and I are thinking and talking about cutting each other's hair. That's something we've never done before. We last got haircuts in January, I think it was. The woman who cuts our hair, Amélie, told us at that time that she was expecting twins in May. She said we should make appointments to get our hair cut in late March or early April unless we wanted to wait until July. And then the virus took us by surprise and non-essential businesses like hair salons were closed down. So here we are, more hirsute than we like to be. If we work up the nerve to do some shearing, I'll take photos. Our Grand Confinement is set to run at least through May 11, and I predict that for me it will last weeks or months longer than that.
Posted by Ken Broadhurst at 06:30