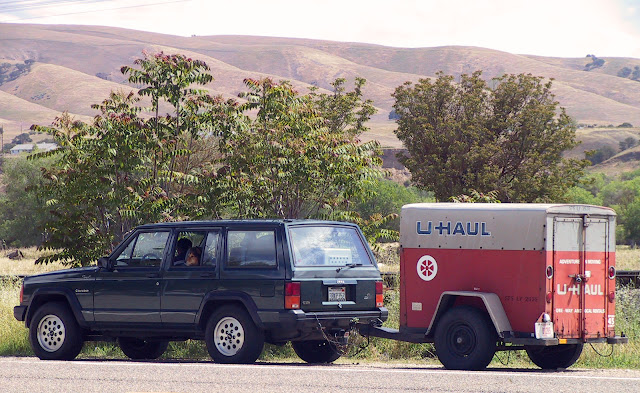 Yesterday I said that my virtual vacation, in honor of the coronavirus confinement, was over. And it is, for now. I have a lot of photos of confinement cooking I've been doing, but somehow they don't seem very interesting.
2003. There we are in the Jeep. In the trailer, we had our suitcases, a big armchair from our SF house and a fairly new television set that my mother wanted, plus some old pieces of family furniture that I didn't want to move to France. 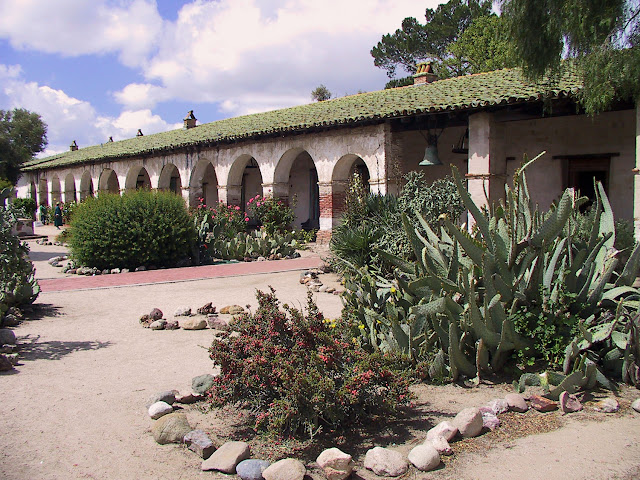 Meanwhile, a day or two ago Walt was reminiscing and said to me: "Wasn't it right about the end of April in 2003 when we left California and started our journey to France?" Well, it was. I remember because I remember clearly that we were in Tucumcari, New Mexico, on May 1, 2003, on our way from San Francisco to North Carolina and then on to France.

We left California 17 years ago today. We drove across North America from the Pacific to the Atlantic. One of the places we visited along the way was the Mission San Miguel in central California. 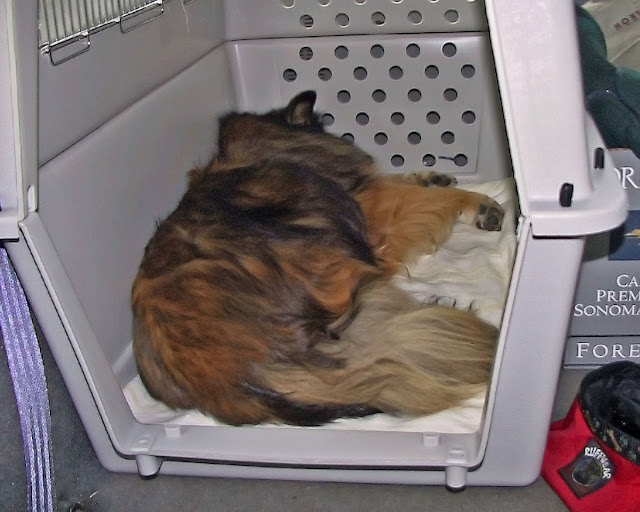 We were driving Walt's Jeep Cherokee, pulling a U-Haul trailer, with the dog (Collette) in the car with us. I had sold my car and we had sold our house in SF in March. We were going to spend some weeks or months with my mother at her house, the house I grew up in, on the N.C. coast. Until our visas were granted...
This was the "cage" that 11-year-old Collette would fly to France in, in the plane's cargo hold. She had never been kept in a cage before, and we weren't at all sure how it would work out. On the first day, a nine-hour drive, the dog got bored and spontaneously took refuge in the kennel for a nap. 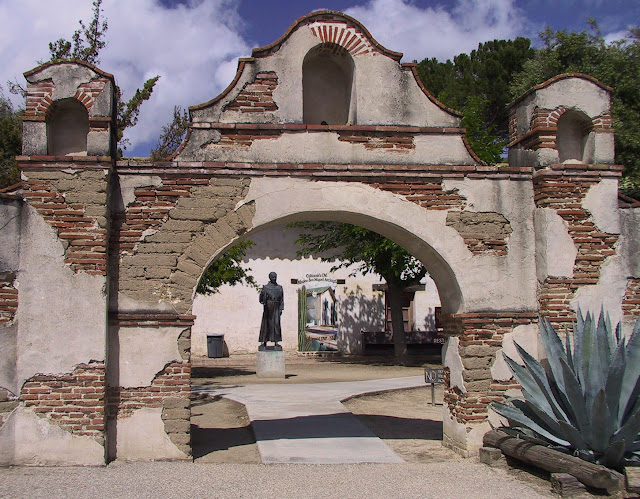 I remember May 1 in Tucumcari because that's the day I called Allied International, the moving company that we had hired to store and then ship a container load of our furniture, clothes, kitchen equipment, etc. to France for us. I gave them the go-ahead to put our container on the ship in the port of Oakland (California) that would take it to Le Havre. We had already bought our house in Saint-Aignan. We didn't yet have visas, but we must have felt confident that we soon would get them.

The Mission San Miguel Archángel was founded in 1797 by Franciscans from Spain. 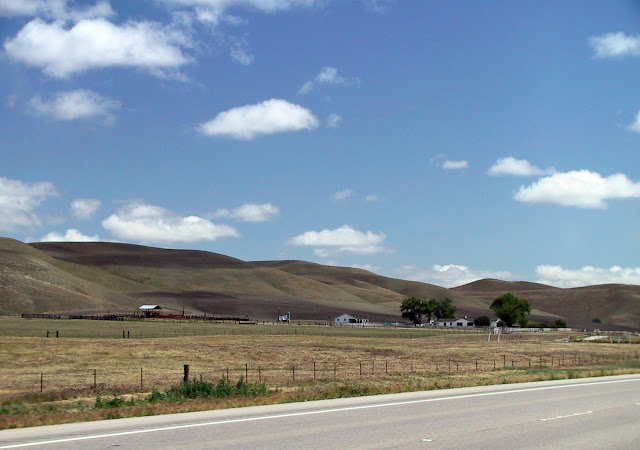 At least one of us had to be here in France to receive and sign for the delivery. It would take two months or so for the container to make the voyage, and if our visas hadn't come through by then, one of us would have to fly to France as a tourist to be here to sign the papers and oversee the unloading. Fortunately, it turned out that we got the visas in late May, and we ended up taking a one-way flight to France on June 1.
It was a nine-hour drive from San Francisco down to the southern California desert through countryside like this. Our friend CHM lived out in

the desert back then, an hour or more SE of Palm Springs, and we stayed at his house for two nights. Somehow, these    photos of a long road trip are comforting in this time of the Great Confinement in France. It was a real adventure.
Posted by Ken Broadhurst at 06:00