As you might know, CHM is my 95-year-old French friend of many years' standing. He has an apartment in Paris — he grew up in it and lived there until he moved to the U.S. in 1969. Over the past 20 or more years, since he retired, CHM has been spending summers in Paris. He also has a house in Virginia, where he spends winters. Right now he's in Virginia, and he's in a rehabilitation facility  after suffering a broken hip nearly a week ago.
I talked to him on the phone about 3 days ago. He was still in the hospital and was pretty groggy. Nothing was clear about what would happen next. He had already had surgery to repair the broken bone. But news was hard to come by after that short phone call, given the time difference and the current worldwide health crisis, for one thing. CHM was off-line — he didn't have his iPad with him.
After more than 48 hours with no news, I tried to reach him at the hospital in Virginia yesterday, but was told he had been discharged. That was good news, if you know what I mean. I rang his home phone four or five times over the course of the afternoon, but there was no answer. I thought, well, maybe he's at home but sleeping and he can't hear the phone. But I figured, too, that there was a good chance he might have been sent directly to a rehabilitation center rather than being sent home. He lives alone. 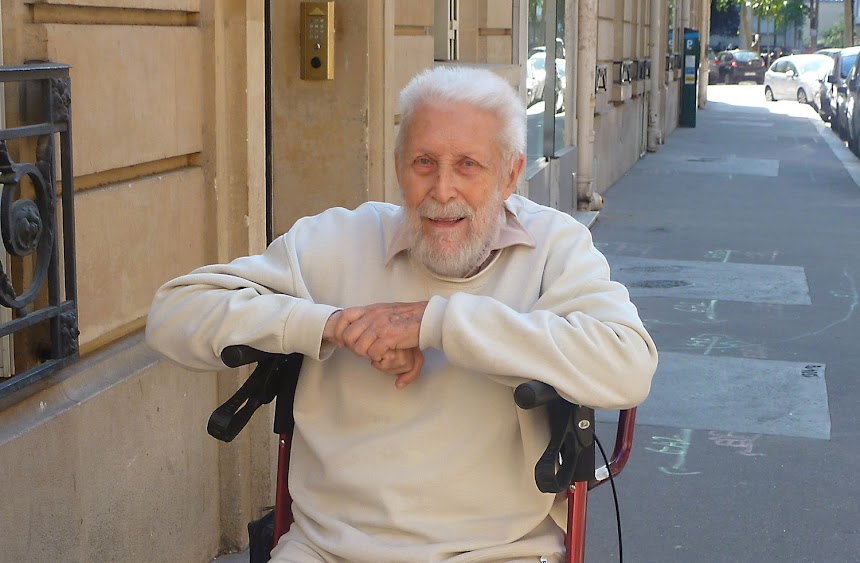 Well, that's exactly what had happened. I got an e-mail from him this morning. He's in a facility where physical therapists can help him get back on his feet. I don't think he'll be running any marathons any time soon, but I hope he'll be able to be independent and live at home again in the near future. I'm sending CHM all my best wishes and thoughts, and I'm sure all of you reading this are doing the same.
I first met CHM in early 1983, at a time when I had just returned to the U.S. after living and working as a teacher in Paris for three years. I was 33 years old, and I was trying to figure out what I was going to do next to earn a living. I took a test as part of the application process for a job as a French-English translator with the government. CHM was one of the people who reviewed the test. A few weeks later he phoned me one day to say he was looking for an editorial assistant or assistant editor to help him in his work as the editor of a French-language magazine that was published by the U.S. Information Agency for distribution in francophone Africa. He hired me.
We worked together for about four years before Walt and I decided to leave Washington DC behind and move to California. CHM and I stayed in touch, became good friends, and the rest is history. We've traveled around France together over the past 15 years, I've stayed at his place in Paris with him on numerous occasions, and he's stayed here with us here in Saint-Aignan numerous times too. Before that, in the late '90s, Walt and I were living in San Francisco and CHM was living part-time near Palm Springs, out in the Southern California desert. We used to enjoy driving down there for visits with him and his friend Frank, who passed away in 2006. I'm so glad to know that he is okay and back on line.
Posted by Ken Broadhurst at 07:07