If you are American, you've in all likelihood been eating chicken salad sandwiches all your life. And maybe you make your own chicken salad, as I do. Chicken salad is not something I've ever eaten or even seen in France. There are French salads, including salade piémontaise (potato salad), made in a similar way. 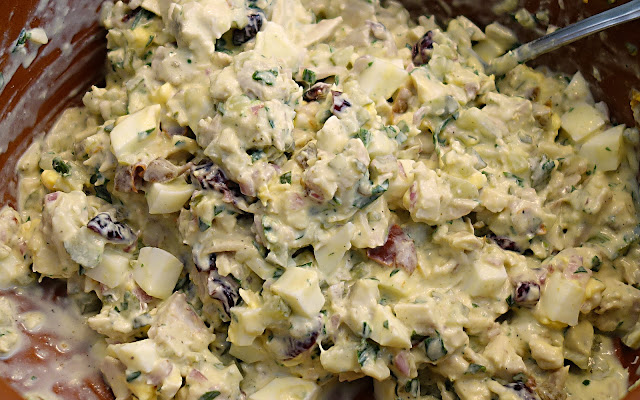 However, I did find one recipe on the internet — it's here, and it looks and sounds like the American classic. The chicken salad I made, using some of the breast meat (diced) from the capon I roasted in the oven last week, was made with Maille mayonnaise lightened up by the addition of some plain yogurt and a little bit of Savora, a spicy French condiment that is a flavored mustard. 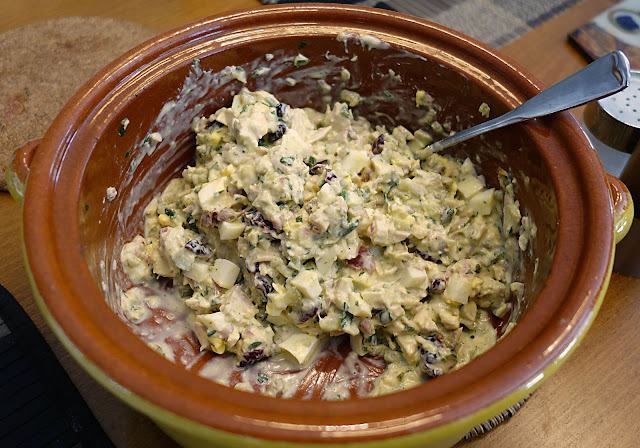 Other ingredients are chopped shallot, celery (céleri-branches), roasted red peppers, hard-boiled eggs, and pickles (cornichons aigres-doux), along with some dried cranberries. You can use capers or classic French cornichons instead of the pickles we used. Another good addition would be some chopped, toasted walnut meats, but we didn't put any in this time. 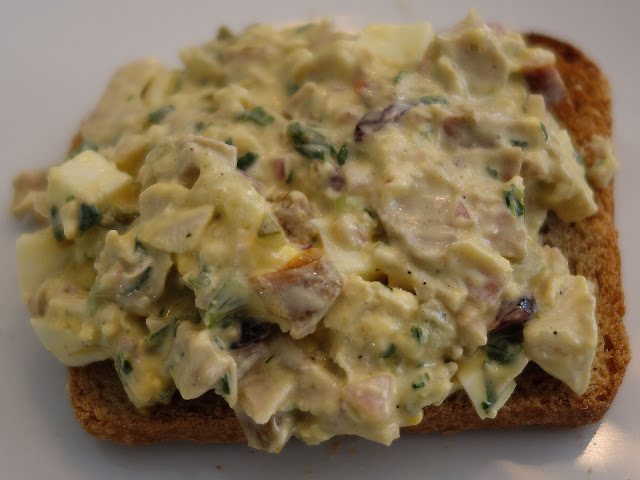 We ate our chicken salad on slices of lightly toasted bread as what we call "open-face sandwiches" (tartines in French). They're something you eat with a knife and fork. 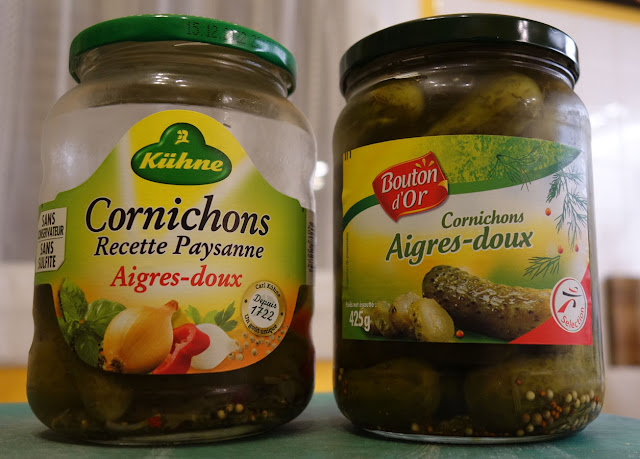 Cornichons aigres-doux are very similar to American dill pickles. The supermarkets have their own brands, and one widely available name brand is Kühne, which is German. 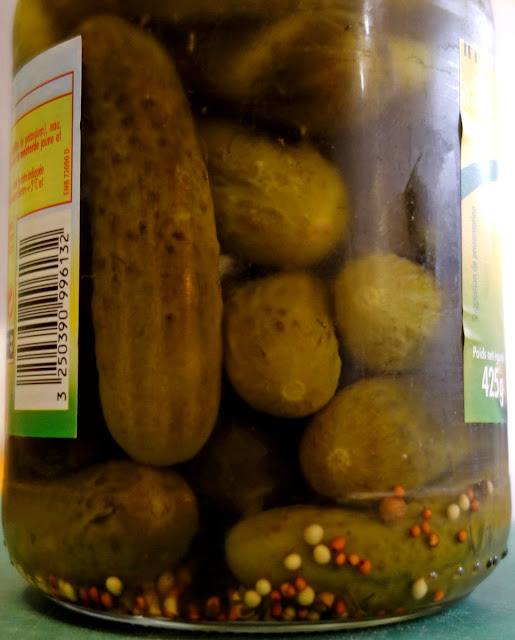 The expression aigre-doux means "bitter sweet" or sweet-and-sour. I don't remember seeing such pickles in France until maybe 10 years ago. 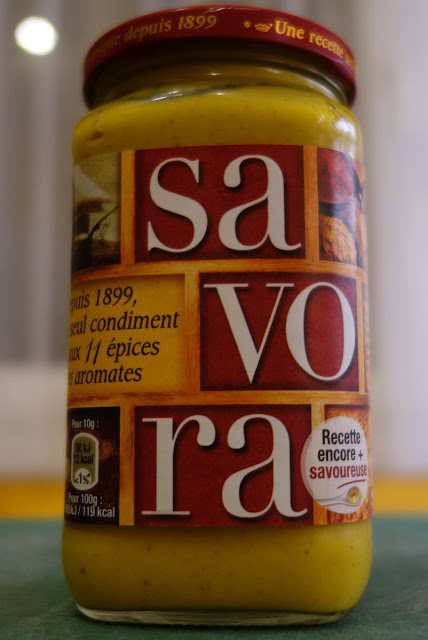 Savora was originally a British product, but the brand "became French" — according to Wikipédia.fr — in 1964. It's produced by Amora, a French mustard company.
Posted by Ken Broadhurst at 07:00