Yesterday morning I filled out my déclaration sur l'honneur to justify a trip to the supermarket to pick up a load of groceries I had ordered on line — cream, flour, wine, dog food pouches, dog treats, and cat kibble. I left the house at 11:45 for a noon pick-up appointment. I passed maybe half a dozen other vehicles on my way to Super U, which is no more than four miles away. I saw no gendarmes on the road or at the roundabouts, so I didn't actually need to show my déclaration to anybody.


At Super U, the parking lot was half empty, but a crowd 30 to 40 shoppers stood in front of the store. They formed a long line, each shopper separated from the others by about two shopping-cart lengths. There was a security guard stationed nearby to enforce the "social distancing" rules. I was glad I hadn't planned to go inside to shop for my groceries. I wonder how long the wait to get in was, and how many people they let into the store at any one moment. I didn't talk to anybody, and I hadn't thought to take my camera with me. 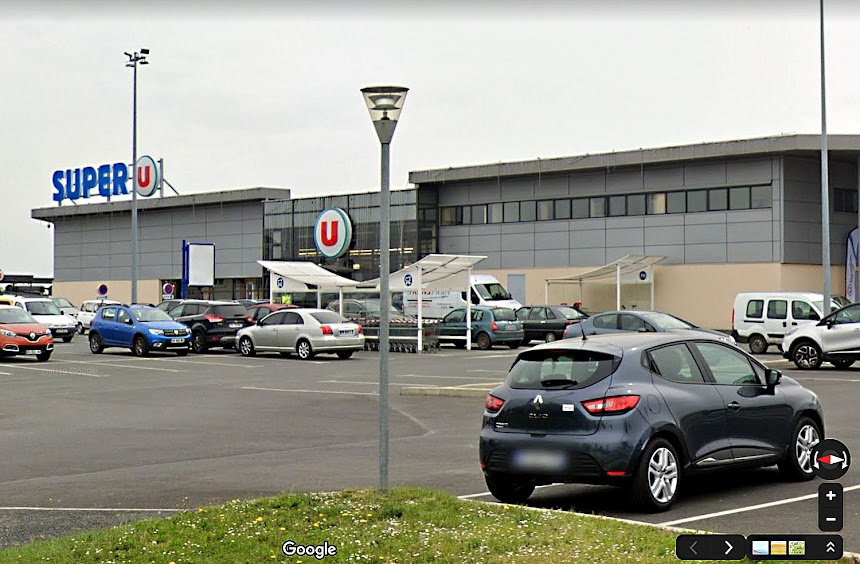 The Super U store in Saint-Aignan, courtesy of Google Maps street view


I drove past the line of aspiring in-store shoppers to the store's back gate, which separates the parking lot from the loading docks and doors opening into to storerooms. There was a key pad with a paper note taped up next to it saying to press the key labeled courses (shopping, groceries) to alert the clerk that you had arrived. After a short delay, a woman answered over the intercom and asked me my name. That's always a crucial moment because Broadhurst is not an easy name to say using French pronunciation rules and conventions — too many consonant clusters and that weird -oa- vowel combination — but the clerk understood. My saying my impeccably French first name, Charles [sharl], probably made the difference. (Kenneth is my middle name.) 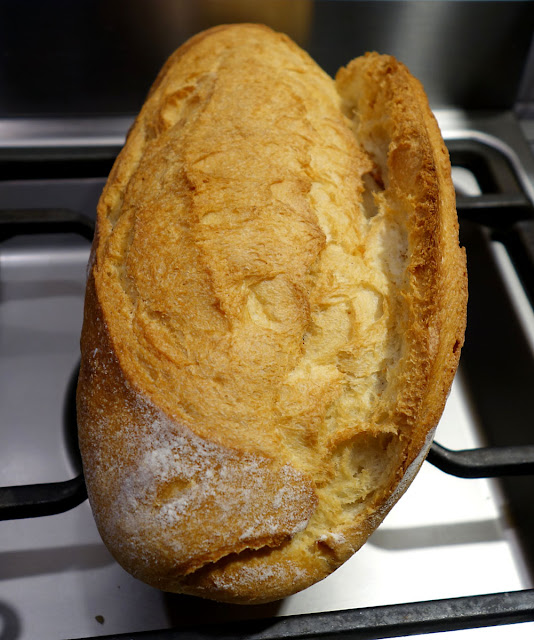 She buzzed me in, and the gate opened at an escargot's pace. Masked and gloved, the store employee opened the door to a small office with a computer on a desk. Your order is ready, she said. We didn't have to make any substitutions, nothing out of stock. I asked her if she needed to see and scan my Super U carte de fidélité, French carte de résident, or any other paperwork. No, she said, no need. C'est bon — you're good to go.


She rolled a little cart out to the car and started loading the items I had ordered into a plastic bin I had put in the trunk for that purpose. I helped her. I was wearing  a pair of fleece gloves — they were the only ones I could find to wear. Mostly, having the gloves on way a way to remind myself not to touch my face after handling the groceries. So that was that. I just drove away, after saying merci.


I learned a new French word yesterday. It's postillons, meaning the little droplets people sometimes spit into the air when they're talking. Christiane D used it in a comment she left on yesterday's blog post. If I had ever heard it before, it hadn't registered with me. It has to do with the informal American expression that goes "say it, don't spray it!" We're probably all guilty of "spraying" rather than just saying something once in a while. The dictionary describes postillons as gouttelettes de salive que l’on projette en parlant. They are one reason people are being asked to wear masks during this current pandemic. Those droplets are dangerous. 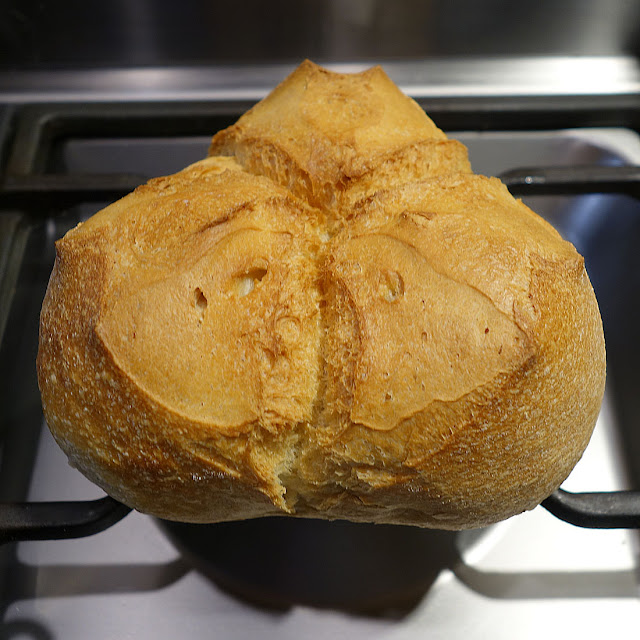 Une boule blanche from the boulangerie


When I left the supermarket, I drove into town to buy some bread, which I had forgotten to order with my other supermarket courses. The boulangerie was empty except for the woman behind the counter and a man who appeared to be the boulanger and who was just standing around in the shop. Both were smiling and greeted me like an old friend. But there was little bread to be had. No baguettes. And just one pain (which looks like a baguette but bigger). There was also a loaf of pain de campagne (a bread made with a mixture of wheat and rye flour) and one boule blanche (white bread baked in a round shape). I bought all three of those to put in the freezer.


New in the baker's shop was a tall plexiglass screen behind which the woman selling bread stood when she told you what you owed her for the bread. There was a little opening at the bottom that you slid your money through and she pushed your change back through. It was like paying for a movie or train ticket. It was not very charming or quaint, but it offered the boulangère protection against stray postillons.
Posted by Ken Broadhurst at 07:00