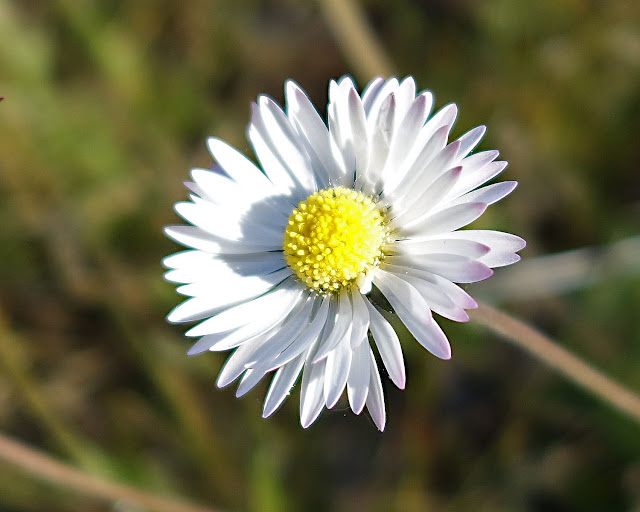 For years I've assumed that the little flowers called pâquerettes [pah-'kret] were named for the Easter holiday — Pâques [pahk] in French — because that's when they come back up and bloom. Now this morning I read in the French Wikepédia article that the name pâquerettes may well derive from the Old French word pasquier, meaning "pastures" or "pastureland" — which is where these little flowers bloom. 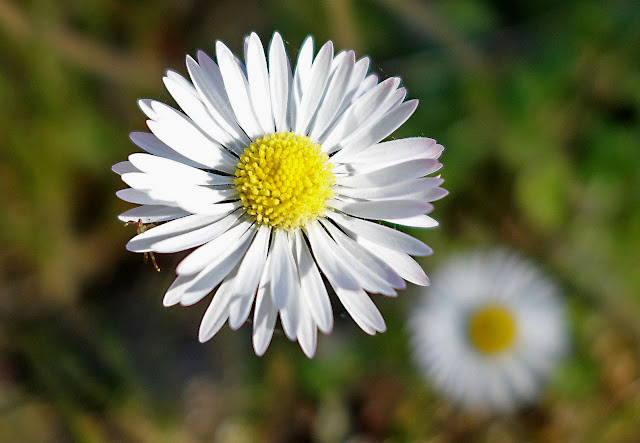 In the anglophone world, we call these flowers "English daisies" or, probably especially in England, "lawn daisies" — they are a European plant that's been naturalized around the world, including in North America. The flowers are tiny, at about two centimeters (less than an inch) across. At least the ones that grow here on the edges of the Renaudière vineyard are small like that. 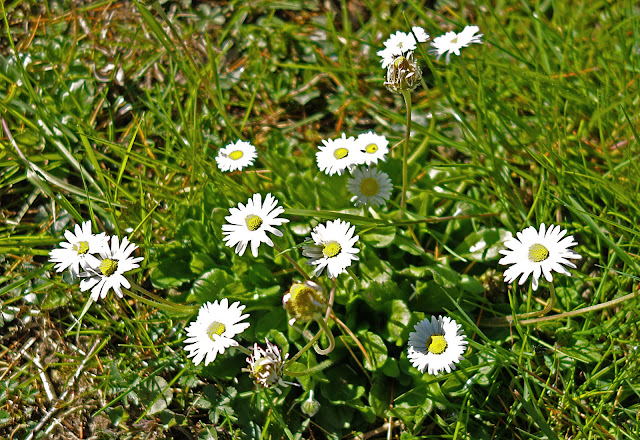 The English daisy's leaves are edible raw or cooked when young, but I've never tried them. Put them in a salad. They can be slightly bitter, so it's better to mix them with some milder-tasting salad greens. If we needed to, I guess we could eat big no-cost salads of daisy leaves and dandelion leaves at this time of year. The flower buds and the petals can also be eaten raw in sandwiches, soups, and salads, the English Wikipedia article says. Or the flowers can be made into a tea. 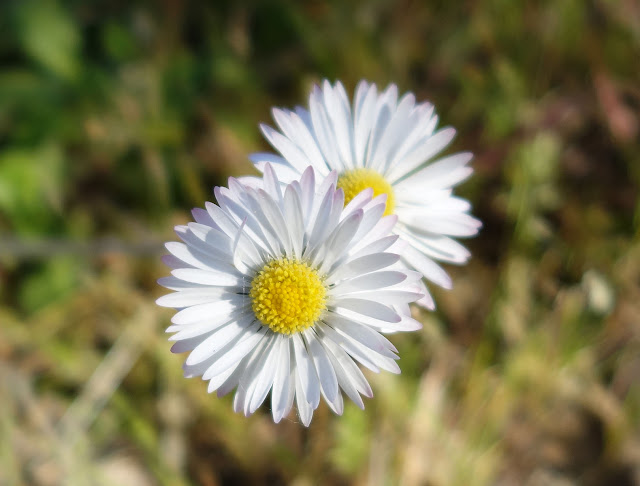 BTW, I felt really lousy yesterday. In the afternoon I had a headache and I felt really hot. Uh-oh, I thought, am I coming down with la peste (the plague)? I felt weak and sort of feverish when I came back from my late afternoon walk with Tasha. After moaning and groaning for a while, I got up and looked at the thermometer up in the loft, where we were watching Cecil B. DeMille's Ten Commandments movie on TV in honor of Easter. The temperature was above 25ºC — 77ºF! When you're used to inside temperatures of about 65ºC as winter ends, that feels hot. This morning I'm feeling fine.
Posted by Ken Broadhurst at 06:36