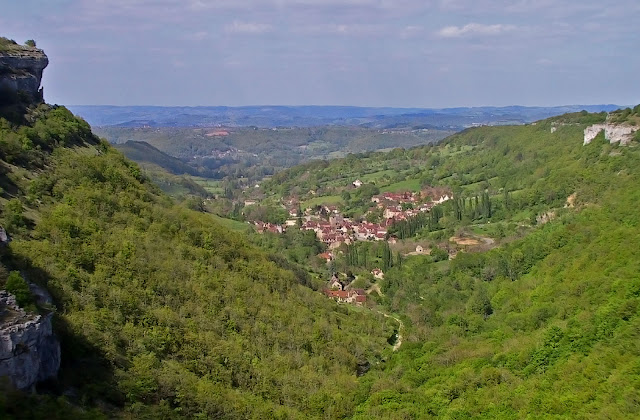 On one of our days in the southwest of France in 2006, we drove from our gîte near Sarlat down to the hillside village of Rocamadour. You've probably heard of that place, or visited it if you travel much in France. Rocamadour is one of those places like the Mont Saint-Michel in Normandy that is often completely overrun with tourists. Still, it's worth seeing once in your life. 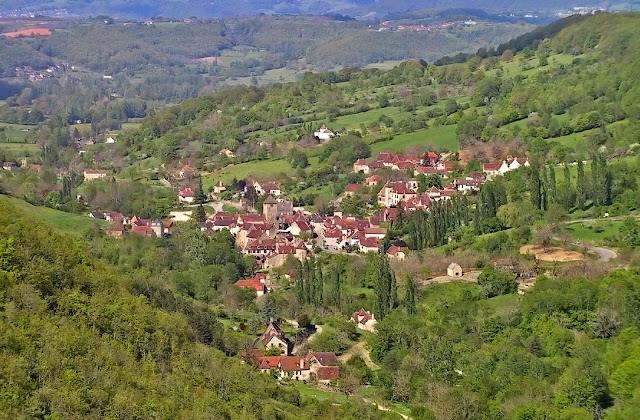 Only a thirty-minute drive from Rocamadour, to the east, is an old village called Autoire. Just 350 people live there. I'm sure most tourists have never heard of it. I never had. It was one of those pleasant surprises that we enjoy on vacations. This is an area that used to be called le Quercy, a historical province centered on the town of Cahors on the Lot River. 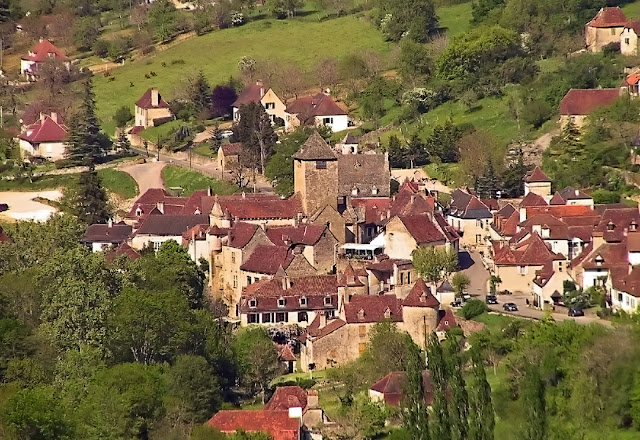 About all we did there was stop at different points and take a few photos. We had just visited another huge tourist attraction in the area, a natural chasm called le gouffre de Padirac. It's funny, but my memories of famous Padirac are sort of vague, but my memories of Autoire are vivid. I guess it's because I have these photos. I don't think we were allowed to take photos in the Padirac chasm, or maybe it was just too dark down there. The chasm is 103 meters deep — 340 feet — with an underground river at the bottom. 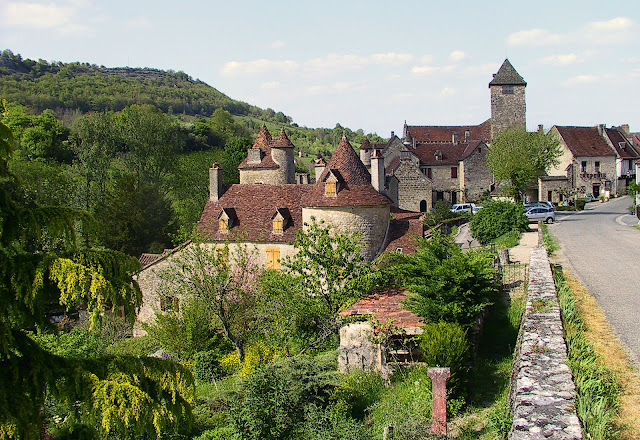 There is not a lot of information about Autoire on the internet. A couple of sites I've seen listed and tried to look at won't even open up. One of the town's attractions is the ruin of an ancient fortress known as the Château des Anglais — the English captured it in 1378 and it was one of their strongholds during the Hundred Years' War. There's also an 11th-century Romanesque church in Autoire that's listed as a historical monument, as well as the late-15th-century Château de Limargue. 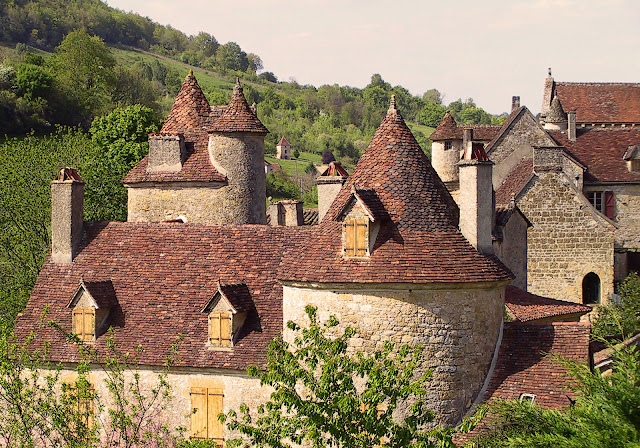 Looking at these photos and reading the little bit of information about Autoire that I've been able to find this morning really makes me want to go back there and spend a few days. There's a bigger town called Saint-Céré (pop. 3500) nearby, and other towns called Carennac and Bretenoux, with their own châteaux are within half an hour's drive. I guess I should start looking for gîtes ruraux  to rent in the Autoire area for future vacations — when the Grand Confinement is over, if ever.