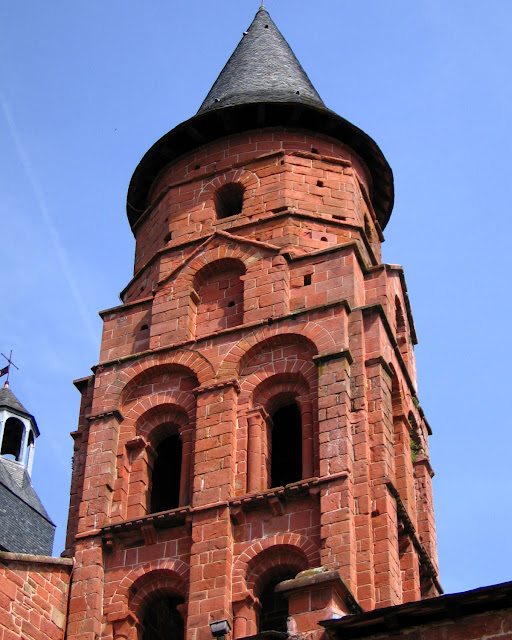 I'll wrap up my three-part series of photos showing the beau village of Collonges-la-Rouge with a few shots of the town's church. I'm also wrapping up my virtual "confinement" vacation. It's time to get back to work.

People down there in Collonges have been using that red sandstone as a building material for a long, long time — the church was built (starting) in the 11th and 12th centuries. Like most ancient buildings in France, it has been modified — fortified, restored, expanded — over the course of the centuries, for defensive reasons or just because the town was prospering and tinkering with the church was a good way for people to spend some money and demonstrate the strength of their faith. 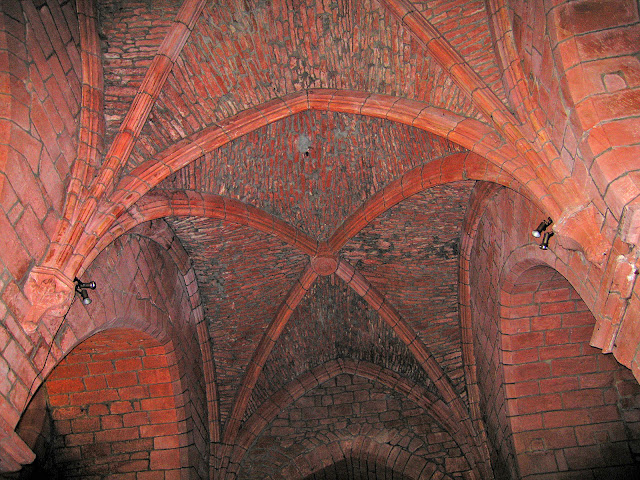 Anyway, what work do I need to do? Well, the vegetable garden needs to be prepared for planting. The conventional wisdom here in the northern part of France is that the last danger of frost falls on about May 15. Religion is involved, of course. The three Catholic saints who are honored on May 11, 12, and 13 are called Les Saints de Glace — the "ice saints". (Every day of the calendar year is dedicated to a saint.) 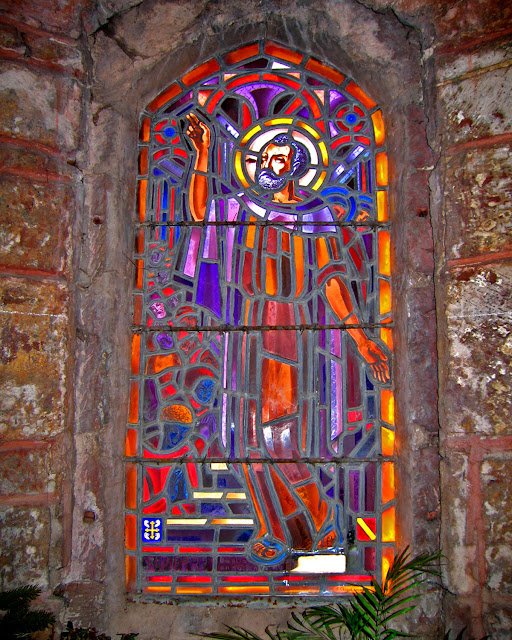 Those three days in mid-May often bring a spell of cold weather to France and other European countries (Austria, Belgium, Germany, Italy, etc.). Snow has been known to fall during the ice saints' days. Right now the weather is fairly warm, but just to be cautious we don't set seedlings out in the garden plot before May 15. In some years, when the weather in May turns rainy and cool, we don't plant the garden until June 1.


By the way, the church in Collonges is dedicated to St. Peter. Here he is in stained glass. 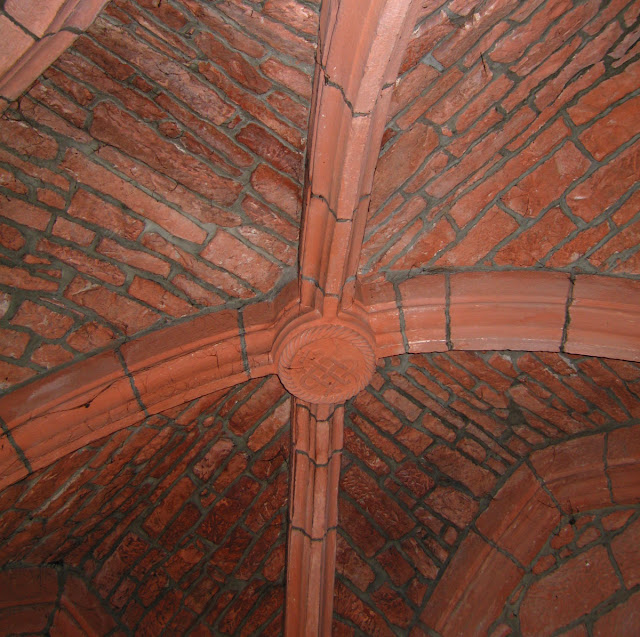 We had a very wet and mild winter this year, so a lot of tenacious weeds have taken root in the part of the garden plot that we didn't cover with a tarp, for several reasons. We had a winter crop of kale growing there, and we also gathered up yard trimmings and debris and made what we call "a burn pile" — all that stuff has been burned now. So I need to get the rototiller out and start turning the soil over and uprooting the weeds. It's going to be a lot of work. 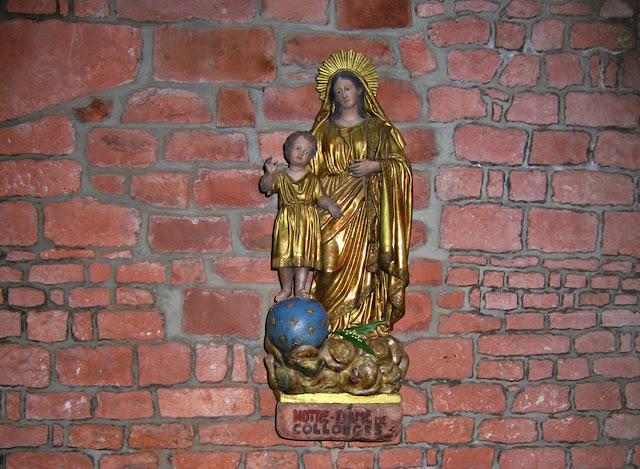 Speaking of vegetables, yesterday I drove up to Super U, a supermarché just three miles from our house, to pick up a load of groceries that I had ordered on-line last week. And I actually got some broccoli! A week or 10 days ago, the last time I went to collect kitchen provisions, there was no broccoli to be had. Yesterday there was, and I'm happy. Lunch today will be a broccoli and chicken stirfry. 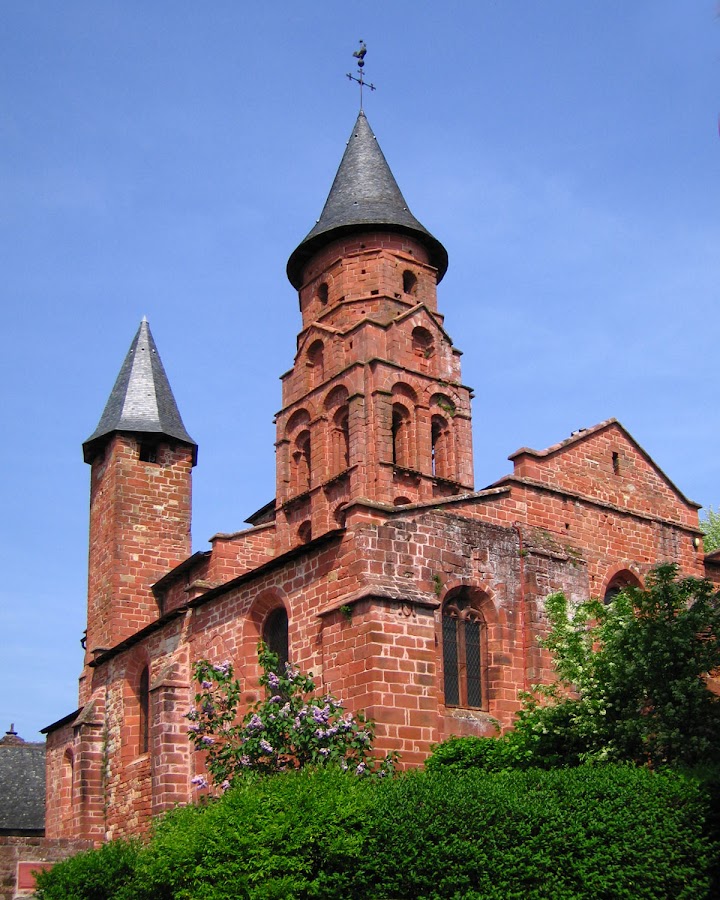 The one thing the supermarket didn't have in stock yesterday was yeast. We have very little yeast left after baking bread twice recently. I think I might have to make a sourdough starter using the little bit of yeast that we do have. That will stretch it so that we can make bread again next week.
Posted by Ken Broadhurst at 06:00