The weather turned chilly again this week, but I don't think the morning temperatures have been low enough to damage the new growth on the grape vines. I took these photos of new growth on the vines last week but have just got around to examining them. 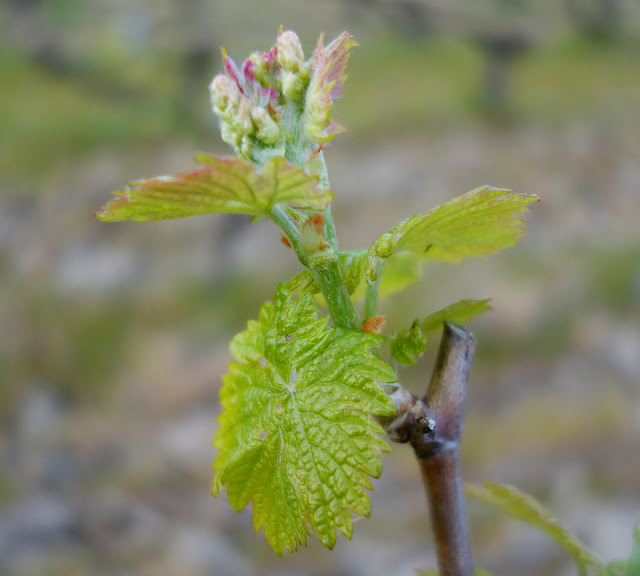 The dry, sunny weather has encouraged me to take my camera with me on walks with Tasha. I've always enjoyed taking close-up (macro) shots with my cameras. The Sony model I'm using is 7 or 8 years old — I bought it used and refurbished. 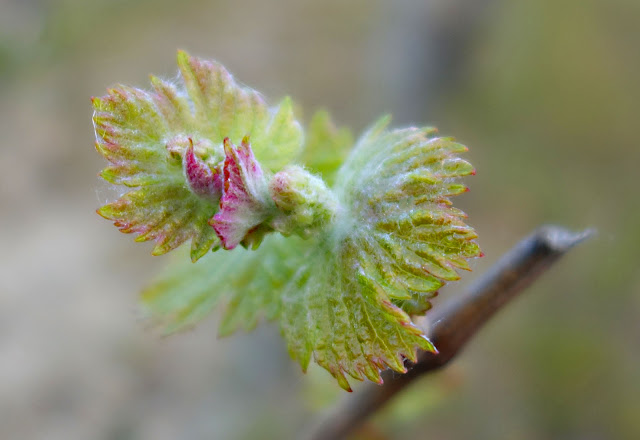 Yesterday I went to the supermarket to pick up a load of groceries. I don't go inside, but I noticed that there was no line of customers waiting to get into the store. It was only 9:30 when I got there. Some things I had ordered, like a couple of heads of broccoli, weren't available, and there were some substitutions made for other items I wanted. However, I did get a lot of the things I did want, including a couple of steaks for the grill and some pot au feu (stew) meat along with carrots and a head of cabbage, as well has three kinds of cheese. 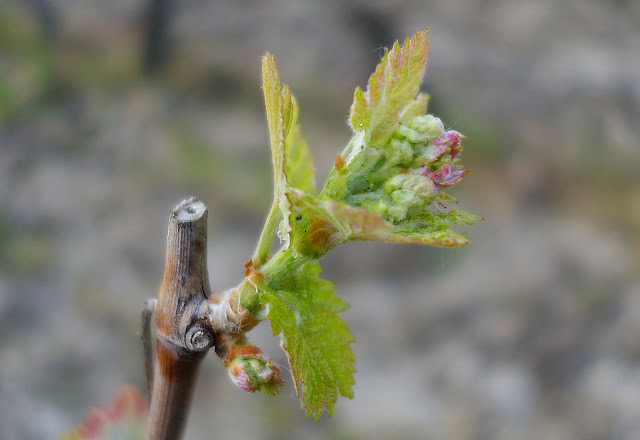 My second stop was at the pharmacy to get my regular medications. All the clerks were wearing masks, but not wearing gloves. The man who filled my prescriptions picked up my health insurance card with a tissue, being careful not to touch it, and inserted it in the card reader. When he was done, he pushed the reader toward me and asked me to take the card out myself out so that mine was the only hand that came into contact with it. I paid with my bank card using a method that's called a sans contact transaction. 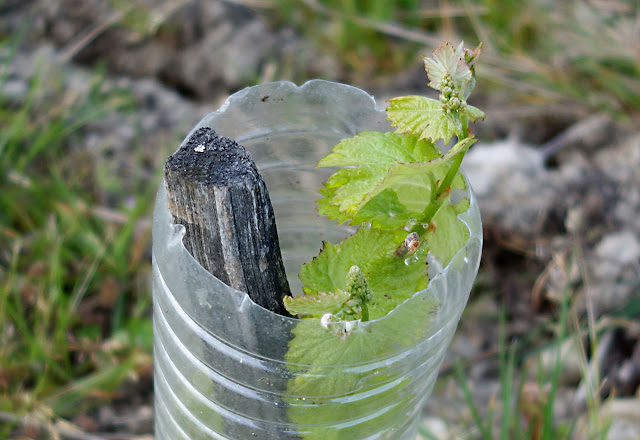 To pay this way, you just have to hold your card close to the bank card reader for it to detect the card's embedded chip. You don't have to enter a PIN (un code secret) or sign anything. The sans contact method works only for small amounts.

My last stop was a the bakery to get some fresh bread. I got several baguettes and other loaves for a total of just over five euros. Again, I paid using the sans contact method. I mentioned to the boulangère how practical the no-touch payment method has turned out to be, given the current medical crisis. She said she thought people were going to be doing sans contact payments a lot more in the future than ever before — before now, many people thought it wasn't secure and insisted on entering their PIN. Sans contact will be part of our new normal. Do they use that payment method in the U.S.?