How and when to visit Rocamadour 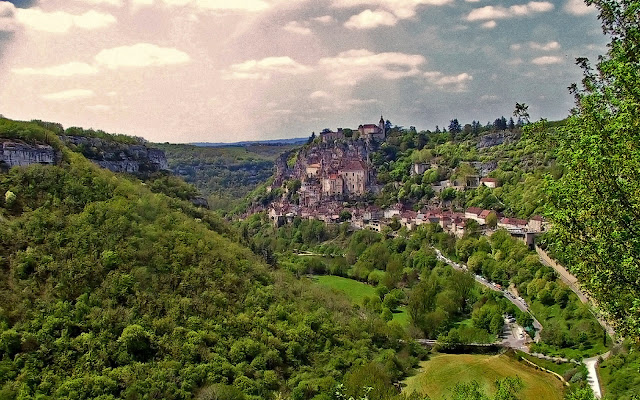 Now that I've mentioned Rocamadour, I have to do a post or two about the place. I've been there twice, in pre-digital (I'm talking about photography) 1995 and again in the digital age, in 2006. This is my virtual vacation week, and maybe just sorting through and processing photos turns out to be one of the best ways to see Rocamadour. Avoid the crowds. These are some pictures I took as we arrived there on a very busy tourist day, April 30 (the eve of the big May 1 holiday in France). 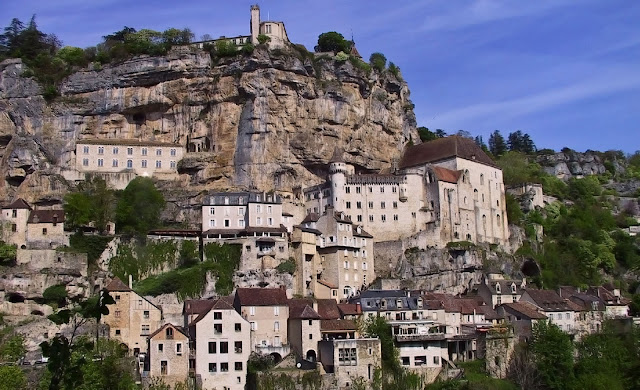 As I've mentioned, another tourist site that rivals Rocamadour when it comes to mobs of tourists is the Mont Saint-Michel. We went there in 2006 as well, a month after our trip to Rocamadour. It was a miserable experience. The weather was beautiful. It was June, not even peak tourist season. There were thousands of people shuffling along the steep, narrow streets of the Mont. It was suffocating. We went there because a good friend from California was visiting and she had never seen it before. 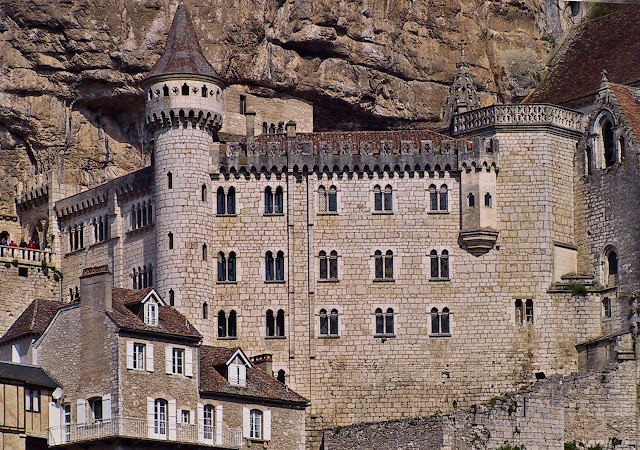 So what we did was go back in 2007 in wintertime. It was a trip we took on my birthday in early March that year. We rented a room on the Mont and spent the night — just one, I believe. The weather cooperated, and we pretty much had the place to ourselves, especially after 6 p.m. when the few busloads of tourists had departed for the day. The streets emptied out, and we found a good place for dinner. There were just enough people in the restaurant that it didn't feel deserted and sad, and the food was good. 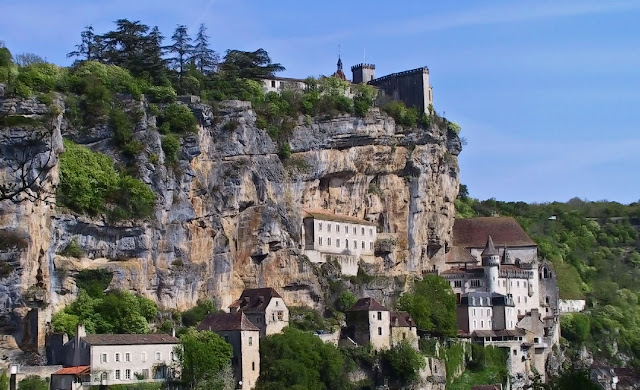 The next morning, we saw the tide come in and the Mont temporarily become an island. That was one of the moments I wanted to experience. So what if rain was pouring down — you expect that in Normandy. It's atmospheric. If you don't get soaked, or at least pretty damp, you haven't really been there. We then drove back to Saint-Aignan (4 or 5 hours on the road). It was fun. 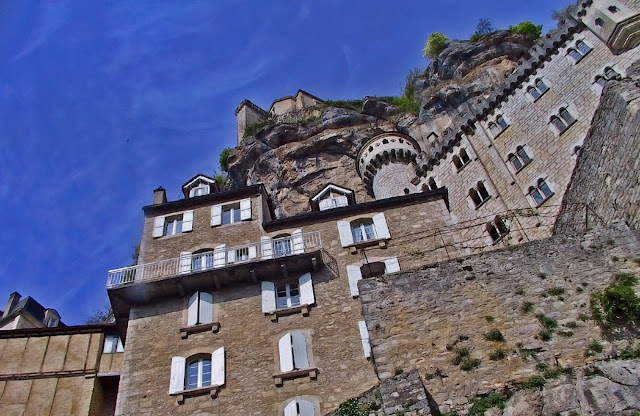 Maybe it's not fair to compare Rocamadour to the Mont Saint-Michel. Sorry to give you text about one place and photos of the other.

P.S. I just found a web site that lists the 125 famous places France that draw the biggest crowds every year. Eurodisney, the Louvre, and the Eiffel Tower in Paris all top six million visitors annually, with Eurodisney far in the lead. At between one and 1.5 million a year, the Mont Saint-Michel is in the same league as the great cathedral in Reims (Champagne), the Arc de Triomphe in Paris, the American military cemetery at Colleville (near Bayeux and the D-Day beaches in Normandy), and — uh-oh! — the Beauval zoological park in Saint-Aignan, with its giant pandas. Rocamadour doesn't even make the list. So go there if you can. Rocamadour needs your business!
Posted by Ken Broadhurst at 07:30