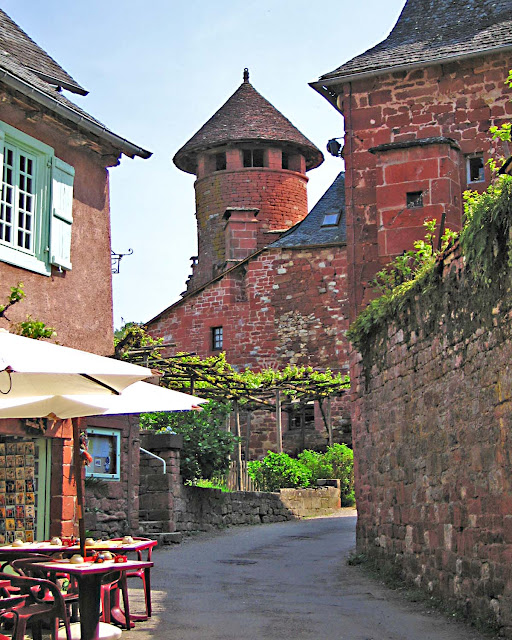 Collonges-la-Rouge, with its permanent population of about 500, is a village located just 20 miles north of Rocamadour, 10 miles south of the bigger town of Brive-la-Gaillarde, and approximately a three-hour drive south of Saint-Aignan. Most of the buildings in the town are built out of local red sandstone. 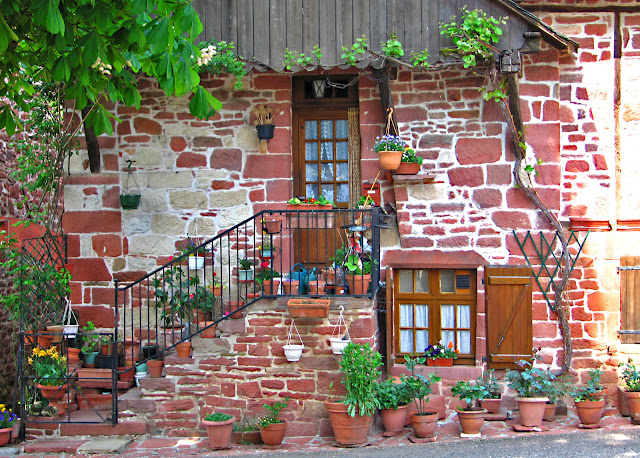 The town of Collonges dates back more than a thousand years. For a time, in the 1300s and 1400s, it was a prosperous wine village — its wines were appreciated by the popes, who at the time had their residence in Avignon. Collonges was especially prosperous during the early and mid-1500s, the time we call now the French Renaissance. It became the "residential capital" of its region. 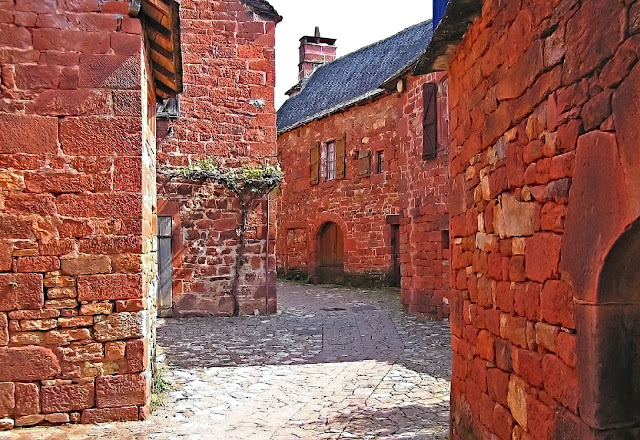 The town made it through the French wars of religion in the late 1500s relatively intact. Catholics and Protestants shared use of the church. Collonges remained prosperous through the 1600s and was acquired by the French monarchy in 1738. Then came the French Revolution of 1789. The town suffered, and its population declined. Its buildings were used as a stone quarry in the early 1800s. This scenario was too often repeated in France. 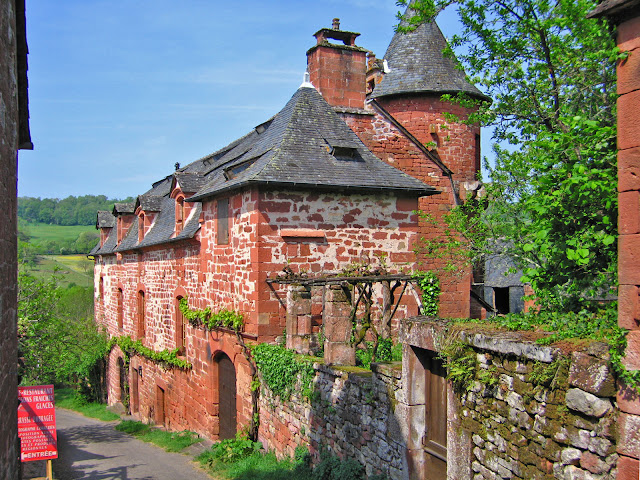 After a brief resurgence as a wine village in the 1800s, the imported-from-America phylloxera scourge struck and decimated the vineyards. The vines were pulled out and were replaced by walnut groves as well as farms and pastures. In the early 1900s, local people and the town government mounted a campaign to save Collonges and its remaining buildings. Many were classified as historical monuments. 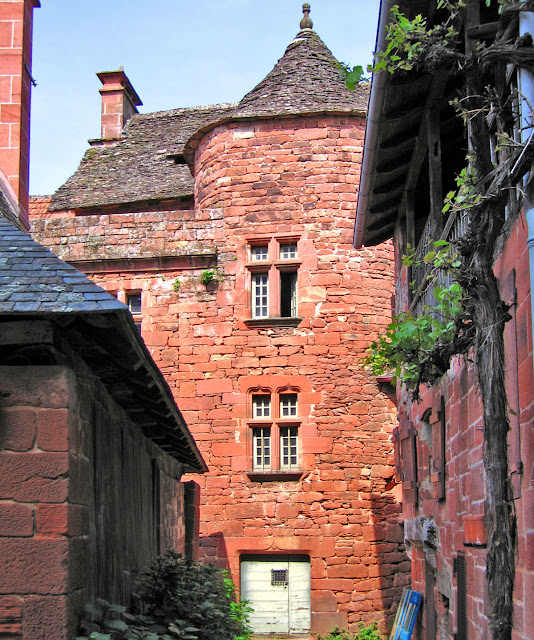 More recently, Collonges was rediscovered by well-to-do families who have restored many houses and buildings to use them as vacation homes or rentals — about half the town's 300 houses now serve asrésidences secondaires. (Thanks to Wikipédia.fr for this information, which I have summarized.) 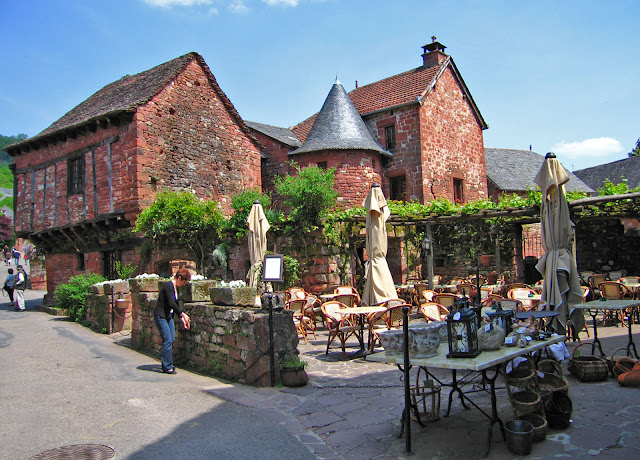 I've known about Collonges-la-Rouge since the 1970s. Back then, I was on the staff of an organization called the American Association of Teachers of French (AATF) that was headquartered on the campus of the University of Illinois in Champaign-Urbana. We had a stock of tourism posters that had been donated to us by the French government, and we gave them out free to French teachers all over the U.S. who used them to decorate their classrooms. One of them pictured the town of Collonges-la-Rouge. Walt and I still have it. We had it mounted on a board decades ago and it hangs on a wall in our entryway here in Saint-Aignan. My first actual visit to Collonges was in 1995. We returned in May 2006, and that's when I took these photos.
Posted by Ken Broadhurst at 07:30