I'm still enjoying my virtual vacation. Here are some photos I took in Sarlat, in the Périgord region of SW France,
on Saturday, April 29, 2006, which was a market day in the town.

This first one is a picture of a picture. The painting was hanging on the wall in the restaurant
where we had lunch that day. This is a local scene, I'd say. 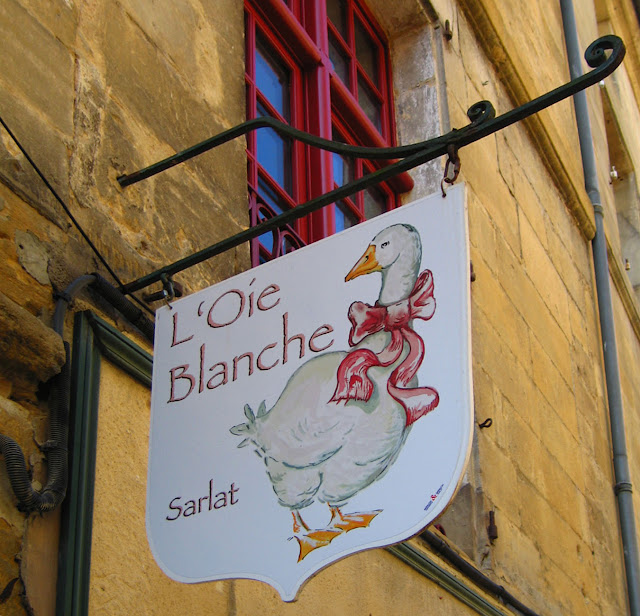 L'Oie Blanche means "The White Goose" — Sarlat and the Périgord are known for raising geese and duck for the production of foie gras. I'm sure we had duck for lunch that day. By the way, Périgord is the name of the historical region around Sarlat, while Dordogne is the name of the river that runs through it and also the name of one of the current French administrative départements (counties, more or less) that make up the Périgord region. 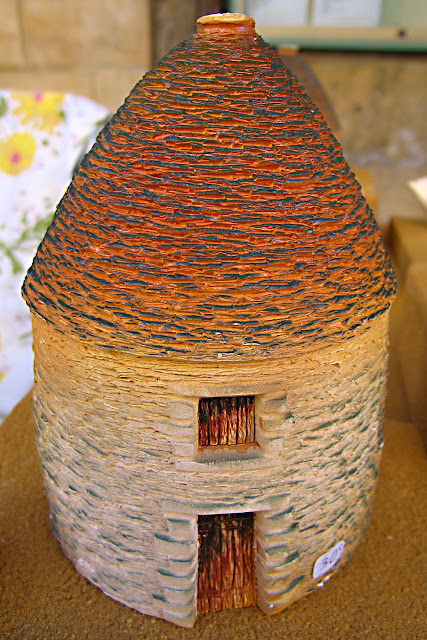 Out in the countryside in Périgord and all of the south of France, including Provence, "dry stone" huts called bories like this decorative one were traditionally built and used as refuges by local shepherds. You can read about them in French here. Nowadays, many of them are preserved as tourist attractions. 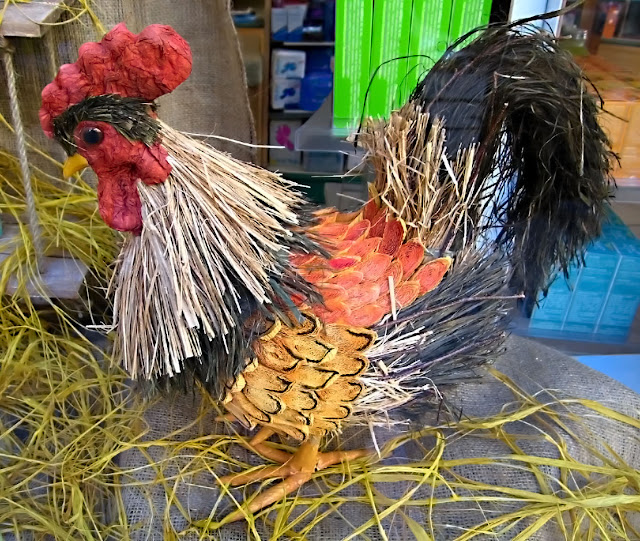 Ceci est un poulet. Just because. It was market day in Sarlat and there were fine displays of all kinds of things, including decorative items and food products, for sale. It was all very colorful. 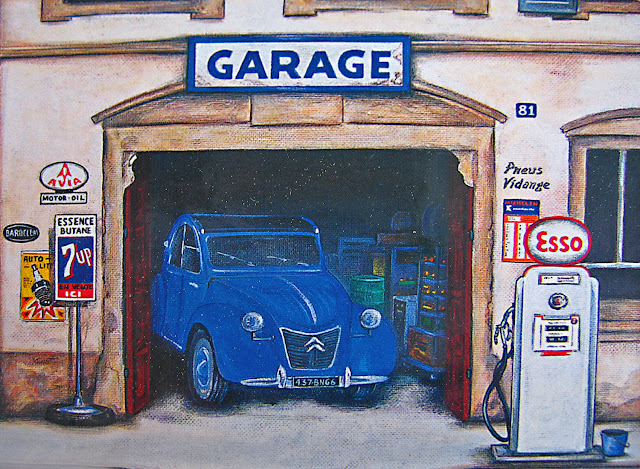 I believe this was the sign posted above a garage, but I can't be sure 14 years later. It's typically (or stereotypically) French, n'est-ce pas ? Esso is still the brand name of a chain of gas stations in France, by the way. A lot of us older people remember Esso stations in the U.S. back in the 1950s, and it's surprising to see them here. That's a 2CV (or deux chevaux) car in the garage. Pneus means tires, and you pronounce the P. Vidange means "oil change." Essence is "gasoline" or perhaps "petrol" in your dialect.
Posted by Ken Broadhurst at 07:00