Cleaning in the corners 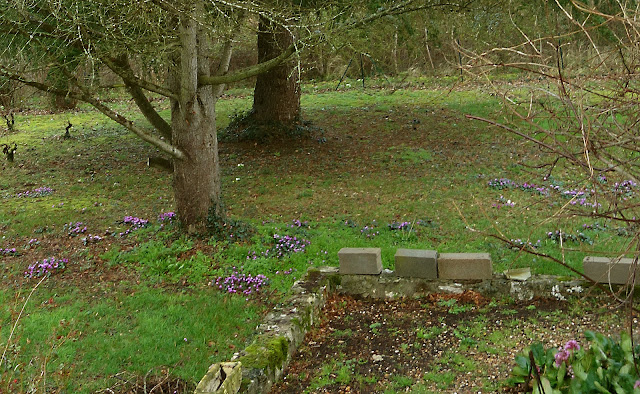 Two months ago we had the tree in the foreground of the photo on the right taken down. It was nearly dead, with needles on just a few of its upper branches. For years, it had been dropping needles on the gravel walkway that surrounds our house, especially in the corner you see here. Those needles turned into a rich compost that weeds took root in. We had a very wet winter that accelerated the process. 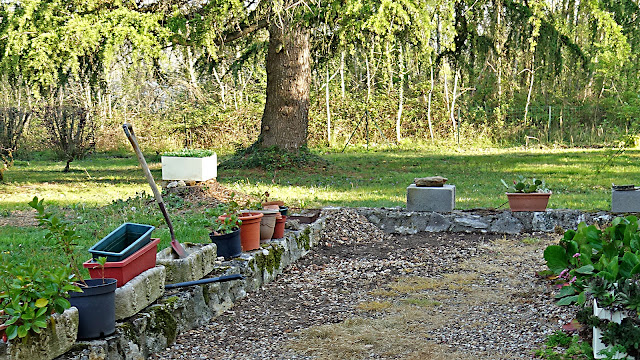 The crew that took down the tree left us with a stump, which will eventually rot away. For now, we've set a big plastic planter box on the stump to disguise it, if only superficially. We're likely to be the only people to see it actually, since we are under a confinement order that will probably remain in effect for the rest of 2020. We won't have any vistors, or any house guests. Anyway, that corner of the gravel walkway needed to be dealt with. 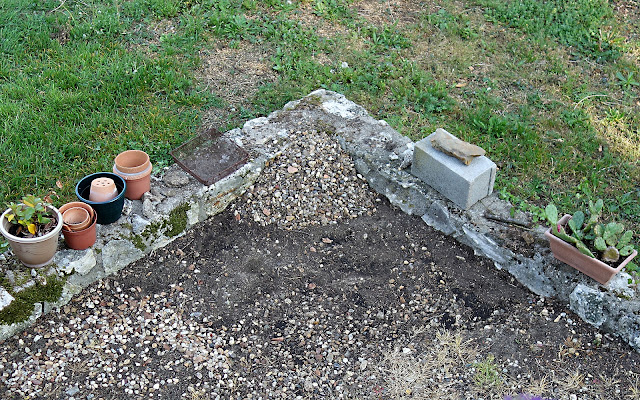 So I dealt with it. Among various pieces of what might be considered junk that we found around the yard, in the garage, and in the garden shed when we came to live here in 2003 was the square wire tray or basket that you can see sitting on the low wall that encloses the gravel walkway. I figure it's a soil sifter — that's what I used it for. I raked up as much gravel-filled dirt as I could and then sifted it to collect the gravel. 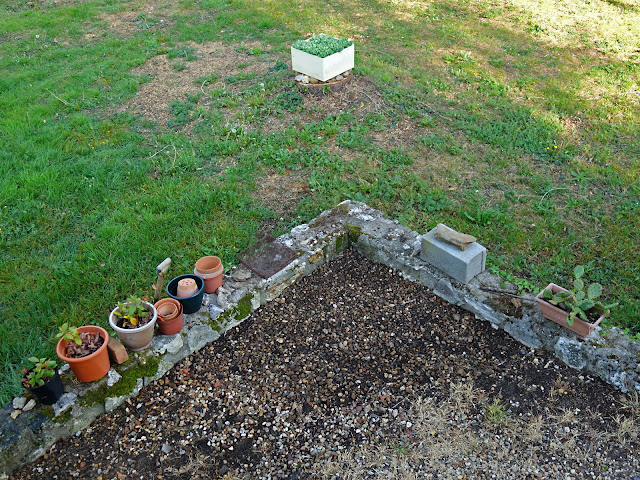 Once I had a good pile of gravel, and had put the sifted soil down to fill up the depression my digging had created,  I could rake the gravel I collected in the corner back over the soil. It's not perfect, but as wise-cracker might say, "it's better than it is, wasn't it?" Years ago, I had an ongoing battle trying to take control of another corner of the yard.


By the way, there's smaller planter box sitting on the low stone wall that has two or three cactus plants growing in it. CHM will recognize them. Close-up shot below. 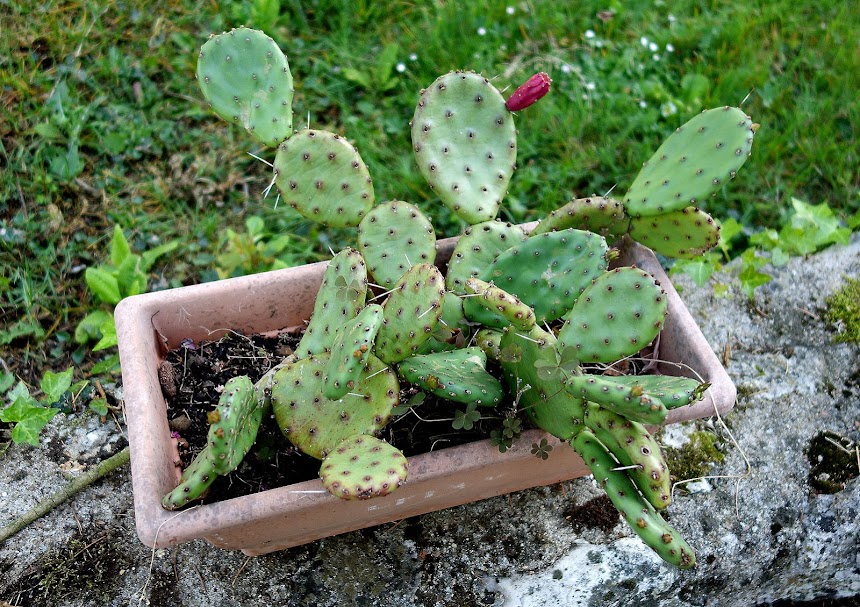