It's summertime and, as I've already said, that's grilling season. One grilled food we enjoy, being Americans and all, is a good hamburger. We don't buy meat that's been ground in some factory. We buy whole cuts of beef (or veal, or turkey) and grind it ourselves to make 'burgers. When we first came to live here, I wanted to make a Greek moussaka using ground lamb. Nobody sells it, it turns out. We had to grind it ourselves at home... 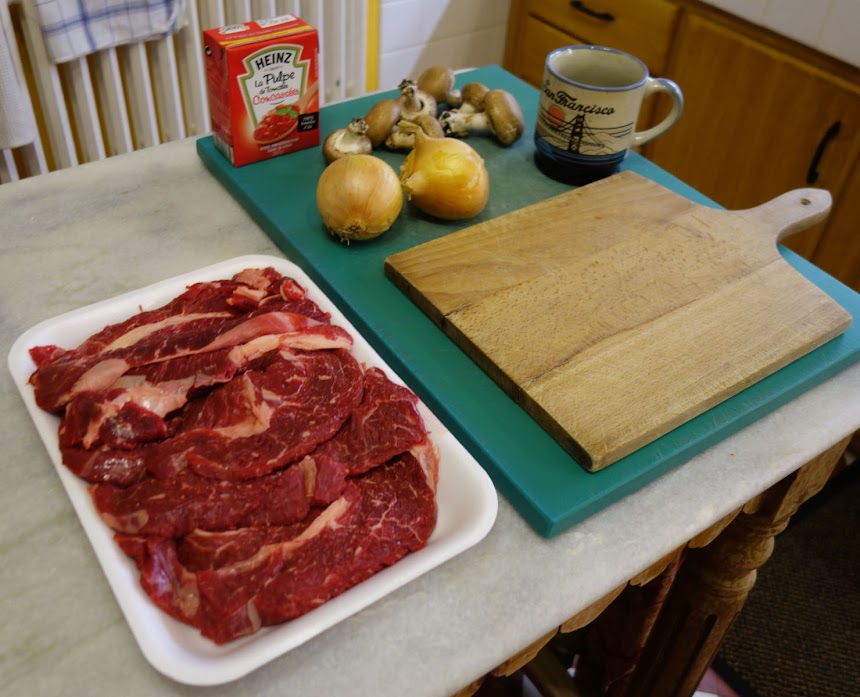 I was making a ground beef filling for zucchini "boats" with some of this beef...


A few weeks ago, I went to the supermarket for the first time since March and actually went inside to shop. I went because the Super U market in Saint-Aignan advertised a special on the cut of beef called basse-côte. I think it would be called chuck steak in the U.S. In terms of value and taste, it's the best cut of beef we've found for grinding and making hamburgers and meat sauces. Often, fresh meat that hasn't been industrially pre-processed and pre-packaged in a factory somewhere is not available for on-line ordering and pick-up from the supermarkets. You have to go into the store to buy it. 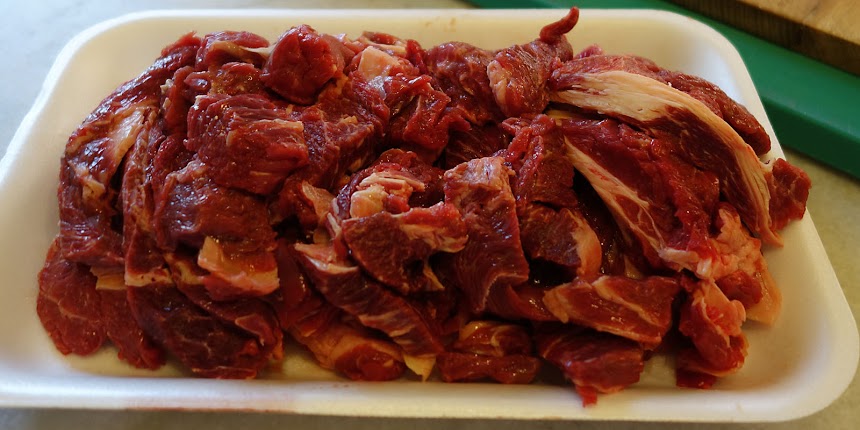 Beef sliced up and ready for the grinder


We have a KitchenAid stand mixer with a meat-grinder attachment that we use to process beefsteak into hamburger meat. We've had it and used it for 25 or 30 years. We brought it to France when we moved here in 2003. I'm so glad we did. One reason is that while you can buy industrially made ground beef here in France as well as "ground to order" beef in butcher shops, you really pay a premium for it. And you can't buy ground lamb or veal, for example, as far as I know. 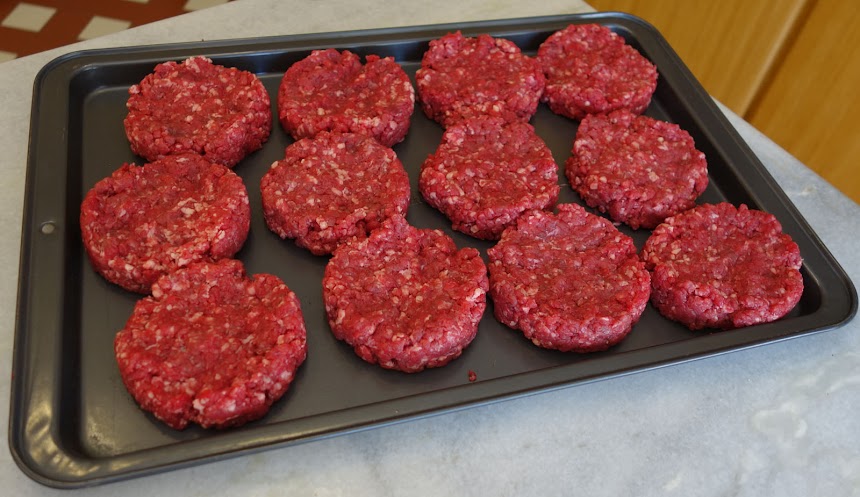 Hamburger patties ready for the freezer


A week or two ago Walt bought some ground beef in a butcher's shop in Saint-Aignan just to see what it would cost and whether it would be good. It cost something like 18 euros per kilogram. And it was too finely ground; the resulting grilled hamburger had a mushy texture. The basse-côte à griller that I got at Super U cost just 7.90 euros per kilogram — half the price. And we can grind it coarsely enough with the KitchenAid attachment that the burgers have a much more pleasing, meaty "bite" to them.


We also make our own hamburger buns, as you might remember. There's a post about them here, including photos and a recipe. It's nice to be retired and to have time to do all the work we do in the kitchen.