Up to his belly

It was December 9, 2003, according to the timestamp on the photos here. We had been living in Saint-Aignan for about six months. We heard on the news that the Loire River was near flood stage and was cresting in Blois and Amboise. 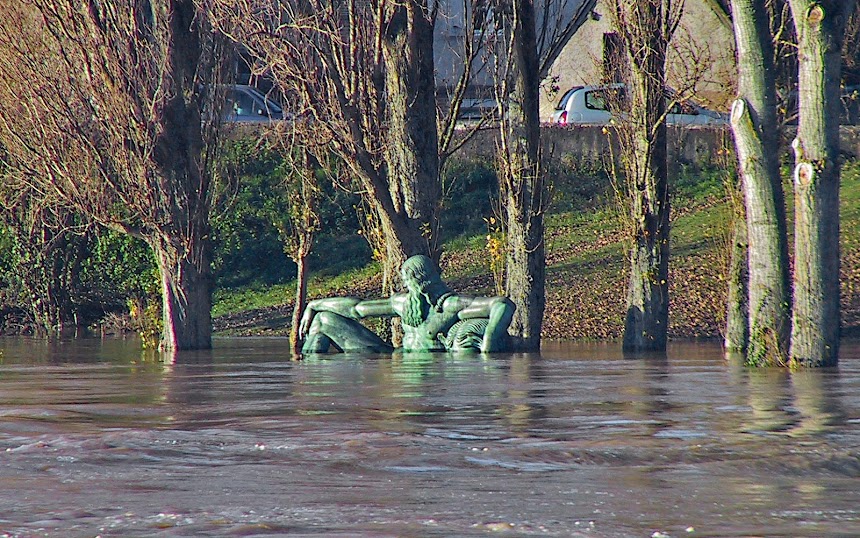 A huge bulge of high water was traveling downriver toward the Atlantic Ocean. We drove over to Amboise to see what that looked like. Leonardo was up to his belly in river water. 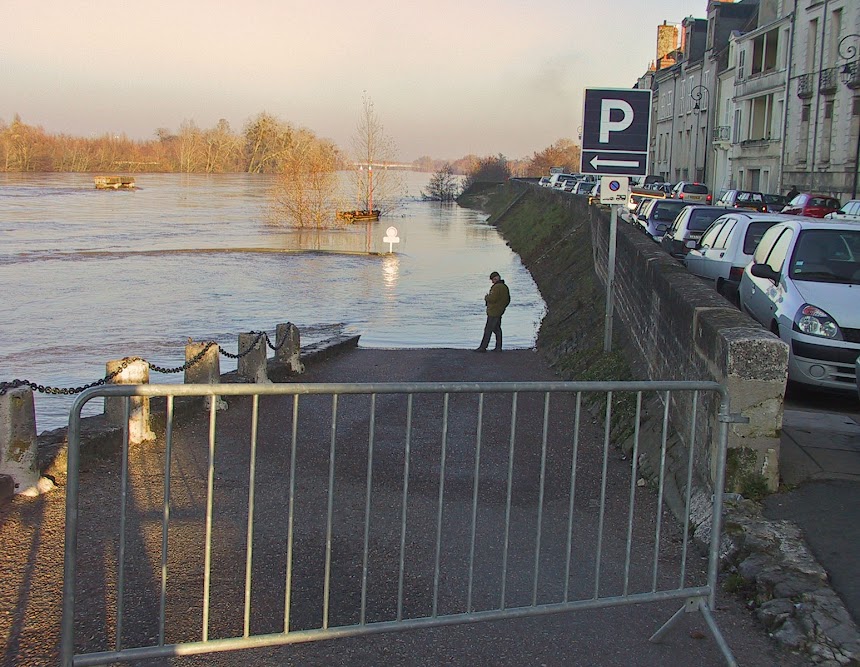 Just a year before, we had spent a week looking at houses that were on the market in the Amboise, Montrichard, and Saint-Aignan areas, hoping to find one we could afford to buy and enjoy living in. In the photo above, the ramp you see leads down to what is usually a parking lot. 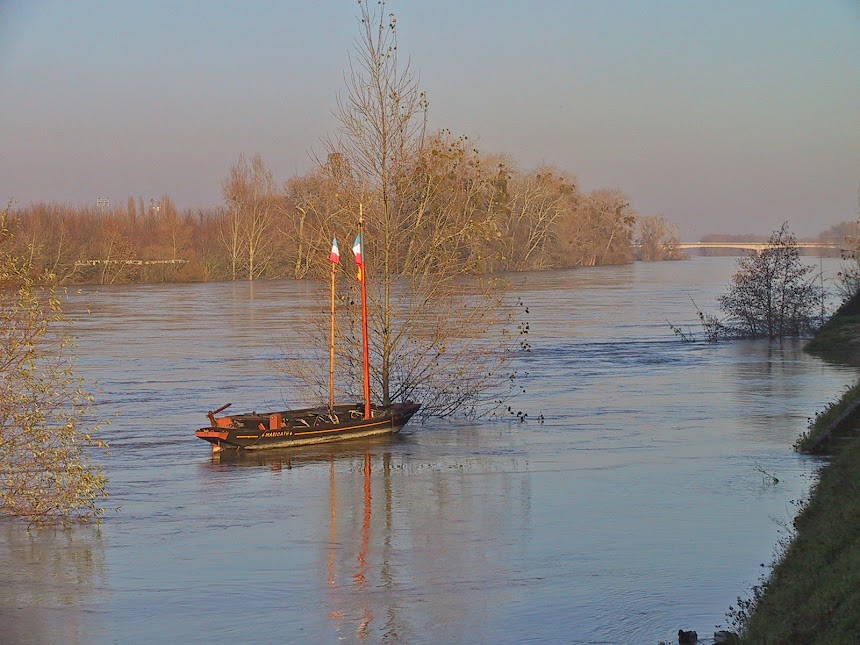 We decided we didn't like what we saw in Amboise, given our budget. And we rejected two or three houses around Montrichard because they were on low ground and too close to the Cher river. The Cher had flooded a lot of houses just a few years earlier, we learned. In the photo below, the stairs usually lead down to a grassy river bank. 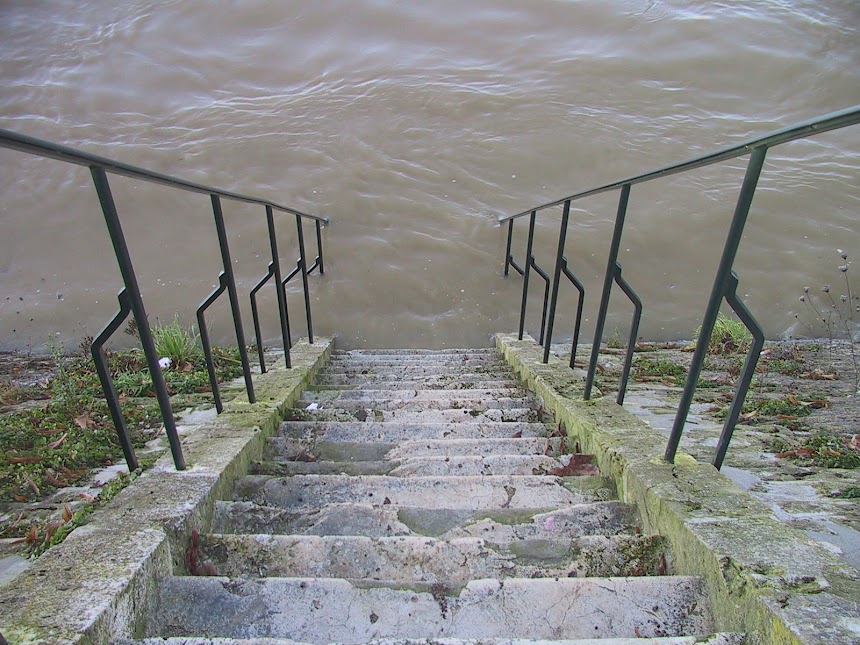 We ended up buying the house we've lived in since June 2003. It's on very high ground. It feels safer here than down on the banks of the Cher. Three years ago the river flooded again (here and here). People were scrambling to get the furniture out of their houses before the river water flowed in. 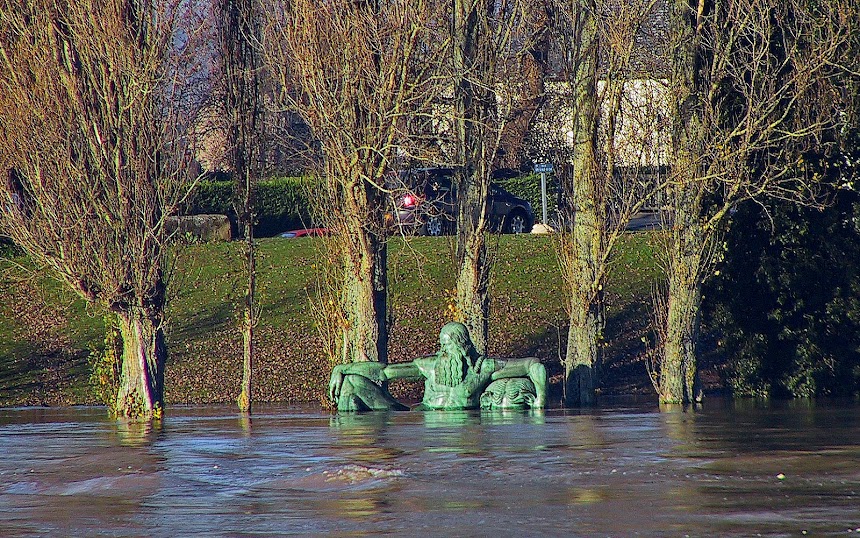 But these are photos of the Loire at Amboise in December 2003. Leonardo got a good bath that day.
Posted by Ken Broadhurst at 06:45