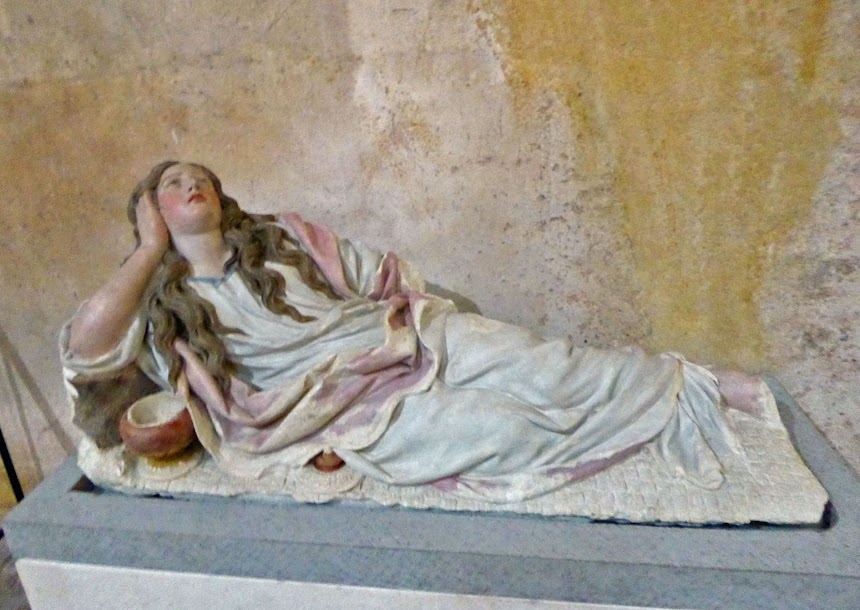 This Madeleine repentante ("penitent Mary-Magdelene") has recently been restored. According to an article I read in the local Nouvelle-République newspaper, the statue was in bad shape and in 2015 was sent to Tours for restoration by a specialist named Delphine Bienvenut. The restoration was supposed to take about six months and was, according to the newspaper, to be un simple lifting (just a facelift). 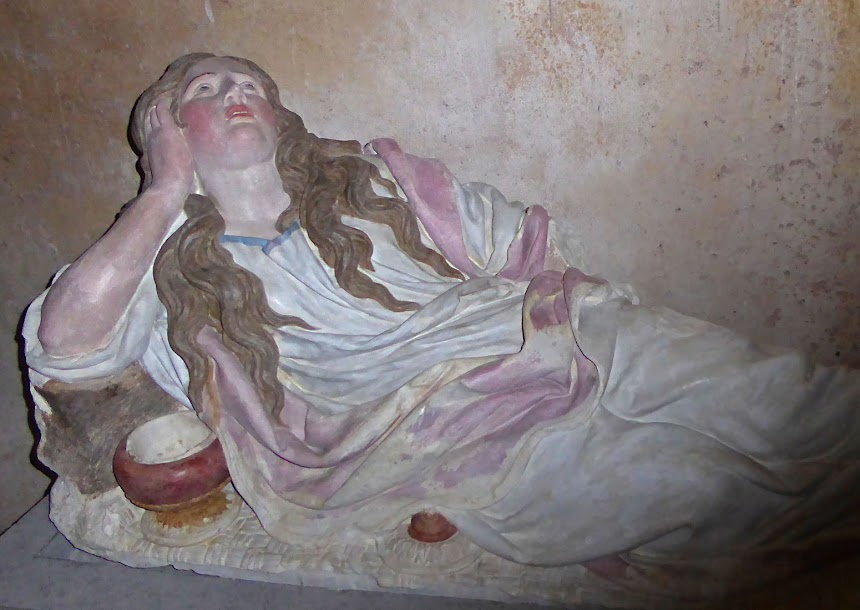 Instead, Delphine Bienvienut discovered traces of polychromatic paint on the stone statue. A different kind of restoration was required, and a six-month project stretched to four years. The Madeleine repentante has now been restored to its original pink-cheeked splendor. However, though the original statue was known to show Mary Magdalene holding a human skull in her left hand (another well-known theme), the whole left arm was determined to be un-restorable. The statue was given a new, more prominent placement in the église Saint-Nicolas when it was taken back to Blois in early April of 2019.