Blois on the Loire

Yesterday afternoon I drove up to Blois. It was a detour on my way to Tours. I had time, and took advantage of it. It was also an opportunity to spend several hours in the car with the air-conditioning running full blast. The car's thermometer said it was 35ºC outdoors when I got to Blois, about 25 miles north of Saint-Aignan.

Here's a panoramic shot of the Blois riverfront and skyline. This is the biggest town in our département (county), with a population of about 50,000 in the town itself and more than twice that in the urban area. It's an old royal city. I took this photo from the left bank of the Loire River, which you see in the foreground. The water level in the river is pretty low right now. 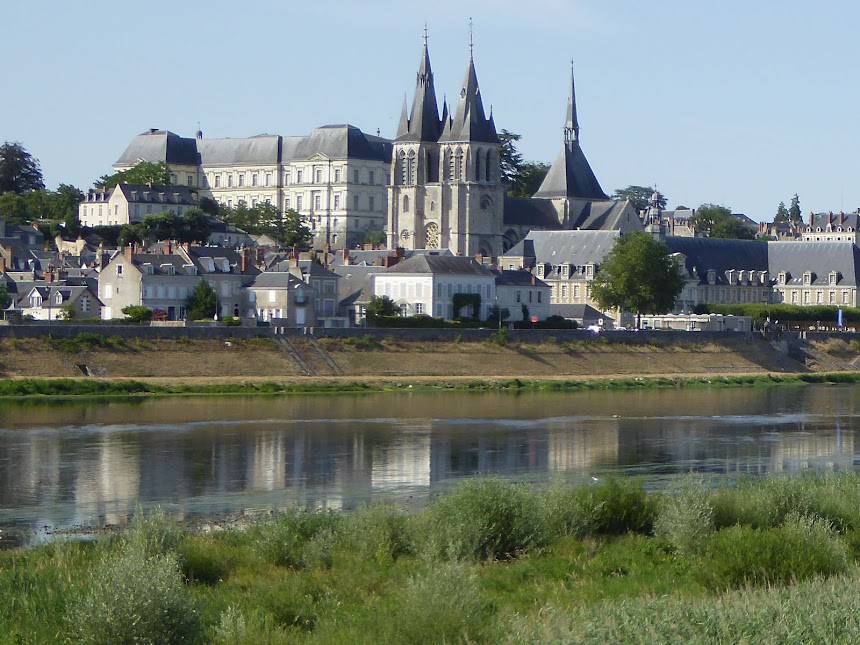 I was in Blois with a friend from California a year ago, and we tried to go inside the Église Saint-Nicolas (above), which dates back to the 12th century. That makes it nearly a thousand years old. That day in June 2018, I couldn't find a place to park the car. My friend went inside and took some photos while I parked illegally and stayed close to the car. For a year, I've been trying to get back up there and take some photos. Yesterday I finally did. 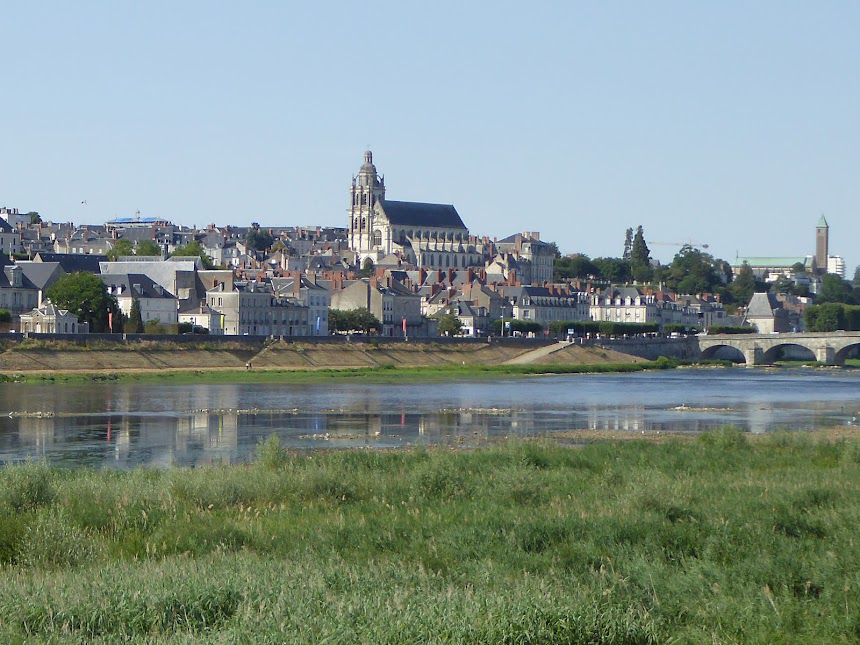 This photo shows the cathedral of Blois, which isn't as old the the Saint-Nicolas church. It towers over the old city, though. Why was I out and about? Well, our friend Peter finally arrived yesterday, about six hours late, after his plane developed a mechanical problem and had to make an unscheduled stop in Newark (New Jersey). I drove over to Tours to pick him up at the TGV station, where his train pulled in at 8:10 p.m. It's a long story. Mieux vaut tard que jamais, as they say.

Oh, and here's a photo of the old bridge at Blois that I took from near the Saint-Nicolas church on the right bank the the Loire. It was built in the 1700s and has been dynamited and bombarded several times in its history during revolutions and wars (1793, 1870, 1944), and then rebuilt in the old style.
Posted by Ken Broadhurst at 07:10