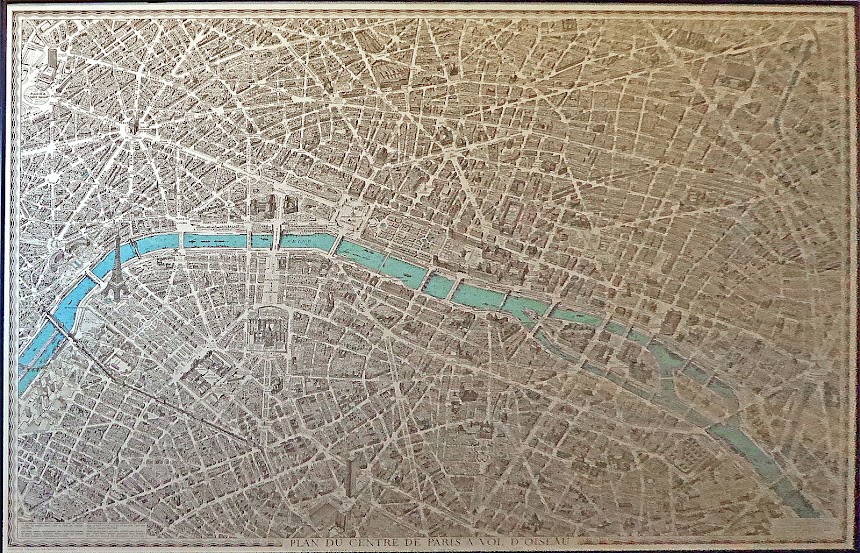 Several people have mentioned in comments that they have poster-size maps of Paris. We have two of them also, in addition to the aerial photo of the city that I showed yesterday. The one above hangs on the wall in our downstairs WC. The one below, an old Paris metro map, hangs on the wall at the top of the stairs up in the loft. We had both of them in California and moved them to France in 2003. They're not easy to photograph. 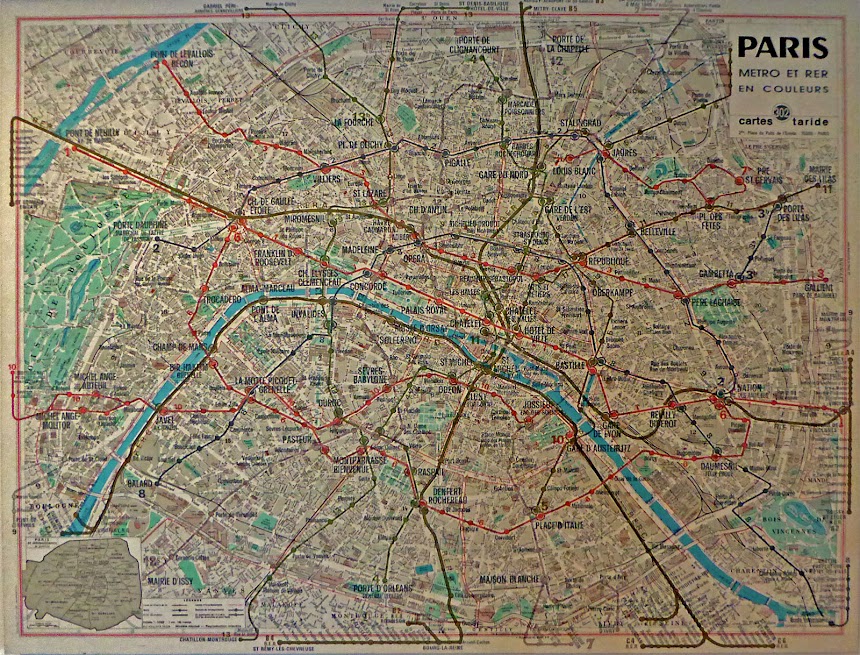 Meanwhile, a friend (Peter H.) was supposed to be arriving in Paris this morning, coming in on a United flight from Chicago. Apparently, the plane experienced a mechanical problem over Montreal and had to be diverted to Newark. His plan was to take the TGV high-speed train from CDG airport down to Tours at noontime, change trains there, and arrive in Saint-Aignan at 2:00 p.m. Now we don't know what to expect. Maybe Peter will read this. We're hoping for a phone call later today.
Posted by Ken Broadhurst at 06:45