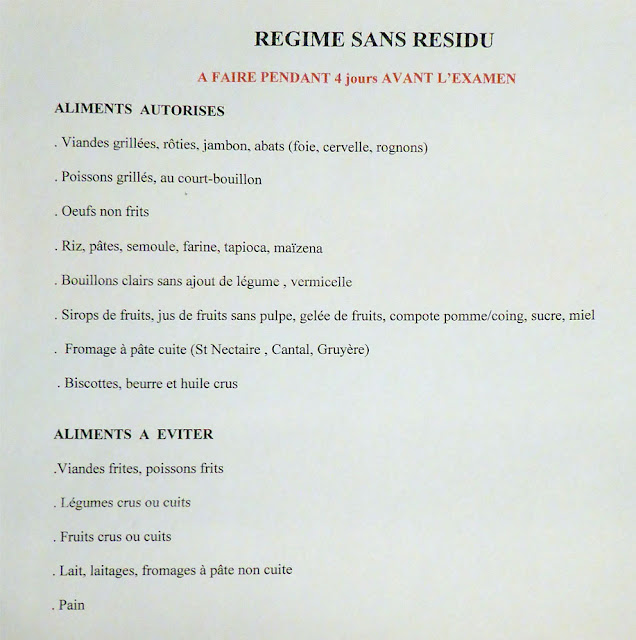 A "diet without residue" — doesn't that sound awful? I see the term translated as a "low-residue, low-fiber diet" on Wikipedia. The idea is that in preparing for what in French is called une coloscopie or for colon surgery, you need to eat only foods that can be completely and thoroughly digested by the human body. Vegetable and fruit fiber is eliminated from such a régime alimentaire. Here's the diet I'm on this weekend.


Low-fiber, low-residue diets vary widely, according to descriptions and lists I find on the web in English and in French. Some allow canned vegetables and cooked fruit. Some say yogurt and cream are okay. I guess this is just a guideline — it's not science — except maybe for the list of aliments à éviter (to avoid) at the bottom of the page. 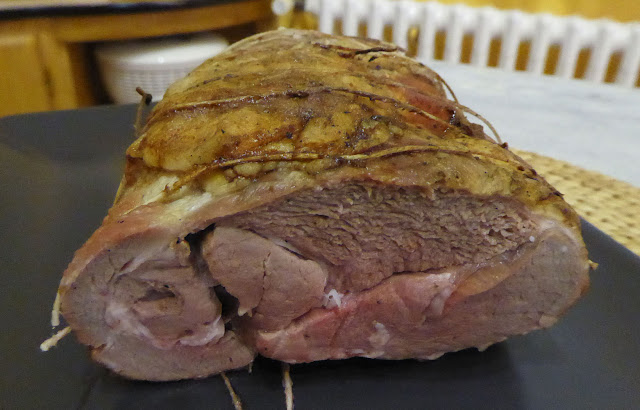 And here's what I'm eating. I hope I made the right choice. It's a lamb shoulder roast that Walt cooked on the barbecue grill. I'm eating the lean meat but not the fat (lucky Natasha gets that). I also cooked up a pot of steamed white rice, flavoring it with herbs and spices that I'm not eating — bay leaves, allspice berries, and cloves that can be taken out before I eat the rice. I dress it with a little bit of olive oil (huile crue) and white wine vinegar (liquide clair). I'm also eating some Comté cheese straight out of the fridge — not melted.


Isn't it ironic or just slightly weird that I should be having such a medical procedure this summer,
just as we are getting a new WC put in upstairs?