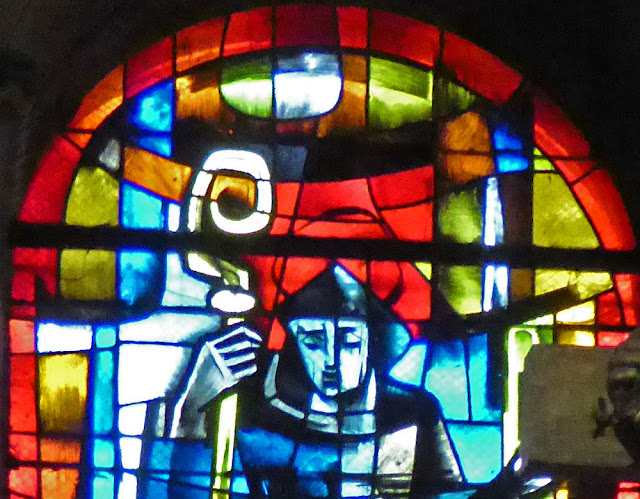 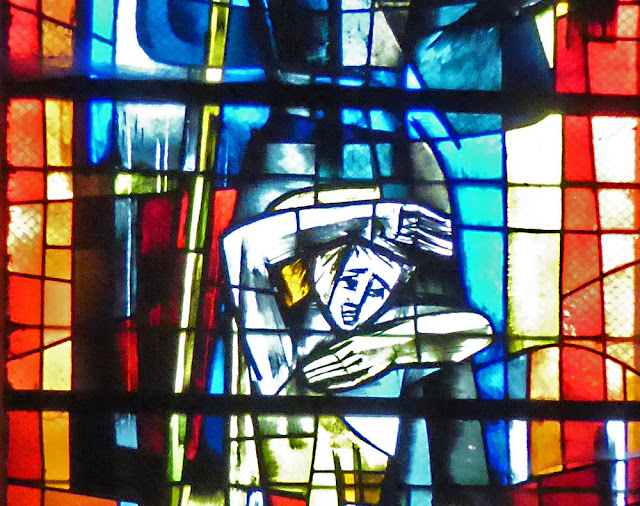 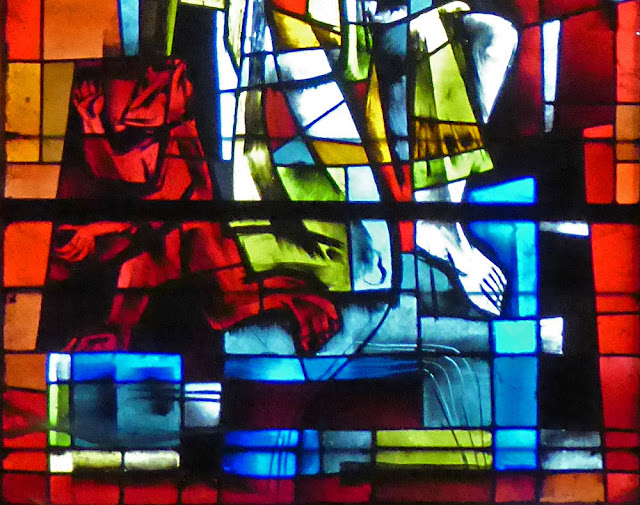 The saint named Laumer, also spelled Lomer or Lhomer, was born near Chartres sometime in the first half of the 6th century A.D. As a young man, he went went to live in a monastery in Saint-Mesmin, on the Loire near Orléans. After a few years, he was called to Chartres where some say he was the provost of the local church (this was long before the famous cathedral was built).
Later still, he left Chartres and became a hermit in a place called Corbion, known today as Moutiers-au-Perche, just north of the town of Nogent-le-Rotrou and just east of Mortagne-au-Perche. There he founded a monastery — that's the meaning of Moutiers — in the year 575 A.D. and performed many miracles. Laumer died in the year 593.
More than 300 years later, the monastery Laumer had founded was attacked by invading Norsemen — the Perche is an old province located between Normandy to the north and the Loire Valley (Blois and Tours) to the south. The monks of Corbion moved south and made their way to Blois, carrying the relics of St. Laumer. There, in the early 900s A.D., they founded a new monastery dedicated to the saint's memory.
That monastery included a cloister as well achurch, which was destroyed by fire in about 1120. A new church was built starting in the year 1138. Construction of this abbey church, also dedicated to Saint-Laumer, continued for a century or more. The church stands still today in Blois, on the banks of the Loire, despite attacks by Protestants at the end of the 16th-century Renaissance and by revolutionaries in the 1790s. After the French Revolution, the name of the church was changed to Saint-Nicolas.
Bombing by Allied forces at the end of World War II heavily damaged the neighborhood around the Saint-Laumer Saint-Nicolas church, but the church itself was spared. All its stained glass windows were blown out, however. The window shown here was designed and fabricated in the 1950s and finally put up in the church in 1960s. It is said to show St. Laumer performing a miracle by exorcising a demon that had possessed a man back in the 6th century. I took this photo of it on July 5, 2019.
Posted by Ken Broadhurst at 06:30