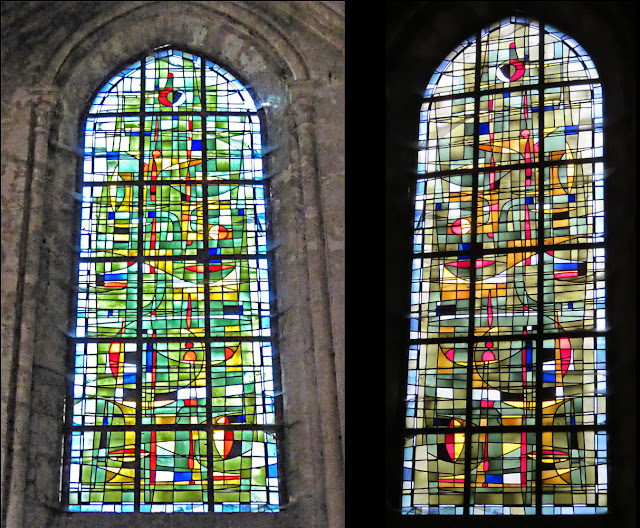 The stained-glass windows of the église Saint-Nicolas de Blois, on the banks of the Loire River, were destroyed by Allied bombardments in 1944, as were the town's bridge and several of its neighborhoods. In the 1950s, it was decided to replace the older Saint-Nicolas windows with new, contemporary windows rather try to restore or imitate the old ones. (My source for this information is this web site in French about Saint-Nicolas de Blois.) 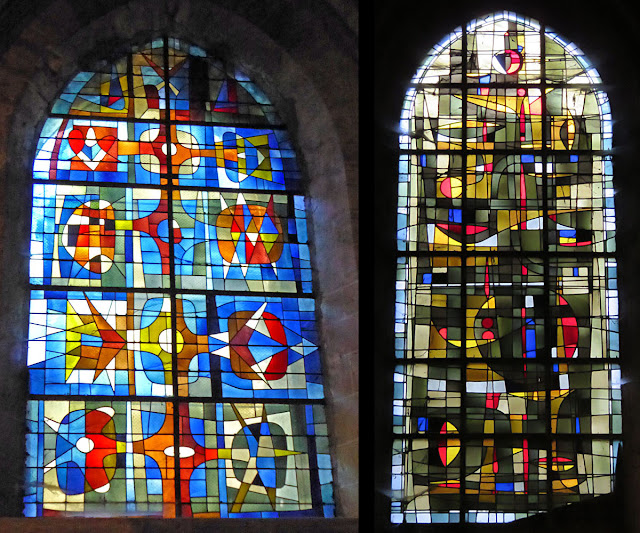 A competition was launched in 1955 to award the work of creating new windows to one or more stained-glass artists or workshops. Requirements were that the new windows be very colorful  — for 10 years after the war, plain dull-looking glass panels had replaced the older glass destroyed by the bombings. The organizers of the competition wanted the interior of the church building to be bathed in mult-colored light as it  had been before 1944. 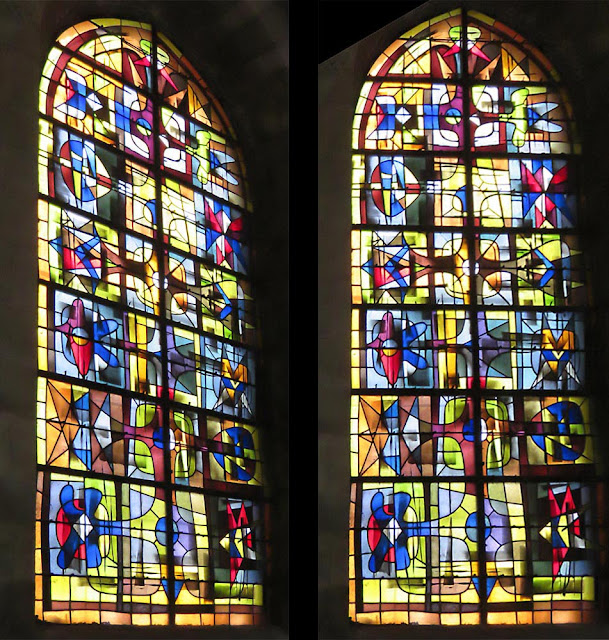 Four artists — Max Ingrand, Pierre Gaudin, Jacques Le Chevallier, and François Bertrand — were awarded the contract. Max Ingrand, the best-known and most-experienced of the four, was chosen to lead and coordinate the project. Some of the new windows were in place by 1959, but then a good amount of the stonework of the church's larger window openings was found to need extensive restoration work before the glass could be put up. Work stopped as scaffolding was erected in the church and stone masons began the needed repairs. Years passed. 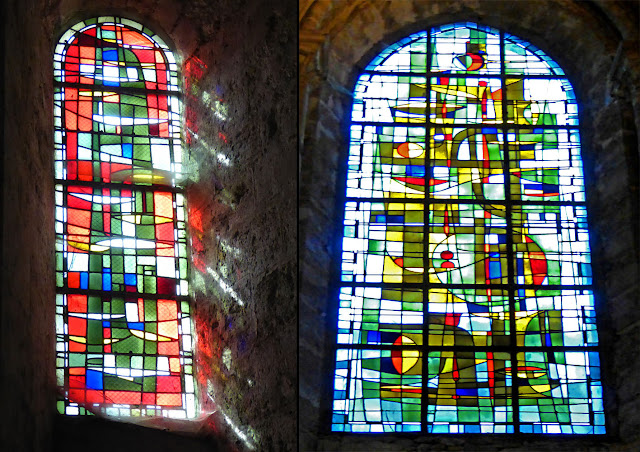 In 1964, church authorities complained that the scaffolding was an eyesore. The church was a major tourist attraction in Blois, and churches in France are owned by the government. It took four more years for the repair work to be finished and the new windows to be installed. The planned arrangement of glass panels of different colors was respected for the most part — Max Ingrand saw the work through but passed away in 1969. 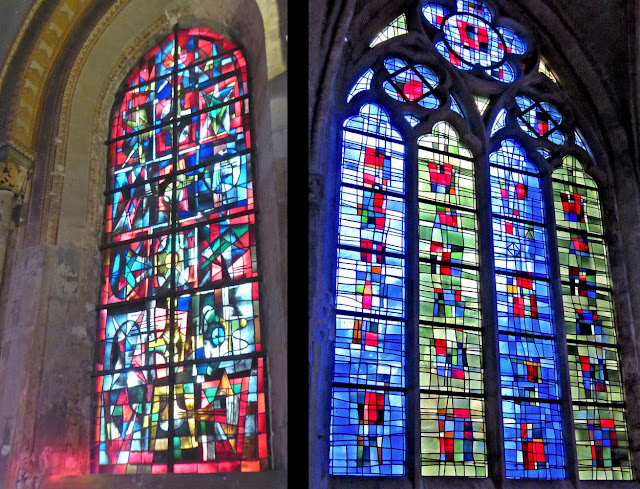 The windows in these photos are ones that are more abstract in composition. Others depict historical figures and scenes. More about those tomorrow.

In this post there are ten pictures of nine of the Saint-Nicolas windows, arranged in five composite images. As always, you can enlarge them to see more detailed views. My friend Sue took four of these photos when she visited the church in June 2018. I took the others on July 5, 2019. I'm not sure how many windows there are in the church, or which ones were created by which artists.
Posted by Ken Broadhurst at 06:40