It's raining this morning, lightly. It rained a little bit yesterday too. We haven't had any thunder or lightning nearby, which is surprising considering how far the temperature has dropped. We enjoyed highs in the low 80sF yesterday, and today our high is supposed to be in the low to mid-70sF. Laissez-moi pousser un « ouf ! » de soulagement. 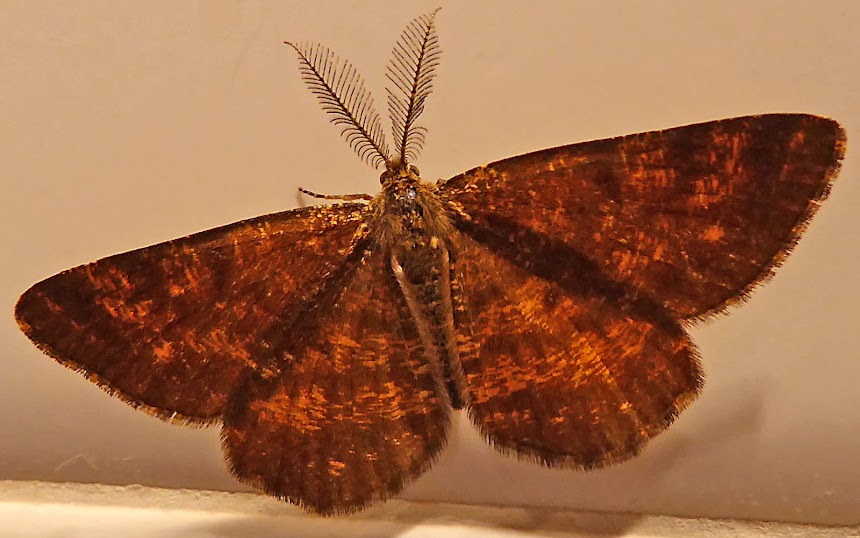 A moth caught my eye yesterday. It was in the kitchen, fluttering around the lights over the sink and stove. It kept flying into my face, and then it would sit very still on the white tile wall over the sink for several minutes. I grabbed my camera. 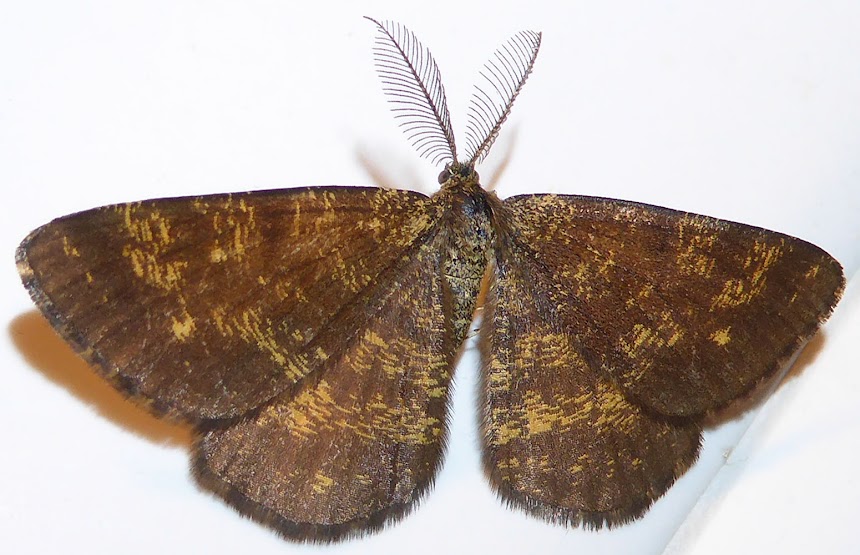 I took the top photo without using the camera's flash. Then I tried with the flash on. The moth's wingspan was about three centimeters. That's approximately 1¼ inches. As usual, you can enlarge to images to see more detail. Thanks to Tim's comment on this post, now I know it is called la Phalène picotée in French, or the Common Heath Moth in English, even though it is no longer very common.
Posted by Ken Broadhurst at 06:00