We've been getting zucchini/courgettes from the vegetable garden for a couple of weeks now. The weather, as you might know, has been hotter than ever here in the Loire Valley. Walt has been cooking most of our meals on the barbecue grill out on the front deck. 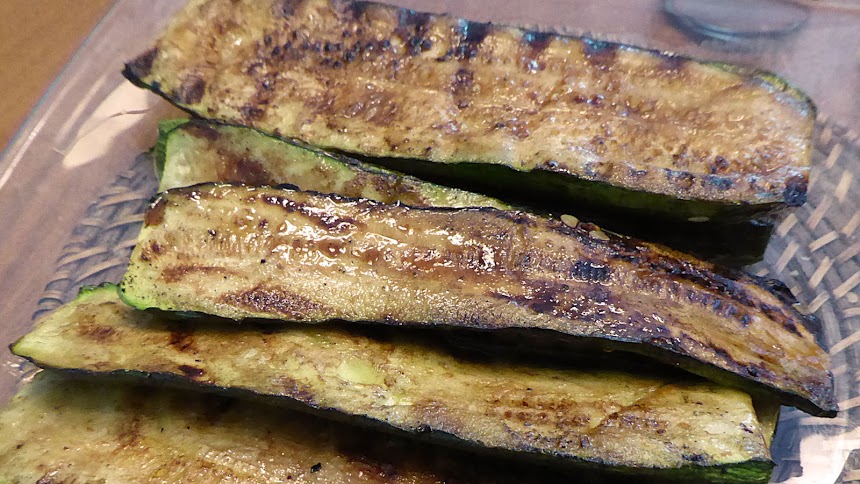 One recent day, we were cooking zukes and shrimp. Since I had to go to Blois several times for medical appointments (routine tests), I had stopped in at a shop called Blois Store, which is an Asian grocery, and bought a couple of big bags of frozen raw shrimp. They are sold without the heads.

We peeled and de-veined the shrimp and marinated them with some yakitori sauce, garlic, fish sauce, and cayenne pepper. Then we put them on skewers so that they could be cooked on the grill. 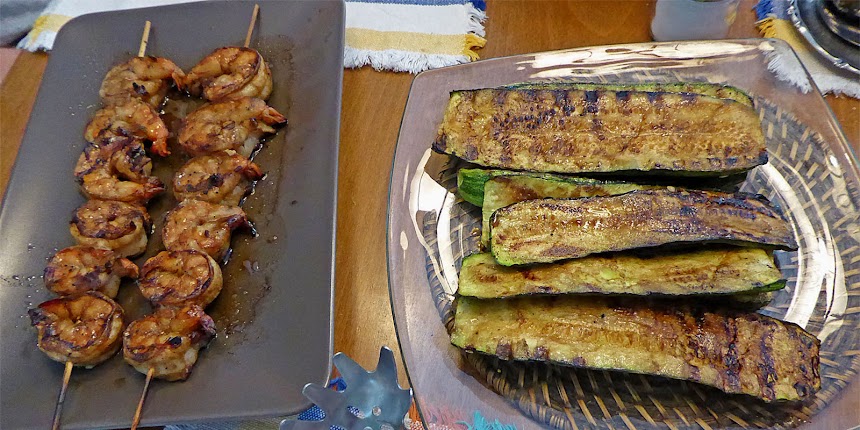 Walt brushed thick zucchini slices with the extra marinade we had used to flavor the shrimp. Both shrimp and zucchini cook really fast on the grill. Both got eaten almost as fast as they had cooked.
Posted by Ken Broadhurst at 06:00