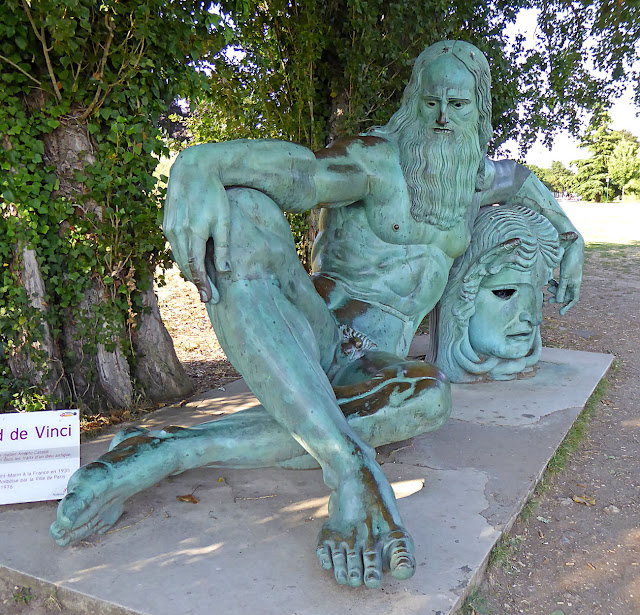 The Italian artist, inventor, and engineer named Leonardo da Vinci spent the last three years of his life in the Loire Valley town of Amboise. He was an old man when the French king François 1er invited him to come to France and gave him a house to live in, Le Clos Lucé, just a few hundred yards from the royal château. This 20th century bronze statue of Leonardo sits on the banks of the Loire, across the river from the Château d'Amboise. 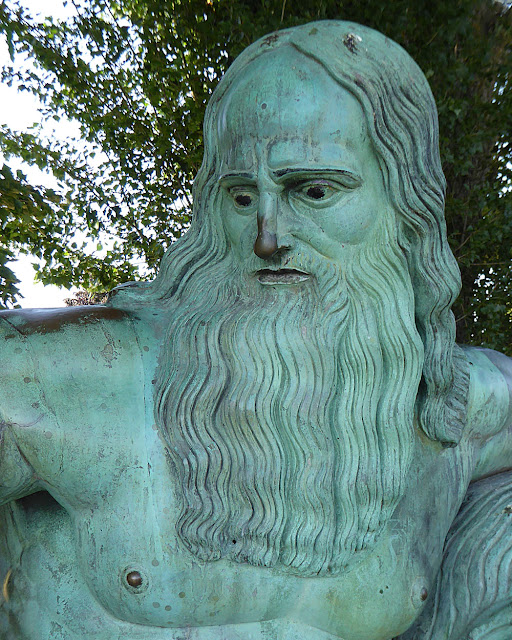 François 1er was much enthralled with Italian art and architecture. He was one of the French kings who brought the Renaissance to France from Italy. Leonardo, known as Léonard de Vinci in France, arrived in Amboise in 1516 and died in 1519 at the age of 67. He brought with him the Mona Lisa (La Joconde), among other paintings, when he crossed the Alps from Italy into France. Legend says he rode across on a mule, but nobody knows for sure. He may have arrived in the South of France by boat and then continued to the Loire Valley on horseback or more likely in a horse-drawn coach. 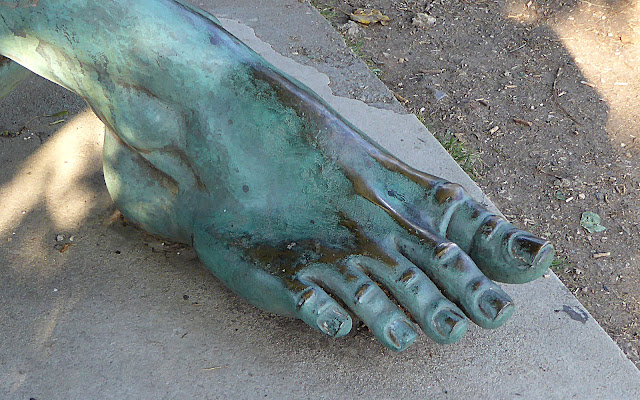 Maybe he came to Amboise on foot... Leonardo may well have participated in drawing up plans and designs for the grand Château de Chambord which was built during François 1er's reign as king. François also had grand plans to build a château complex in the town of Romorantin in the flat, marshy Sologne region near Saint-Aignan, and Leonardo was involved in that project, but it never came to fruition. 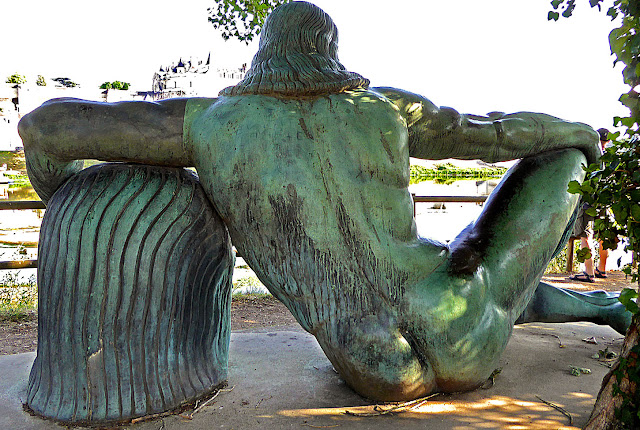 This bronze statue was the work of an Italian sculptor named Amleto Cataldi (1882-1930) and was cast in about 1920. It was offered as a gift to France by the government of the small country of San Marino in 1935 and was initially placed in Paris. It was moved to Amboise in 1976. When the level of the Loire is high, this Leonardo likeness sits waist-deep in river water.