Living with bats and beetles

As I said in comments yesterday, it was 102ºF on the terrace yesterday afternoon, and over 100 in the loft. We spent the evening downstairs where it was much cooler, but then we decided to try to sleep upstairs. And we did sleep — both of us. The humidity was low and our big electric fan was stirring up the air. This morning it's about 79ºF in the house, which means it will be even hotter in here this afternoon than it was yesterday. 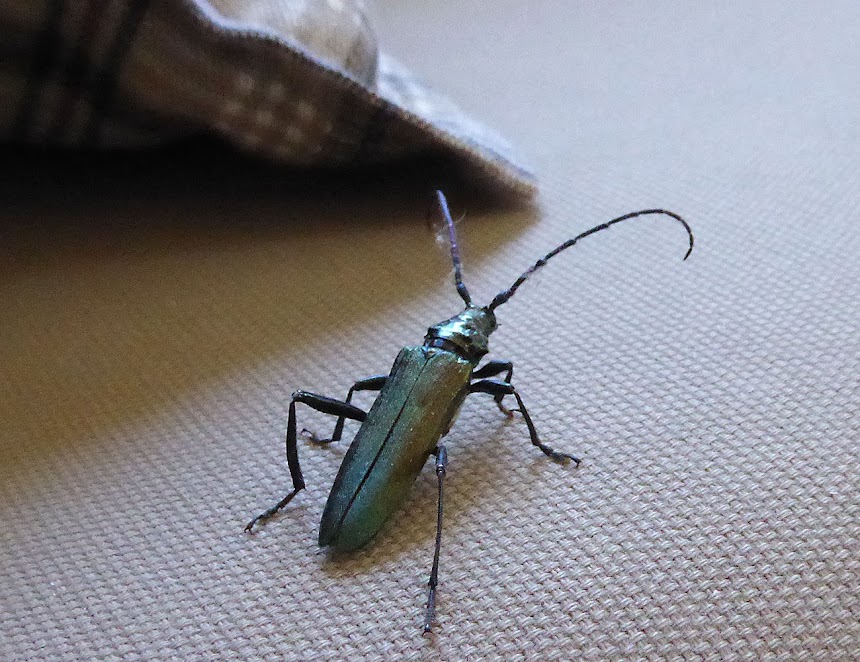 One thing that happens when the weather is hot and we throw all the windows open overnight or early in the morning, in an effort to cool the house down before afternoon and the heat of the day are upon us again is that things come inside. Since there are no window screens, animals fly in. Bats, birds sometimes, butterflies... in past years we've had gigantic moths up in the loft that could be mistaken for bats. 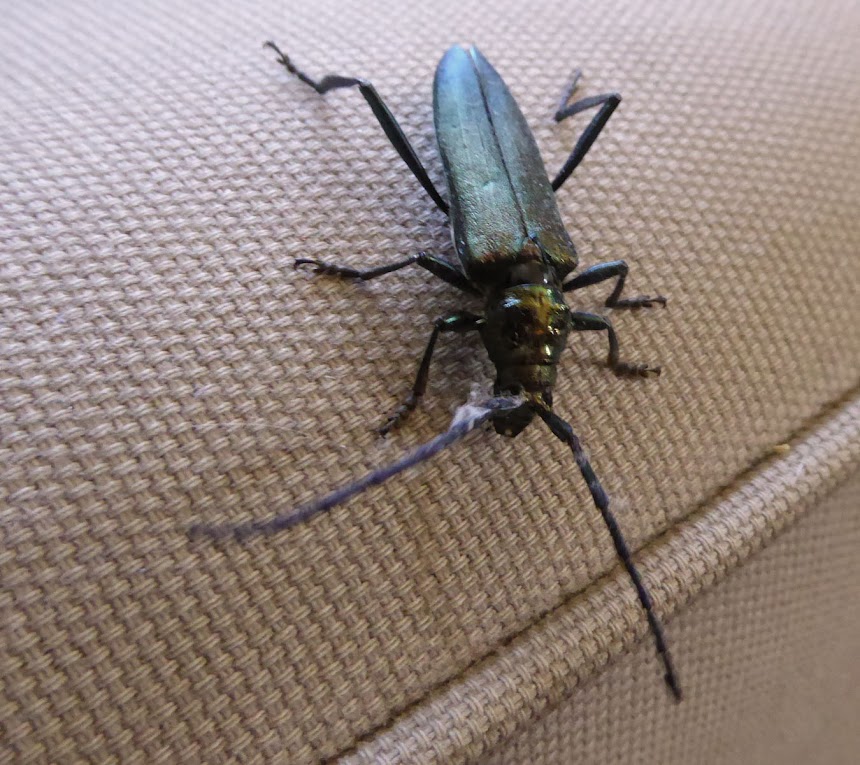 A few days ago we found the beetle shown here, an inch long or more, on the sofa in the living room. This one was cooperative and we used a dustpan to pick it up and put it back outside. 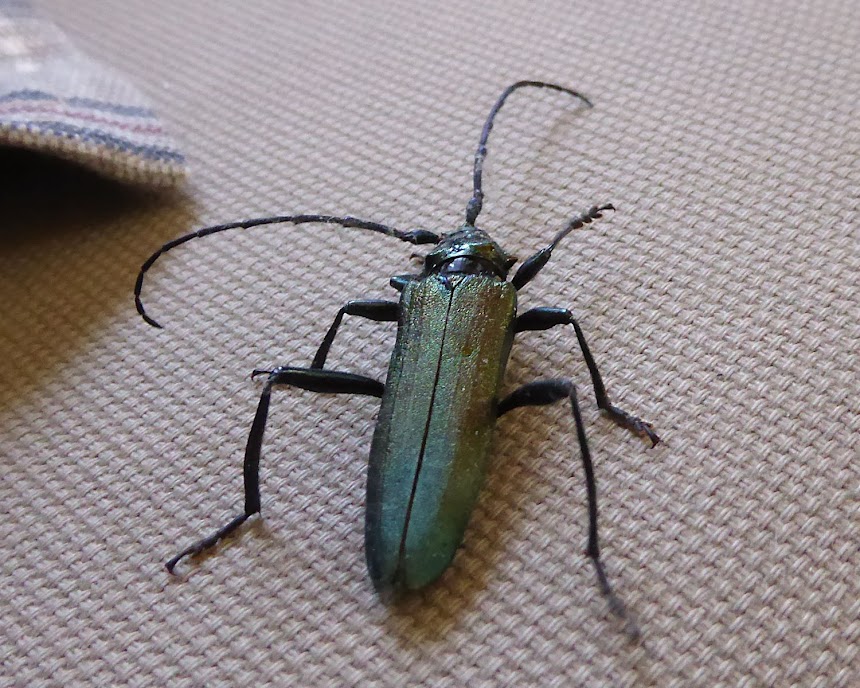 I'm not good at identifying European fauna, since I didn't grow up here and lived exclusively in French cities when I was younger, but this beetle seems to be called l'aromie musquée or, in English, the musk beetle. It's a kind of longhorn beetle. It flies. French Wikipédia says: Son nom provient de la sécrétion à odeur de musc très agréable que cette espèce émet. In other words, the aromie is smelly, but it's a pleasant smell. I personally didn't detect any odor.