The towers of Saint-Nicolas à Blois 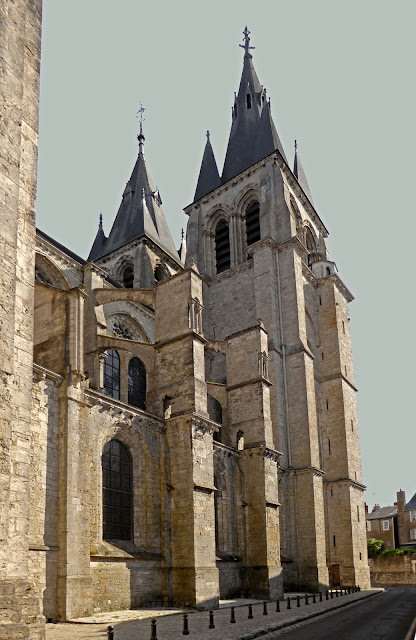 The église Saint-Nicolas de Blois was originally a monastery that had been founded before the year 1000. Construction of the church began in the year 1138 and continued for nearly a century. It replaced an earlier church on the site that had been destroyed by fire. 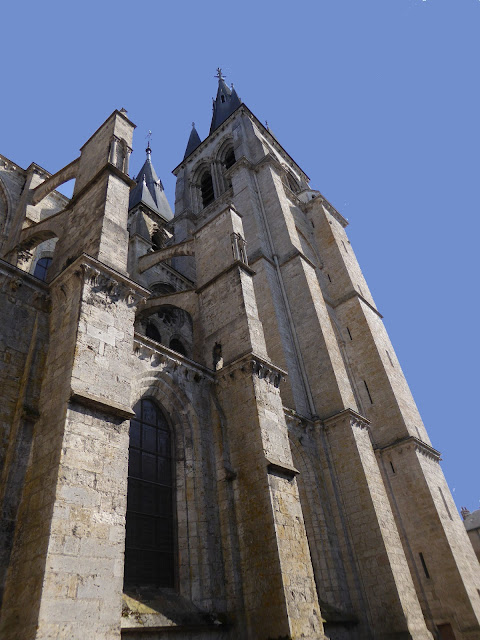 The church became an important pilgrimage site because it contained the relics of several saints and a fragment of the cross on which Jusus was crucified. At the time of the Hundred Years War the church was fortified to resist attacks by English forces. 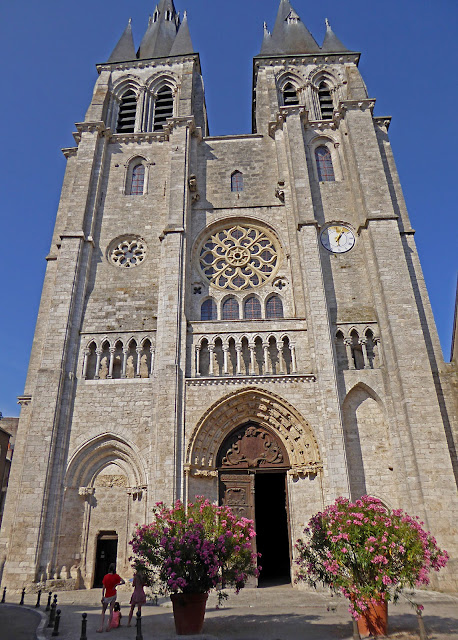 Toward the end of the 16th-century French Renaissance, the church was severely damaged during the religious wars that opposed Catholics and Protestants. It was restored over the course of the 17th century. 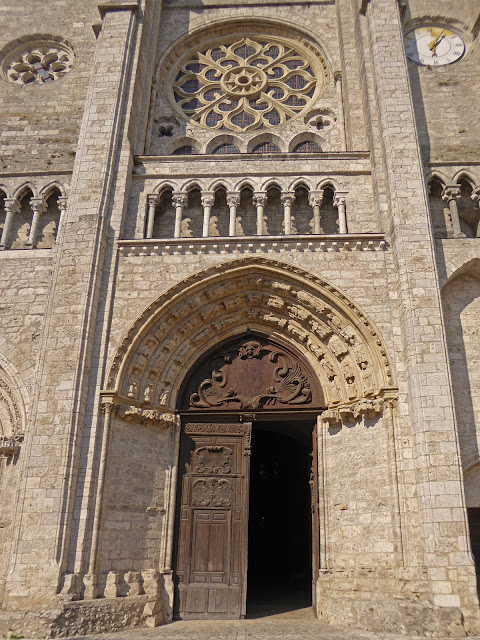 During the French Revolution at the end of the 18th century, the cloister at Saint-Nicolas served as a hospital. The church has been classified as a Monument National in France since 1840. 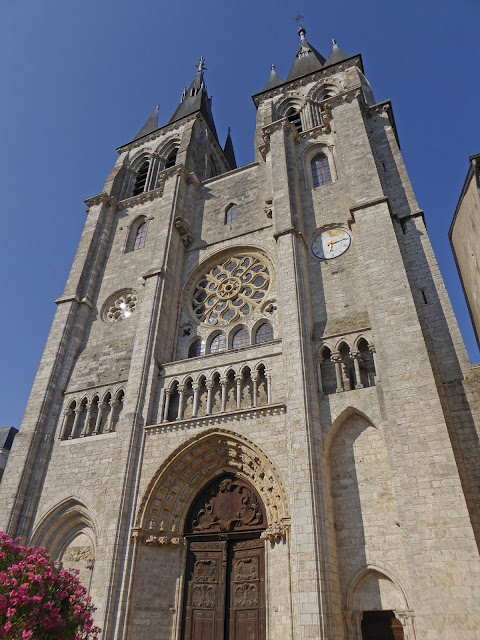 Originally, there were three large statues on each side of the main doors of the church. Those disappeared long ago. The neighborhood around Saint-Nicolas de Blois was badly bombed during World War II, but the church itself suffered only minor damage.