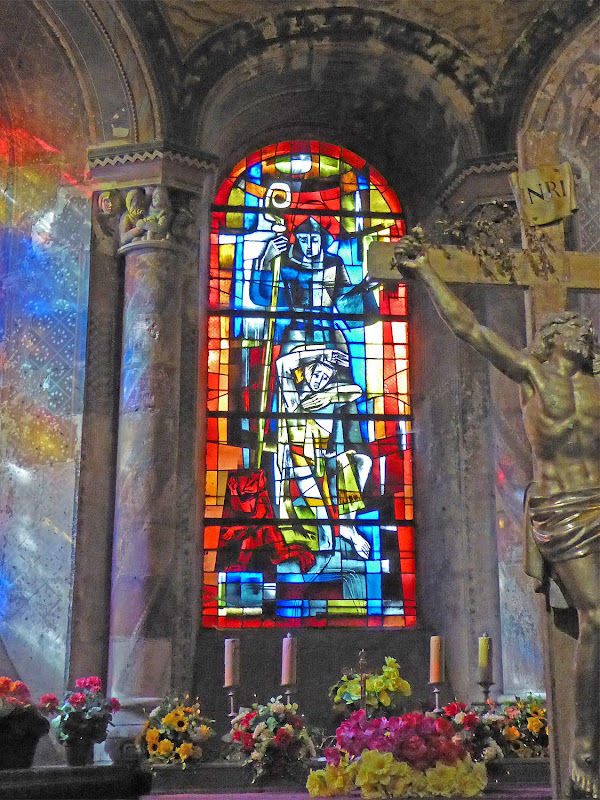 The abbey or monastery that was founded in Blois in the year 924 was dedicated to a saint named Laumer (or Lomer). The Benedictine monks who founded it were fleeing Vikings who had invaded what is now called Normandy, to the north. The existing church in Blois is sometimes called « l'église Saint-Nicolas Saint-Laumer ». It's a long story.


The photos in this post show closer-in to farther-out views of the chapelle Saint-Laumer inside the église Saint-Nicolas and its vitraux (stained-glass windows). On the French Patrimoine-Histoire web site I read:


("The St. Laumer chapel houses the church's baptismal fonts. Twentieth-century stained-glass windows designed and fabricated by the artist Pierre Gaudin and his collaborators, set in this Romanesque architectural environment, create a magical atmosphere.") 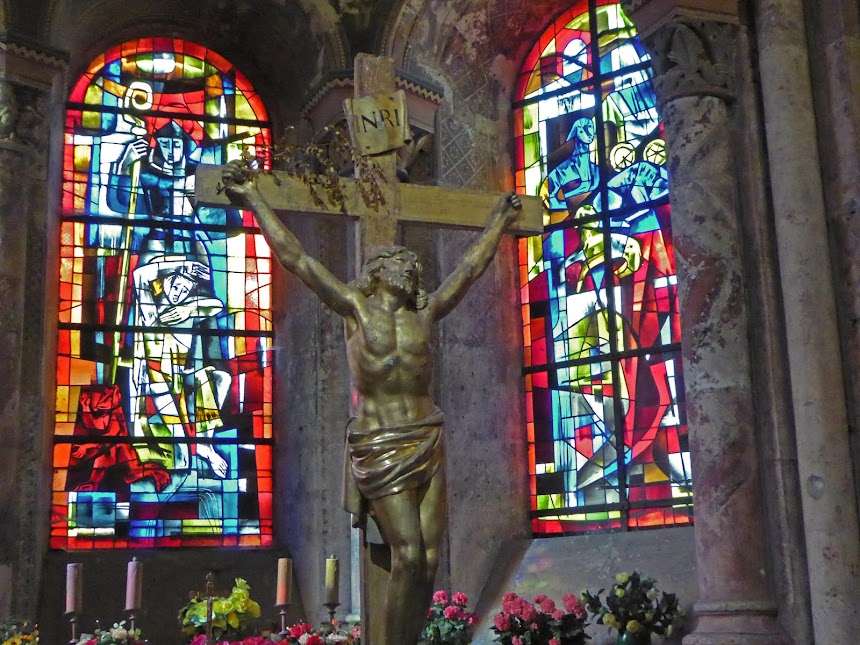 So the ancient name of the Saint-Nicolas church is Saint-Laumer. The Benedictine monks arriving from the north built or were granted the right to occupy an earlier church on the site, but that building was destroyed by fire in the early years of the 12th century. The existing church, as usual modified and expanded over the centuries — the soaring spires for example, date back only to the 19th century — was built later, in the 12th and 13th centuries. I read somewhere that the name of the church was changed to Saint-Nicolas in honor of another Blois church, one that did not survive the 18th-century French Revolution. 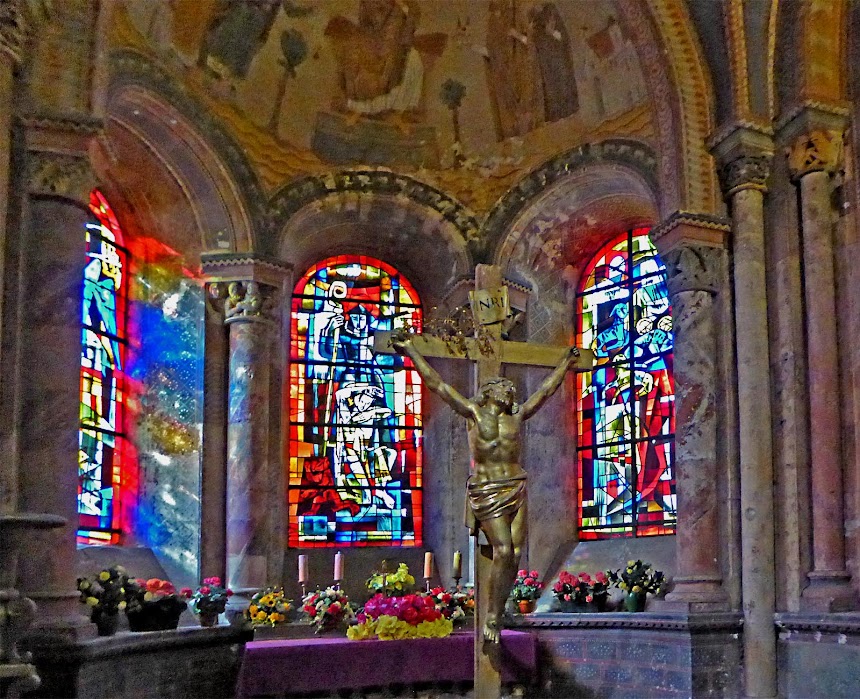 Writing the detailed history of a building like this church is a much more daunting task than writing the biography of a human being. The church has stood for nearly 10 centuries and gone through many changes and "improvements" over time. People in different epochs and eras have modified it to suit their tastes and needs. Such is the world. I took these photos last Friday, 05 July 2019.