The "dog days" of summer — called la canicule in France — don't start on a precise date and end on another precise date. However, historically, the period called "dog days" covers the month starting about now in July and ending in late August. That's an astronomical view of things, because the star known as Canis Major, the dog star, rises above the horizon in northern latitudes at this time of year, and its rise coincides with the hottest part of the year in Europe and North America. It's the brightest star in the heavens after the sun. 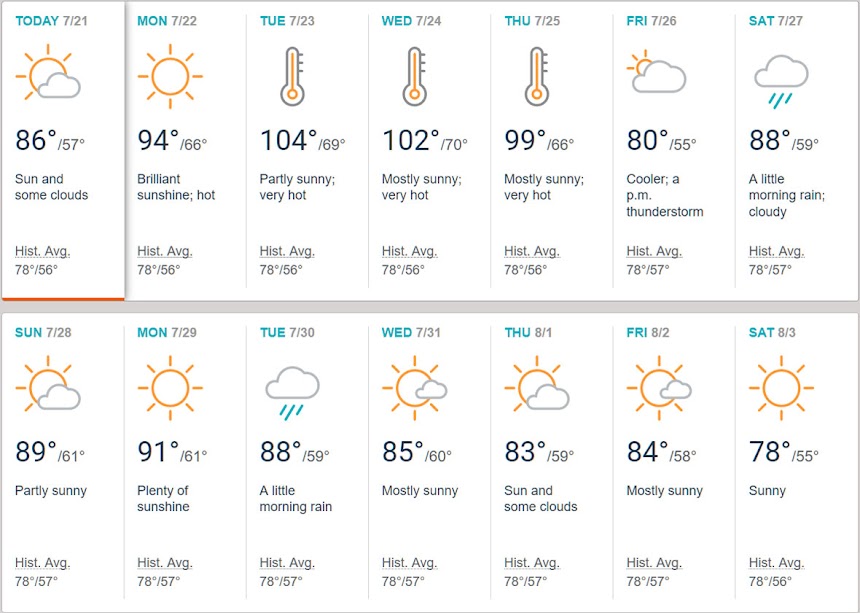 Ancient Egyptians and Greeks believed that the heat of the dog star combined with the heat emanating from the sun to produce some of the year's most torrid weather. It's happening that way here in France this summer. Look at Accuweather's Saint-Aignan forecast for the coming week, above, in English and in degrees Fahrenheit. See below for the same forecast in French and in degrees Celsius. The most uncomfortable days will be Monday, Tuesday, and Wednesday. With any luck, we won't have to suffer much longer than that — unless we have another heat wave in August. 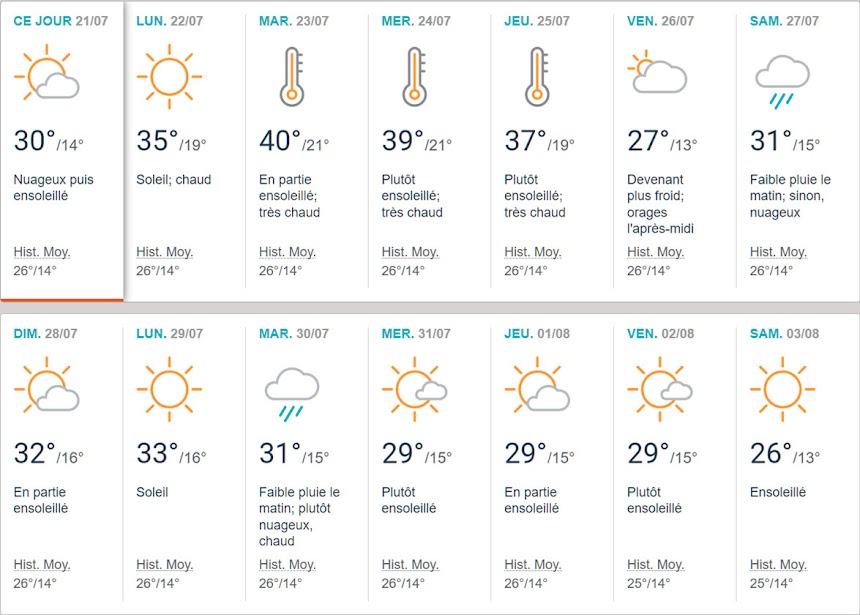 In meteorological terms, the arrival of "dog days" or major heat waves is not so precisely defined in time. Here in France, we had an early épisode caniculaire in late June this year. The highest temperature in the history of record-keeping in France — 46ºC (about 115ºF) — was recorded on June 28, 2019, at Vérargues, a village located about halfway between Nîmes and Montpellier near the Mediterranean coast. It didn't get quite that hot here in Saint-Aignan, however, with a highest high of 39º on June 29. 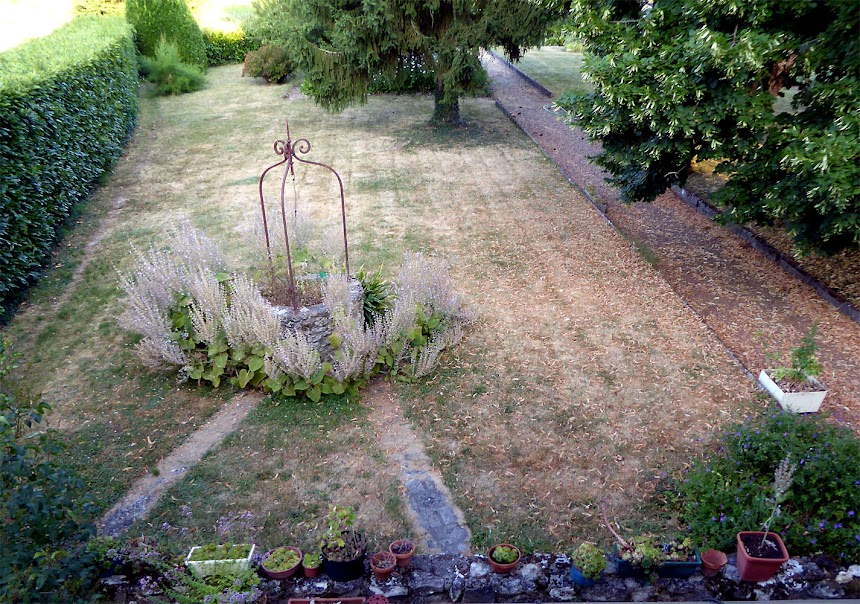 It probably will get at least that hot again this coming week, and it will definitely correspond to the meteorological definition of the term canicule. It will be time to hunker down and limit physical activity. I hope the humidity won't be too high. Already, our back yard looks like summertime in California — the grass is completely parched and brown. It hasn't rained here since mid-June. 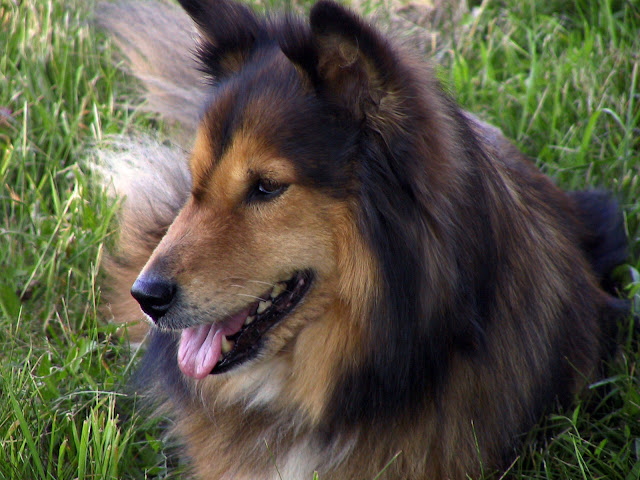 Speaking of dog days, I remember that in August of 2003, during one of the worst épisodes caniculaires of recent times in France, our dog Collette dug herself a hole at the northeastern corner of the house, in the shade, and lay in it for many hours over many days, instinctively seeking respite from scorching temperatures. She was 11 years old when we brought her to France in 2003, and had lived the previous eight years in chilly San Francisco. Tasha, the current pup, is also suffering because of this summer's heat waves.