Before Christmas, when capons and turkeys were on sale at promotional prices, I decided to buy a turkey for the freezer. We'd cook it in January, I said to myself. Well, here we are in mid-January. 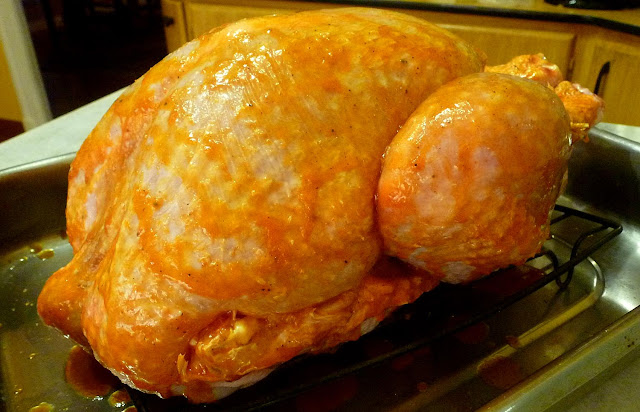 To make the roasted turkey something different from a Thanksgiving or Christmas bird, I made a glaze for it. It's not really a recipe. You start by melting a good amount of butter. To the melted butter, add a teaspoon or so of Worcestershire sauce, two tablespoons of Louisiana hot sauce (Portuguese piri-piri sauce is a good substitute), and one tablespoon of vinegar (wine or distilled). 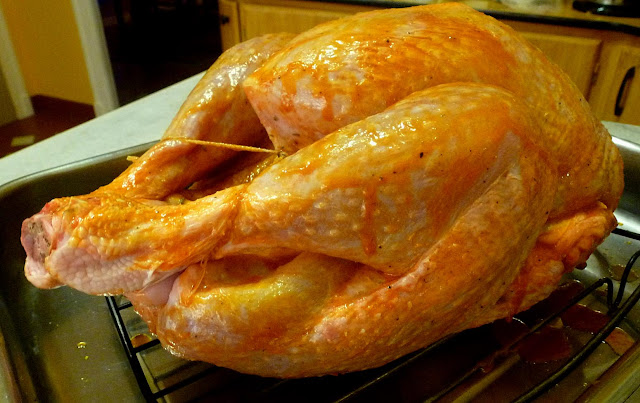 Season the butter mixture with salt and black pepper and ground cloves, along with some garlic (fresh or powdered) if you like it. Let it cook for five minutes to blend the flavors. Then brush a good coating of glaze on the turkey before you put it in the oven. I also put two bay leaves and about a teaspoon of dried thyme inside the turkey. 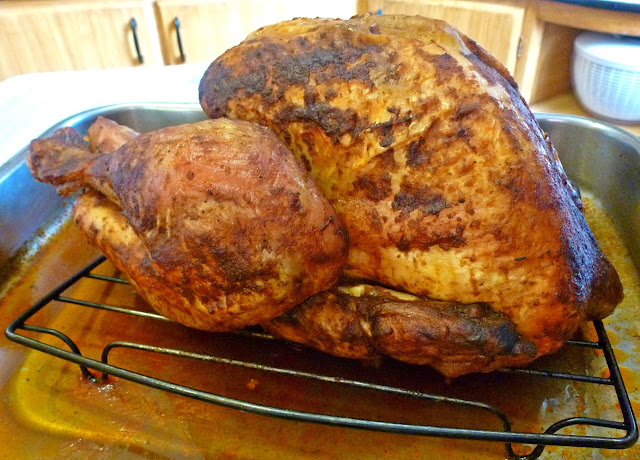 I roasted the 3-kilogram turkey slowly for 3½ hours, on a rack in a pan with some water in the bottom. I started the oven at 160ºC/325ºF, gradually lowering the temperature over the course of the cooking time as the turkey browned, until it was down to just 100ºC/210ºF for the last 45 minutes. 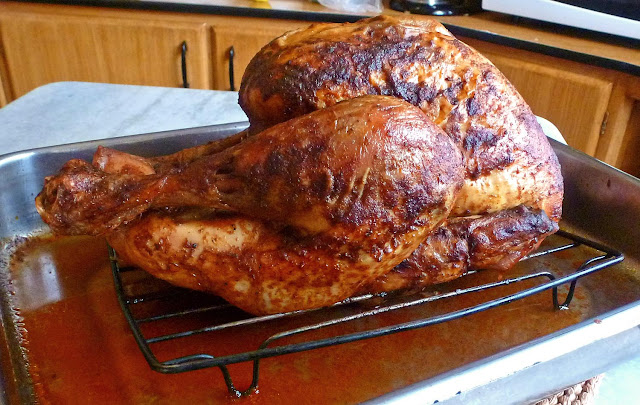 I basted the tukey with the butter glaze half a dozen times during the cooking, until the glaze was all used up. And then, toward the end, I basted it with the cooking juices in the bottom of the pan, which hadn't burned because I had replenished the water several times. The turkey was tender and moist when we ate some at lunchtime. That's a good thing, because we'll be eating turkey for days.
Posted by Ken Broadhurst at 07:00