There's a French TV channel called Campagnes TV that we started receiving on our CanalSat satellite system last year. We watch it during the day as we are busy on our computers, slowly making lunch, doing housecleaning... whatever. The shows on Campagnes TV are about rural life in France, which is what we are living.


Every once in a while a segment about cheese-making, cooking, or farming will catch our attention. Since the channel plays the same shows over and over again all week, we don't miss anything if we get too busy. And if we see a report or a whole show that turns out to be fascinating, we can always record it later and see it again. 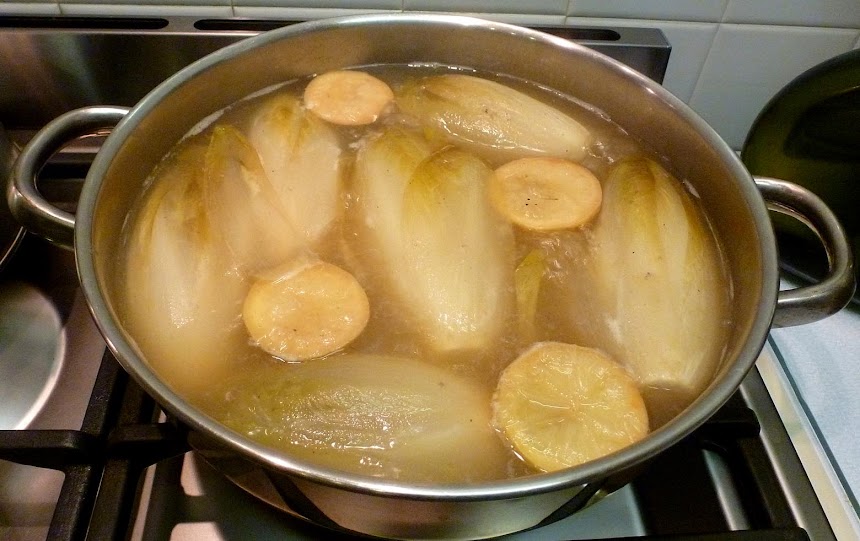 Cooking endives in chicken broth with slices of whole lemon


One of the shows I enjoy the most is called Du Champ au Fourneau — "From the Field to the Stove." (You can see that the word fourneau is related to the English word "furnace." Je suis aux fourneaux ce soir means "I'll be doing the cooking tonight.") There's a really interesting show about raising ducks for foie gras, confit, and magrets (breast filets) on YouTube, plus a lot of other Du Champ au Fourneau episodes. Another source is the Campagnes TV site itself. I don't know if you can play the videos on the Campagnes TV "replay" page — if you try viewing them outside France, let me know if they work or not. Please try it. 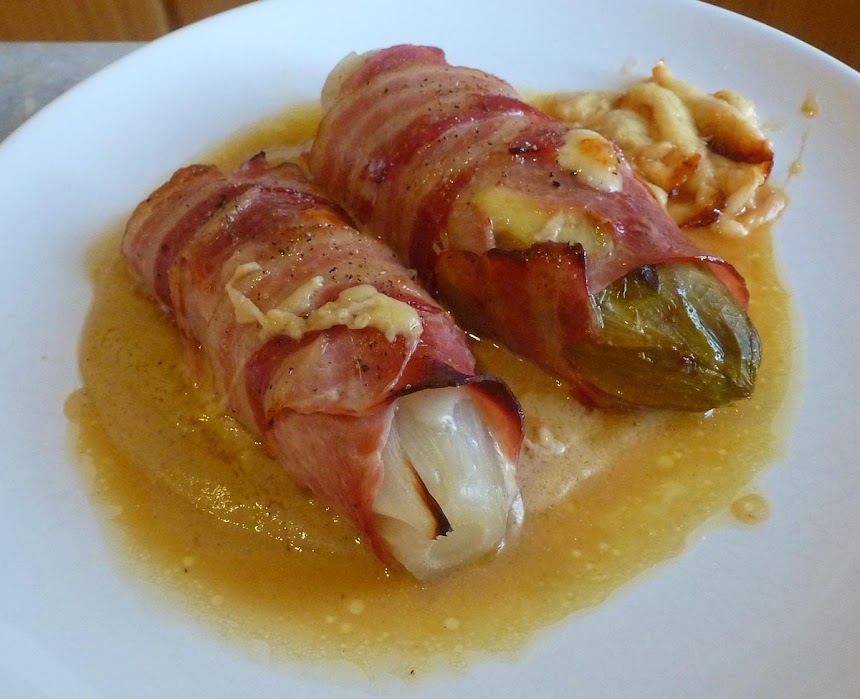 
The other day I really enjoyed a show about making un gratin d'endives au jambon, which is one of my standards — what we Americans call "Belgian endives" first cooked, then wrapped in a slice of ham, and finally baked in the oven in a cheese sauce. The show included segments on raising pigs for pork, making ham, and then growing endives on a commercial scale. 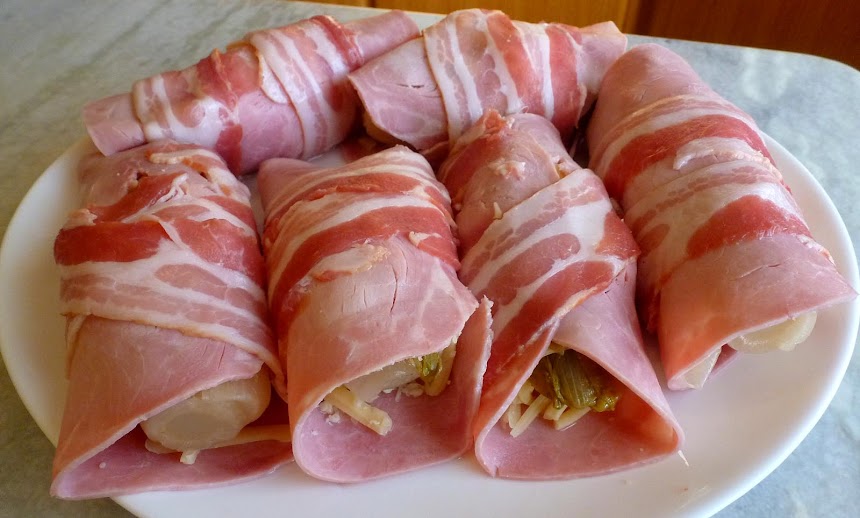 Endives and grated cheese wrapped in ham and bacon


In it, I learned a new way to make the endive dish. It doesn't involve a cheese sauce, and the endives are cooked not in white wine with butter but in chicken broth. I had just bought a kilo bag of endives at Intermarché (for the princely sum of €1.29), so I was off like a shot to make it. Instead of a cheese sauce, it uses sliced or grated cheese in the "endive roll" and then calls for wrapping them in ham and bacon before cooking them in the oven. 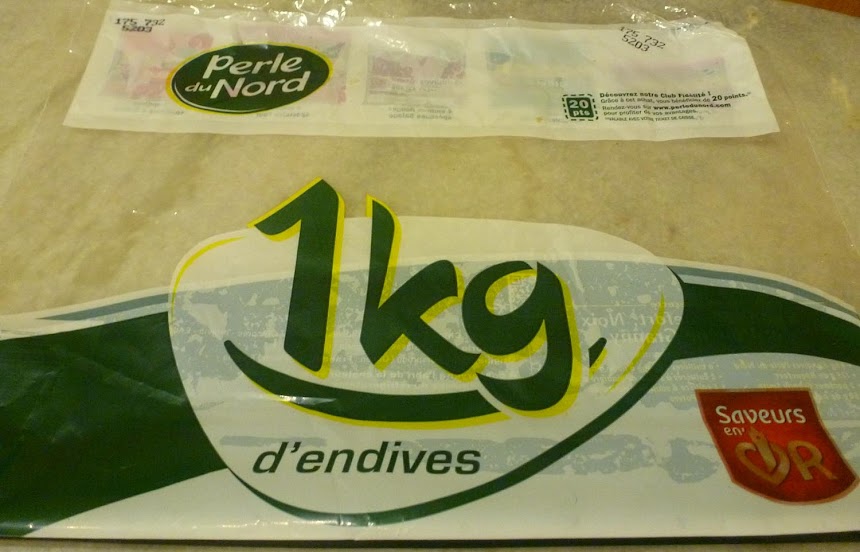 Endives « Perle du Nord » from near Soissons in northern France


As it happened, the endive processing facility featured on the show was the one that packed the brand of endives I had bought. The recipe was demonstrated by a chef who either owns (or works in) a restaurant in Paris called Le Pavillon Montsouris and located on the edge of the Parc Montsouris, near the Cité Universitaire. The restaurant is on my list now... I'll see if I can find or download the segment of the show where he makes it.
Posted by Ken Broadhurst at 07:30