Cauliflower, according to Jacques Pépin

If you are American, you probably know who Jacques Pépin is and you have probably watched his cooking shows on television. In addition, he has published many books over the past 40 or 50 years. Pépin is French from the Bourg-en-Bresse area north of Lyon, but he has lived in the U.S. for many decades now. If you live in France, England, or Australia, you might never have heard of him. It's fun to listen to him speak English, I think.


I mentioned a few days ago that I was going to make what in French is called a gratin de chou-fleur. In America, we'd call it cauliflower au gratin. If you're from some other English-speaking country, you might have a different name for it. Jacques Pépin's version is simple and quick, the instructions straight-forward, as are all of his recipes. There's nothing fussy about his cooking. 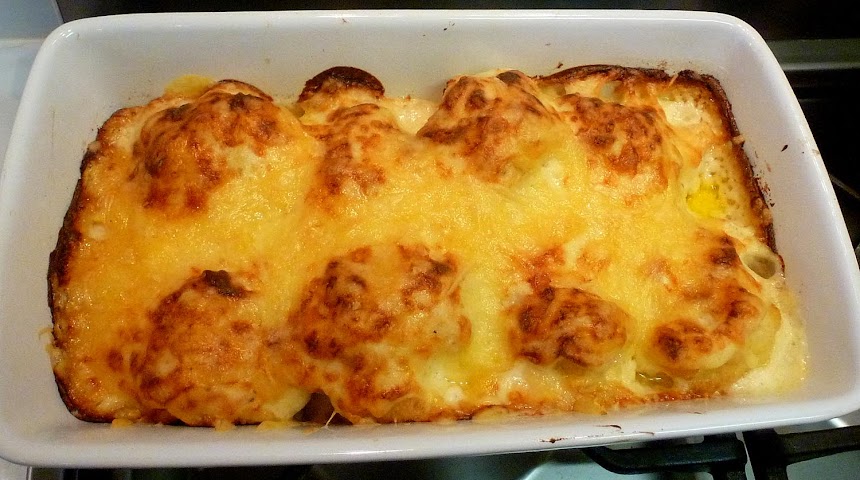 So I often go to Pépin's books and videos, of which I have quite a few, and which are available on the web, for recipes and ideas. I have an autographed copy of his Fast Food My Way book, thanks to blog reader Nadège who lives and works in Hollywood. She met him a few years ago and was nice enough to ask him to sign a copy of his book for me and Walt. 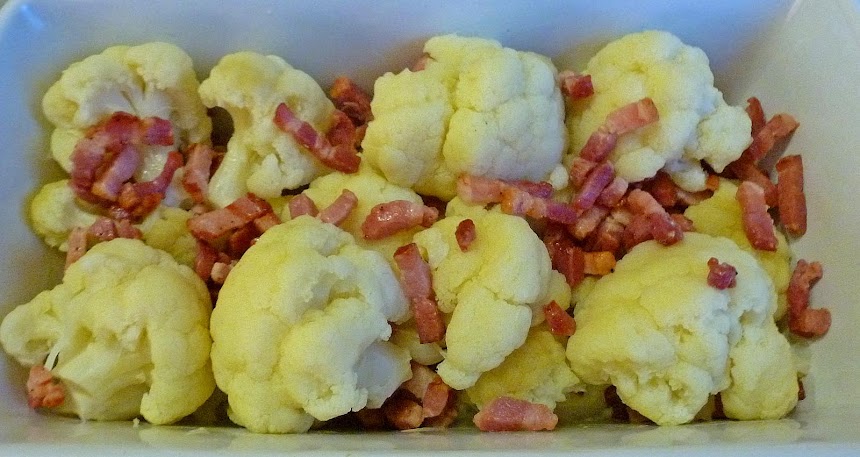 The only time I've ever seen Pépin in person, I believe, was one day when I was waiting at San Francisco Internation Airport, getting ready to fly to France I believe, sometime in the 1990s. I was sitting in a café having a glass of wine when he came strolling — no, almost running — by, probably in a hurry to catch a plane. I was tempted to go say hello to him, but it wasn't the right situation. 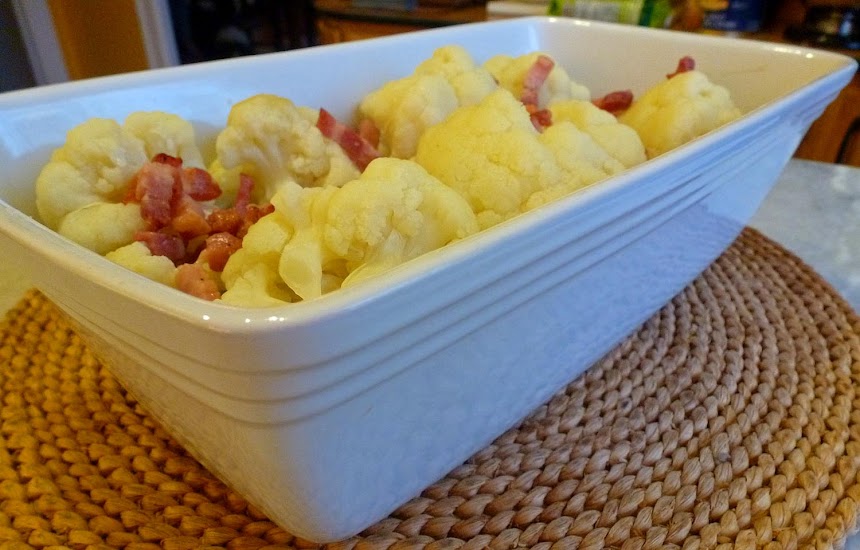 The photos here show the gratin de chou-fleur that I made on December 30. I basically follow Jacques Pépin's recipe — I've done so for years. I added lardons to the cauliflower because I had some in the fridge that needed to be used. Besides, lardons improve almost any recipe. And if you like the white dish I cooked the cauliflower in, let me tell you that I bought it recently at Intermarché for 1.50 €. I don't know if other supermarkets do the same, but both our local SuperU and Intermarché often sell the dishes that they use for pâtés and terrines at very good prices.

Walt and I started watching his cooking shows on television back in the early 1980s, when we lived in Washington DC and were homesick for France and French food. When we came back from Paris in 1982 and set up an apartment in DC, we were both busy working and didn't have a lot of time for travel. We didn't come back to France for a vacation until 1988. I was working in French in DC (with CHM and other francophones) so I wasn't completely cut off, but those six years were my longest period without a visit to France since I first came here as a student in 1970.

If for some reason the video above doesn't work on your device, you can find it on the KQED Essential Pépin site here. It seems to require Adobe Flash, but it works on my Android tablet. You can find the cauliflower recipe here, and you can see the many Essential Pépin videos and recipes by nosing around on his site. And there's a very good video interview with him here.
Posted by Ken Broadhurst at 07:31