Vegetables to ward off the cold

It's not as cold this morning as it has been. The temperature is right at freezing instead of several degrees below. What makes you warmer on frigid day? I say vegetables. Including okra, if you can get it. In the U.S. you can easily find okra either fresh or frozen. In France, okra (on les appelle des gombos en français) is more exotic and harder to find. 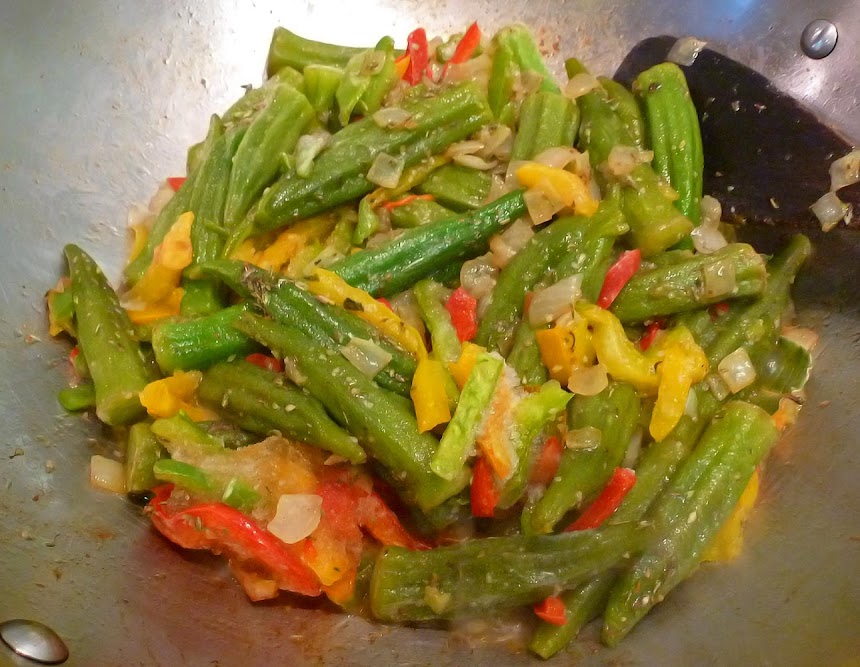 Luckily, we have two sources for fresh okra within driving distance. Both are in the Blois area, 25 miles (40 km) north us Saint-Aignan. One is a corner shop called Asia Store, near the train station in central Blois. The other, south of town, is the larger Grand Frais supermarket, which specializes in produce that you don't find in the big, conventional supermarket chains. 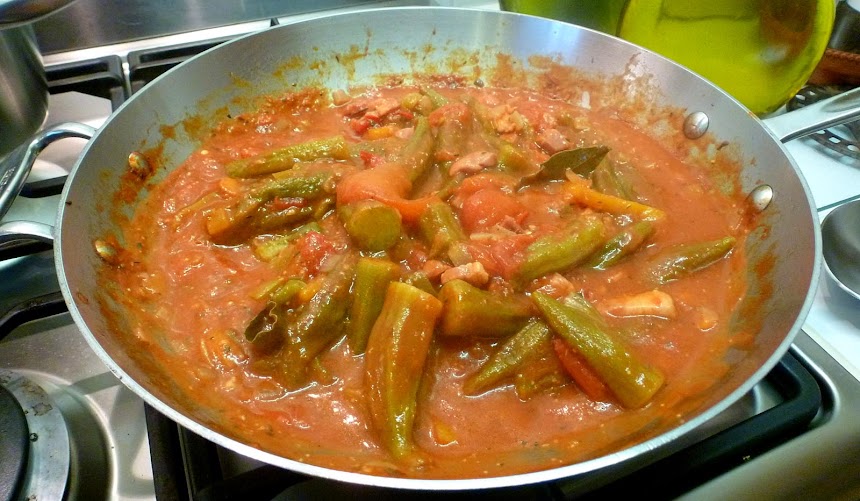 I enjoy okra enough to buy it fresh in bulk quantities, trim the pods, blanch them in boiling water, and freeze them on trays so that they stay separate and I can take just out as many as I want for a meal. They thaw quickly when frozen individually that way. Then you can make specialties like Okra and Tomatoes, shown in the photos above. I've blogged about it before. Okra, strips of bell pepper, onions, spices, herbs, and canned tomatoes (or fresh tomatoes in summer) with a splash of lemon juice or white wine vinegar.... Serve it with rice, millet, quinoa, or wheat berries.
Posted by Ken Broadhurst at 07:00