This is a photo I took in Paris in 2009. Barack Obama had been the U.S. president for six months, and we were still excited and optimistic about our country and the world. I remember the all-nighter we pulled on that election day. 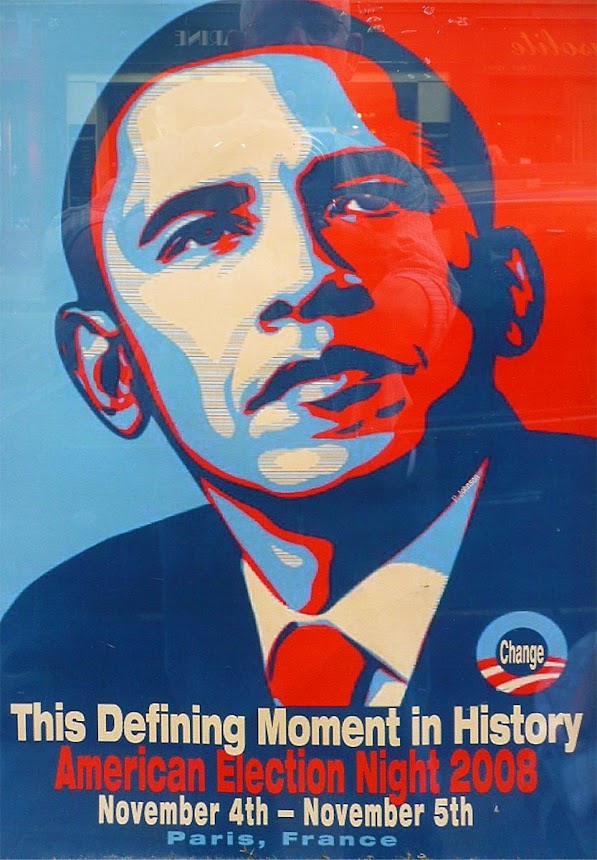 It's a little harder to keep hope alive in 2017, but as president Obama says, we're going to be okay — with a little luck. Want a cliché? It's always darkest before the dawn.
Posted by Ken Broadhurst at 07:00