A few days ago, I bought a 3 lb. bag of little potatoes that came from the Baie de Somme area in northern France. The label on the bag said they were good potatoes for sauteing, boiling, or steaming. That means they are firm, waxy potatoes that won't fall apart during the cooking process. The name of the variety is "Juliette of the Sands". 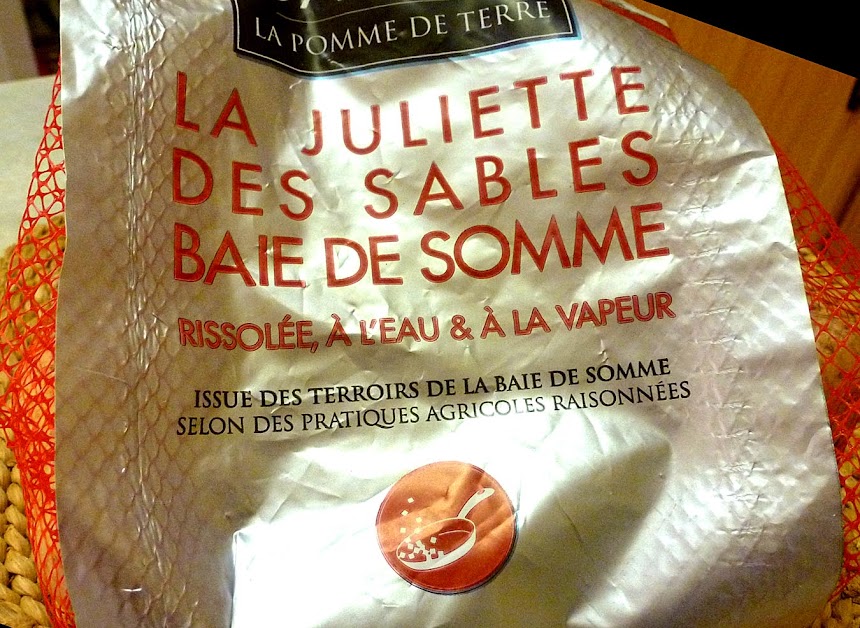 I also liked the artwork on the bag. The potatoes were excellent — I used some of them to make a gratin Dauphinois. I've posted about that way of cooking potatoes several times over the years. Potatoes, as you might know, grow really well in loose, sandy soil like that around the Baie de Somme. I'd post a photo of the Juliette des Sables spuds, but they look like... well, little brown potatoes, as you might imagine. 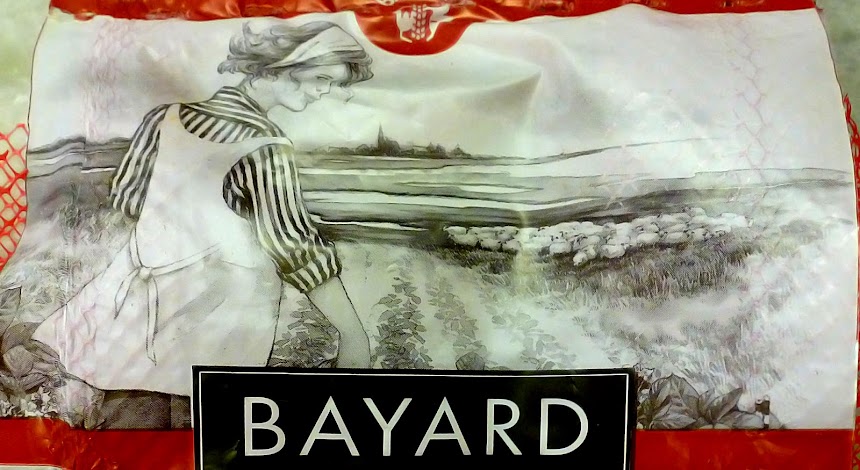 I've never been up to the Baie de Somme, but it's on my list. The bay, which is the sandy estuary of the Somme river, is located on the French coast along the English Channel, about half way between Dieppe and Calais — say an hour and a half from either city by car. It's also not far from Amiens (with its fantastic cathedral) and Abbeville, which are slightly inland.

All that reminded me that while I haven't yet driven up to the Baie de Somme to enjoy the maritime landscape and the seafood, I have flown over it. On one trip, in 2013, the plane I was on flew right over the bay as we took off from CDG airport north of Paris. The two villages on the edges of the ten-mile-long estuary are Le Crotoy and Saint-Valery-sur-Somme, each with a population of about two thousand. 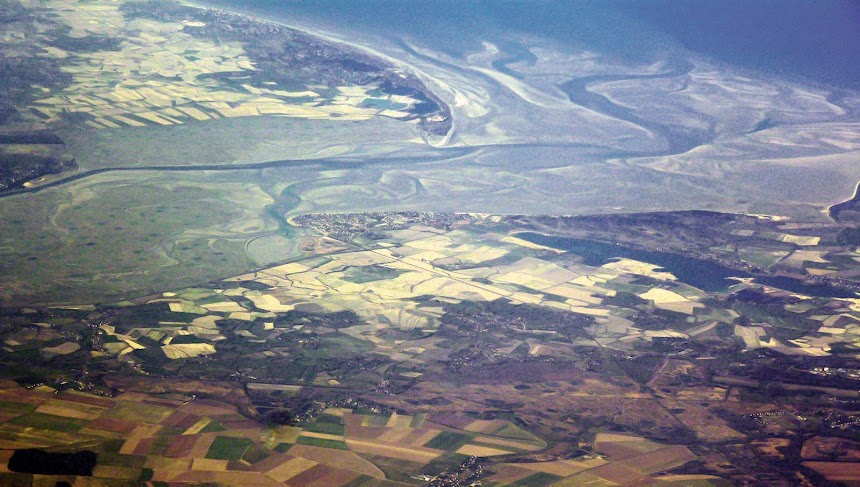 I had a window seat and snapped some photos of the bay during the flyover. I posted about it at the time, with this very blue photo. The Baie de Somme area is a five- or six-hour drive from Saint-Aignan. Maybe I'll get there one day. I'm sure it would remind me of the area on the North Carolina coast where I was born and grew up.
Posted by Ken Broadhurst at 07:20