I'm watching yesterday evening's CBS news right now. The British Sky News channel, which we receive on our CanalSat system, sometimes shows the U.S. news on Sunday mornings at 6:30. They just showed reports about the weekend's terrible weather on both the east and west coasts of North America. Snow and ice from North Carolina up into New York and New England. A foot of warm rain falling in California, melting the deep snow on top of mountains and threatening major flooding and landslides. It all makes our weather here in Saint-Aignan seem ridiculously mild and pleasant. 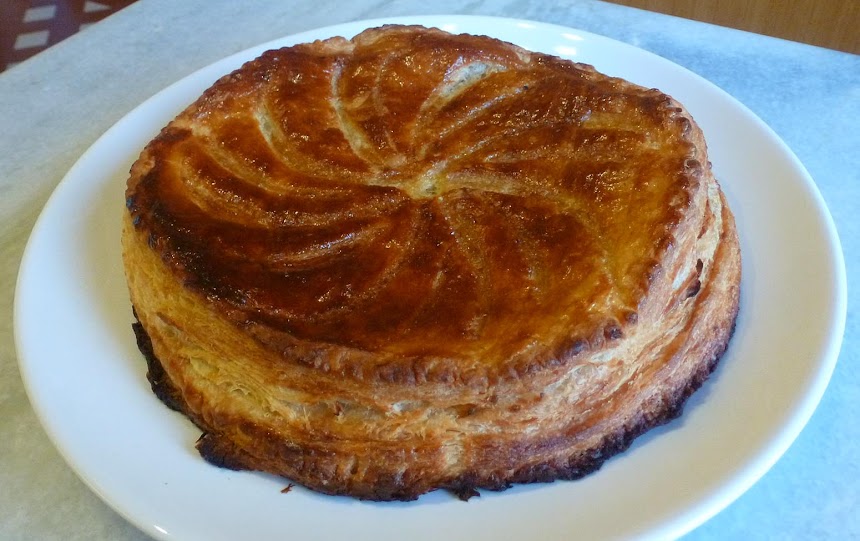 Meanwhile, we've been enjoying our annual galette des rois, the traditional "king cake" made and eaten in France to mark the holiday called the Epiphany — the 12th day of Christmas. It falls on January 6 and in some countries and cultures, is celebrated as Christmas. On North Carolina's Outer Banks, it was called Old Christmas and people there used to observe it instead of December 25. I imagine that's ancient history these days. According to legend (and St. Matthew), the three Wise Men, les Rois-mages in French, followed a star and arrived in Bethlehem bearing gifts for the new-born Christ Child on January 6. 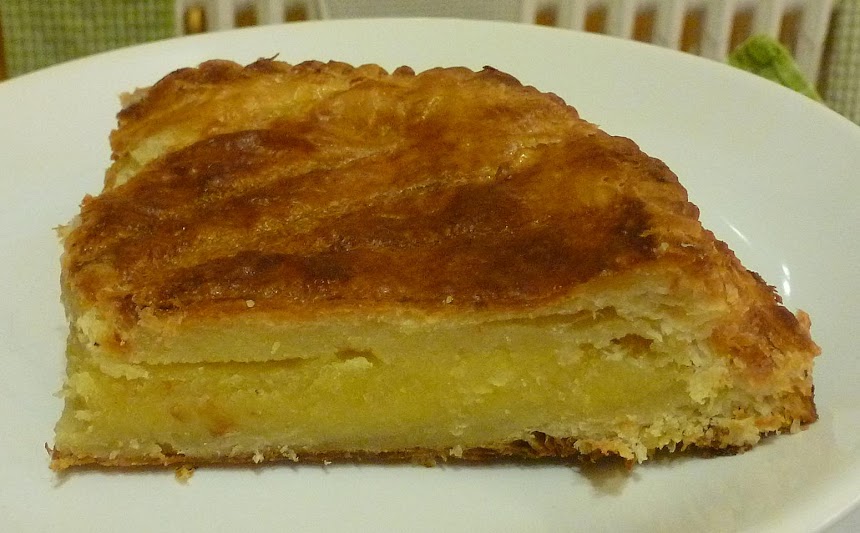 The galette des rois is a cake made of puff pastry (pâte feuilletée, also called "flaky pastry" and used to make croissants) filled with almond cream (made with butter, almond powder, and an egg). You can see the illustrated recipe in this 2009 blog post. Walt makes it all from scratch, and it's an all-day process because the dough has to rest in the refrigerator for 30 minutes between each of half a dozen foldings and rollings to make the pastry's characteristic layers and crunch.
Posted by Ken Broadhurst at 07:15