About two weeks ago, around Christmas, I went to SuperU to do some shopping. On the store's main aisle they often set up displays of items that are en promotion — advertised specials. There I saw a refrigerated case of foie gras of all kinds — in jars, in shrink wrap, whole livers, pâtés called blocs, and so on. 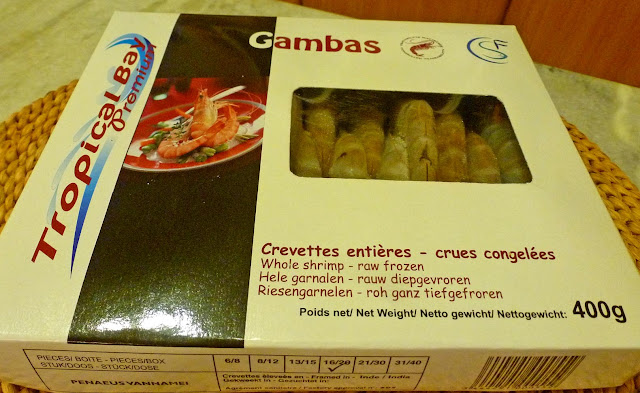 There was also a freezer case and what was in it caught my eye. It was gambas, also known as shrimp or prawns. And they were not pre-cooked. Shrimp are almost always sold pre-cooked in France, and that limits what you can do with them, in my opinion. 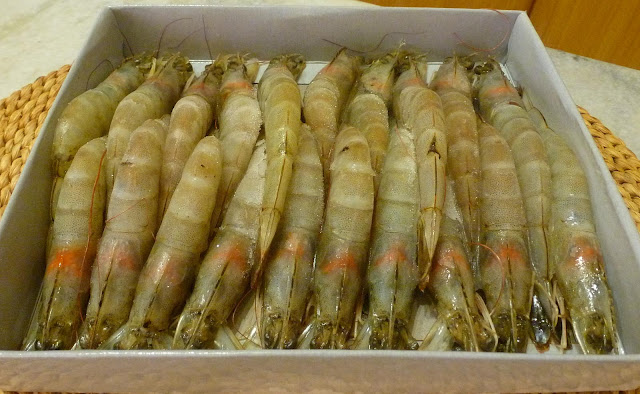 There they were — heads, tails, legs, shells and all. About two dozen per box, weighing nearly a pound (400 grams). And they were on special for 2.99 € a kilogram. Raw!

I picked up two packages. On the back of the package there were two recipes. One of them was Shrimp with pineapple. Hmmm. Walt said, let's make that. 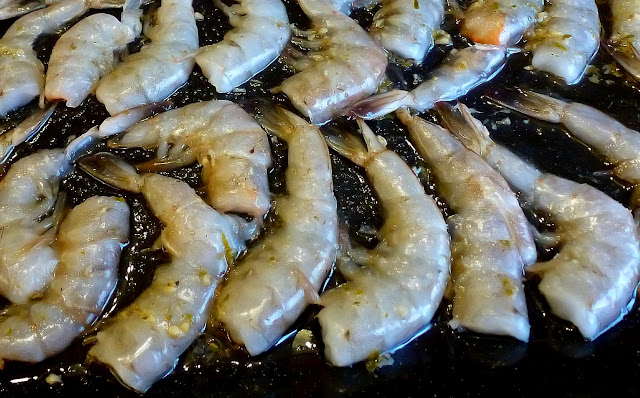 The photo with the recipe on the back of the package (see below) showed the shrimp split in half with their heads still attached. I tried doing that but it was a lot of trouble to cut them that way, so I (be)headed them and then split them. You can boil the heads to make a good shrimp broth.


The recipe said to baste them with herb-infused olive oil. I decided that sesame oil infused with ginger, cayenne pepper, and Kaffir lime leaves would be better. 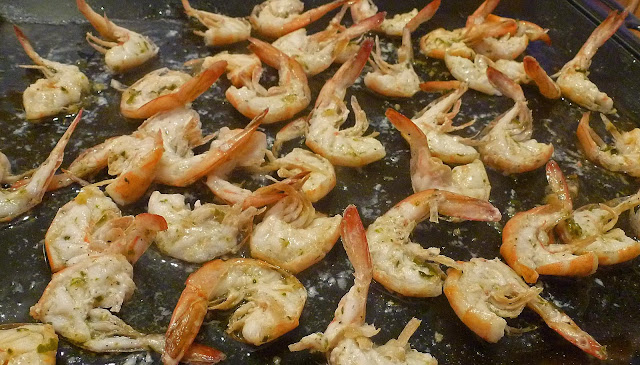 First I had oiled a baking pan with the mixture of sesame oil and a neutral vegetable oil (sunflower). It only required about a quarter of a cup of oil. The shrimp first went cut-side-down on the pan and then got broiled at high heat, close to the stove's heating element, for three minutes. Then we turned them all over and broiled them again for about two minutes, cut-side up. The shrimp were done. 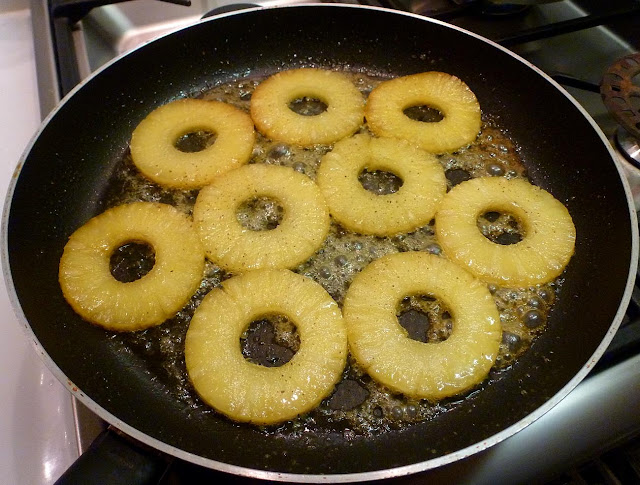 Meanwhile, Walt opened a can of pineapple slices. He poured the syrup they were packed in into a frying pan and reduced it over high heat until it started to caramelize. In went the pineapple slices and a big chunk of butter. The pineapple started to glaze and brown in the pan. All it needed was a sprinkle of pepper — both cayenne and black pepper, to taste. It was ready too. 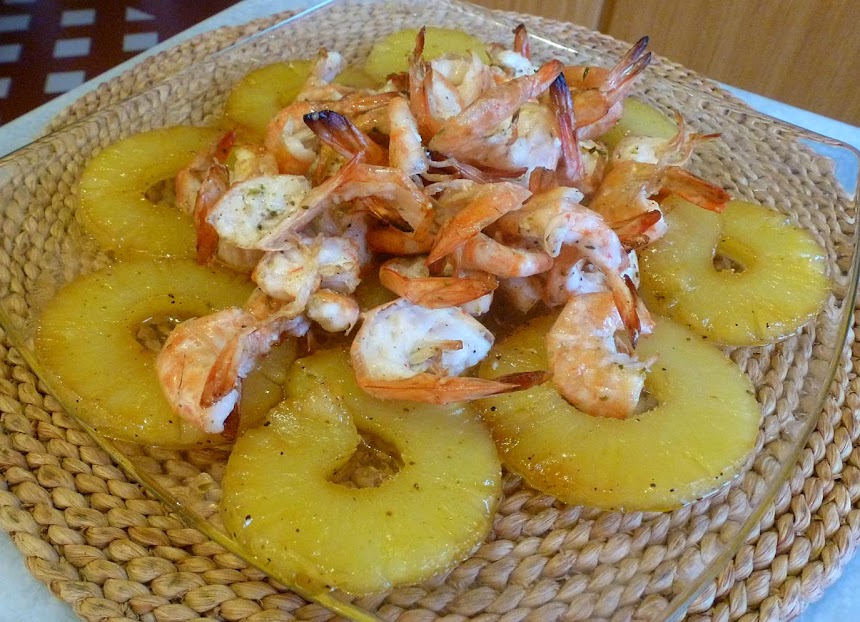 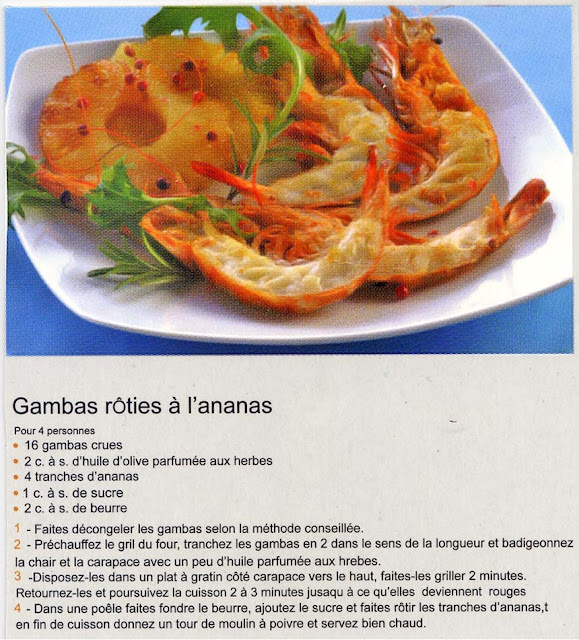 The result is above. We squeezed on some lime juice and served it with a good amount of steamed Thai jasmine rice. Some more sesame oil and a little bit of soy sauce at the table rounded it all out. We ate the shrimp with our fingers...

There's the recipe on the left. It's pretty simple.
Posted by Ken Broadhurst at 07:15