The mornings are light earlier now when I go out for the walk at between 8:00 and 9:00. We're in the awkward season during which it's hard to tell whether we're still in winter or already in spring. Either way, it's much warmer these days — 9ºC (nearly 50ºF) this morning, and 16ºC (over 60ºF) predicted for this afternoon.


Here are five photos of the back gate that I took yesterday morning on my birthday walk with the dog. (I just realized that you can also see it in the banner photo above.) 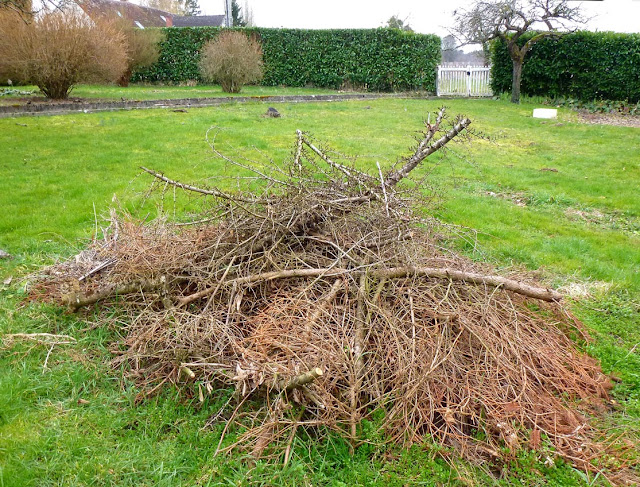 On the way out, inspecting the garden plots, I realize there's a lot of work to be done out there.
First, we really need to have a fire and get rid of a lot of debris. 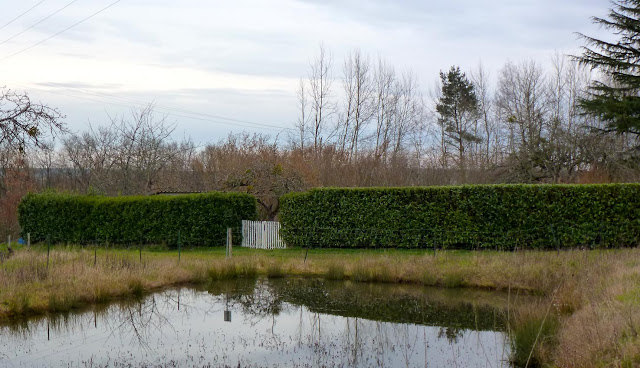 Heading out around the pond. We are waiting for the tree-trimming crew to come cut that
section of hedge to the left of the gate down to about half its current height.
The height of the gate, in other words. 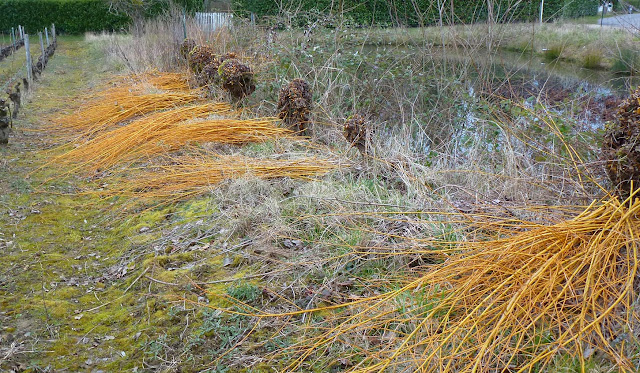 From the other side of the pond, you can just spy the gate behind all the willows
that have been cut down. Not only the vines but many other plants are pruned
to prepare them for new growth. 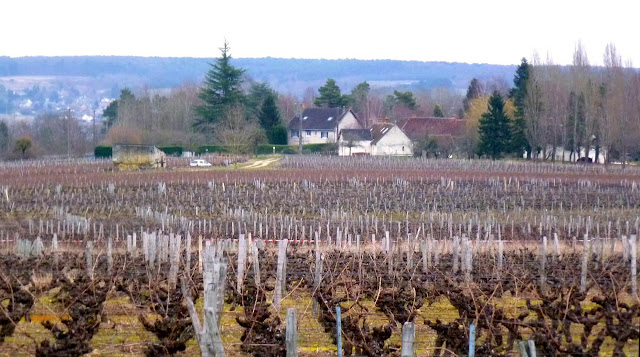 A view from much further out in the vineyard. The car belongs to a man who has been
working out in the vines by himself for several weeks now. It must be lonely work.
He puts in an eight-hour day, rain or shine. Callie likes him
and usually goes and greets him when she's out there. 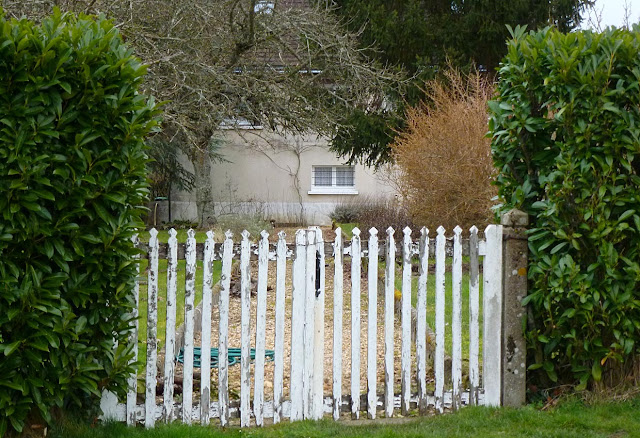 Arriving back home, I realize how we really need to have the old gate replaced.
Maybe (later) this spring...
Posted by Ken Broadhurst at 08:00