This a very simple recipe for soup, and the result is delicious. It's good food for a first day of spring that still feels more like winter.

I think I tend to forget about some of the old home-cooking classics, until I happen to buy a food item and start searching for good ways to use it. In this case it was a 5 kg bag of big baking potatoes. Then I found a bag of baby leek tops in the freezer, where they'd been lurking since last year's garden was harvested. 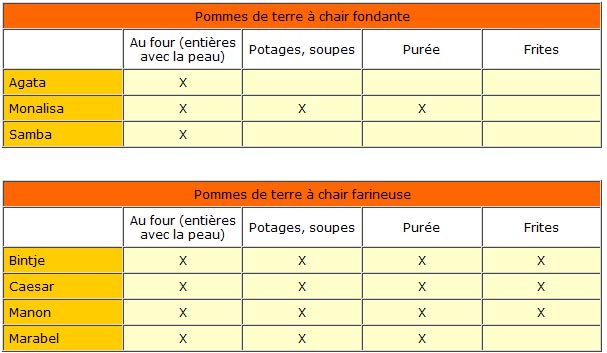 Varieties of baking potatoes in France, and other uses they are good for
The recipe, from Monique Maine's Cuisine pour toute l'année, calls for four "pretty" potatoes. Those will weigh in at between 2 and 2½ lbs. (a kilogram). Use Idahos, for example. Here in France, I bought a bag of potatoes of the variety called Caesar, which are good for baking, mashing, or frying -- and for making soup.
The other amounts in the recipe are pretty clear: two leeks, two garlic cloves, a sprig of thyme, and about 2 quarts (or liters) of water (or broth). Add butter or cream to taste at the end, as well as salt and pepper. Remember, you can always add more of these flavor ingredients, but once you've added them you can't take them back out. 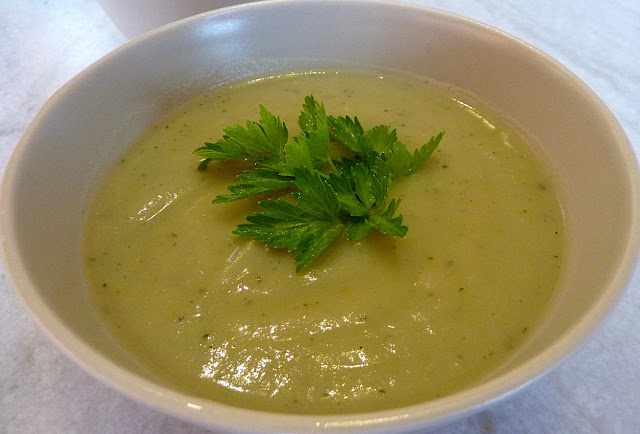 If you don't have leeks, you can make the same kind of potato soup using two medium onions or a bunch of green onions instead. In another classic of French home cooking, Je sais cuisiner, Ginette Mathiot calls the onion version of the soupe potage parmentière.
I used chicken broth that I made myself as the base for the soup. A lot of French recipes will call for using a chicken bouillon cube dissolved in water. If you do, cut down on the salt because those cubes are very salty. Or just use water as the cooking liquid. Monique Maine's recipe says to throw in a "handful of coarse salt" — that sounds like a lot to me. Maybe she had small hands.
The best thing to do is to cook the potatoes and leeks in a smaller amount of liquid than you think the soup will need, and then puree them (I used a stick blender). At that point, add more liquid (water or broth) to bring the soup to the consistency you want. Then adjust the seasonings (salt and pepper to taste). Add butter or cream just before serving, or at the table so that the calorie-conscious can opt out.
Posted by Ken Broadhurst at 08:00