It started off as pleasant, sunny Sunday, but it ended with a bang. Rain was forecast for the end of the day and into the evening, but we didn't expect the déluge. 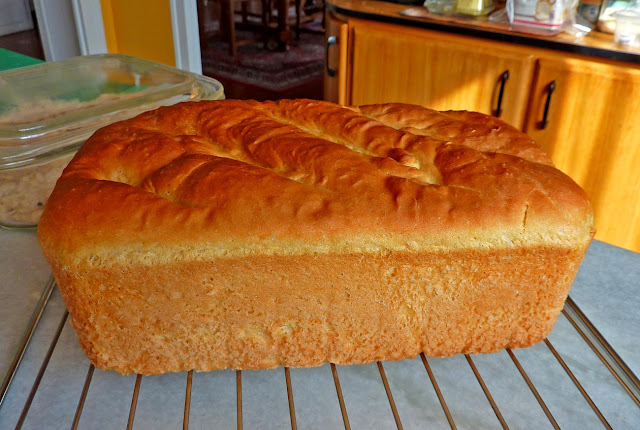 "Light bread" for toast and sandwiches


In the morning, I decided to make a loaf of what we used to call "light bread" where I grew up. That's bread "lightened" with yeast, as opposed to heavier breads like, say, cornbread, which are made with baking powder (levure chimique in French). It's sandwich bread, loaf bread, or, in French, pain de mie. 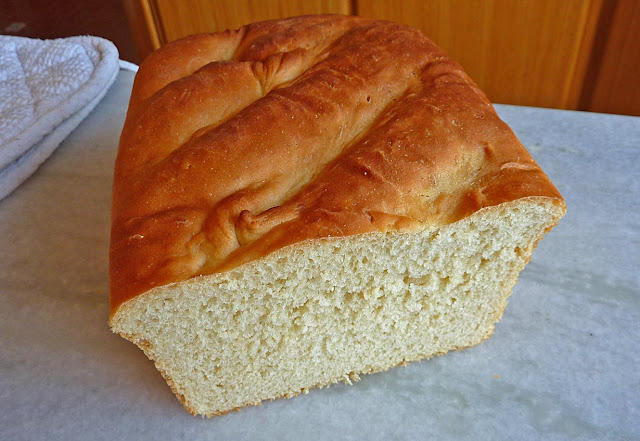 A tight fine crumb is what you want in pain de mie. More and more French people
are using bread machines (MAPs or machines à pain) to make their own daily bread.


It came out pretty nice. We don't have a bread machine, by the way. We use our Kitchenaid stand mixer and also do some of the kneading by hand.


Then I watched some birds nesting in a hole at the top of the trunk of a birch tree that we had to have cut off a few years ago. The birds are insect-eaters called "blue tits" — we see them and the larger "great tits" all the time. 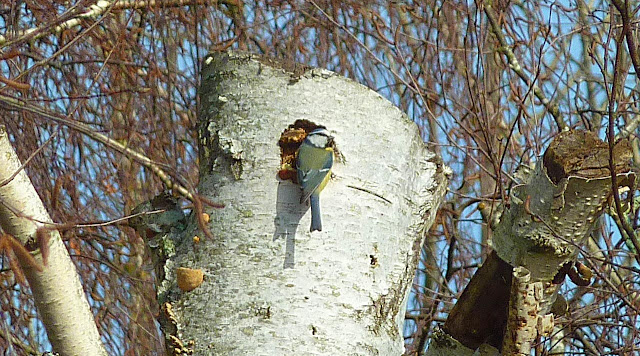 
Around four p.m., I was on the phone with my mother. We had a bad connection and got cut off twice. I don't know why. And then I noticed that dark clouds were coming in from the west. I told my mother I needed to go walk the dog before the rain started, and that I'd call again in a few days and we could hope for a better line. 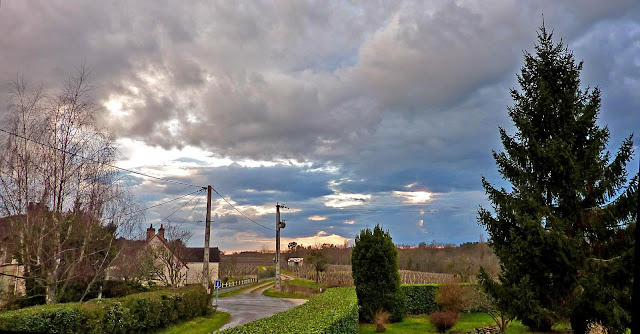 Storm clouds moving in from the west


So I went out for the walk with Callie and was back home by 5:00, when the bottom fell out. It poured and I was glad I'd gone out early. Hard showers alternated with bright light from the setting sun.


Then darkness fell and lightning and thunder started. The lightning wasn't too close to us, but the thunder was strong enough to rattle the roof tiles. You know, those heavy tiles just hang on slats — they're not really attached to anything — and the shock wave from the lightning shook the whole house, setting the roof tiles clattering. It was unnerving. Callie was nervous and started barking at the noise.


Next came the déluge. At first it sounded like hailstones hitting the roof tiles and, worse, pounding against the Velux skylight-style windows. I sat up there in the loft thinking, what if hail breaks the glass in the windows? How would be keep the rain out? 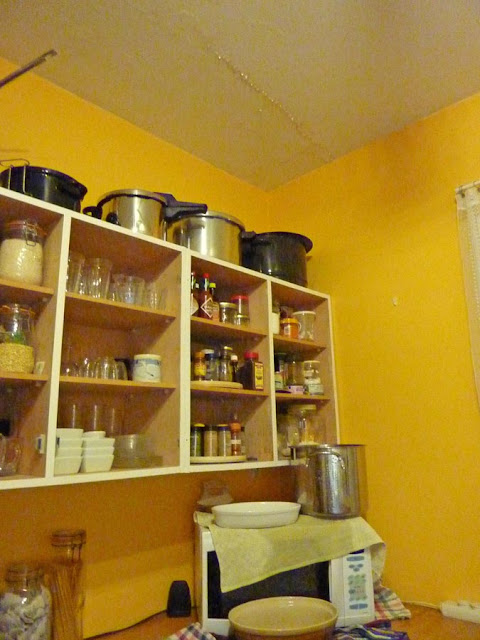 Rainwater pouring in through a crack in the kitchen ceiling — not ideal...


I went downstairs to open a bedroom window and stick a hand out to see what it was that was falling from the sky. It turned out to be rain — huge, heavy drops. That was a relief. Suddenly I heard a strange popping noise from the direction of the kitchen. It sounded almost like popcorn popping.


It turned out to be water dripping into the room through a crack in the ceiling, directly above the microwave oven. This has happened before, but the first and only other time we had such a spectacular leak was in June 2007. We actually had some roof work done last fall to try to fix it. We were optimistic that it had worked. No such luck.


The water was dripping heavily out of a crack about three feet long. We put pots and dishes under it to catch as much of the water as we could. We deployed many towels. We quickly grabbed the microwave and a lot of other kitchen things and moved them out of the way. The dripping continued for fifteen or twenty minutes, until after the heavy rain stopped. 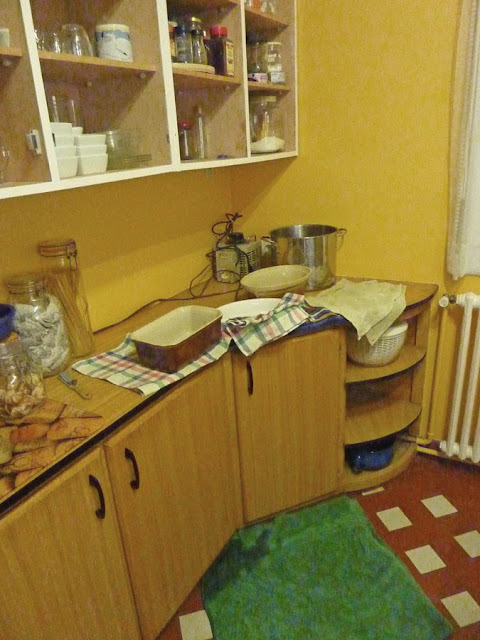 Lots of towels, pots, and dishes


Now we have to try again to figure out what the cause is. It only leaks when we have extremely heavy rain in sudden downpours. Three different roofers have inspected that part of the roof and none has found any real sign of a problem. It leaks where the main roof and the dormer roof form a valley overhead.


It could be worse, I guess. A couple of hundred miles north of us, along the Normandy coast from the Mont St-Michel to Le Havre and Rouen, they're having heavy snow right now. They might get as much as 6 or even 8 inches, and high winds will cause drifting. March! Yuck.
Posted by Ken Broadhurst at 08:02