There's an expression that has a different meaning in my vocabulary today compared to years ago when I worked in academia. In the vineyard, the dead wood is pulled up or cut down, and then hauled away for burning or ground up into mulch. It doesn't have tenure. 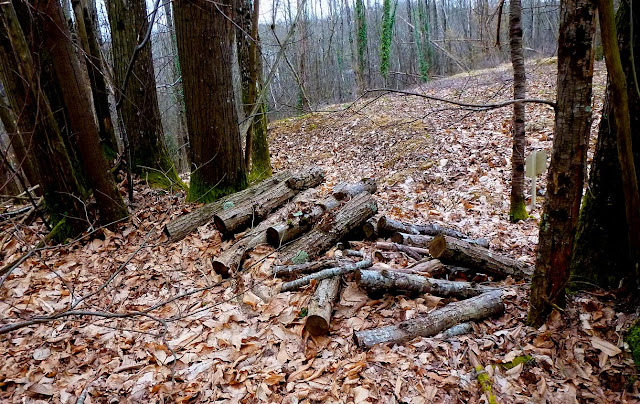 One thing is for sure: we are going to have a late spring. Last year, March was warm and sunny. April and May were warm and rainy. This year, March couldn't be more different. It's been cold and is still cold. The northern part of France — well north of Saint-Aignan — has been snowbound for a few days now. Drifts have covered the roads. Hundreds or thousands of big-rig trucks were immobilized on the main highways up there yesterday and the day before. 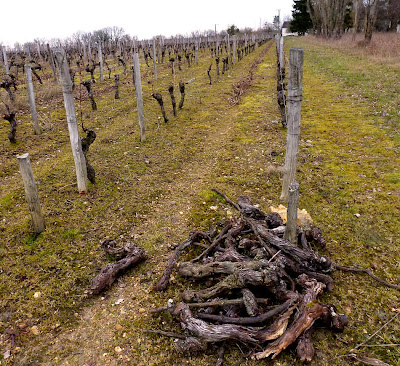 Down south, the cold Mistral wind that blows south off the Alps to the Mediterranean coast is predicted to sweep down at 80 mph this afternoon. I can do without that. And it snowed in Toulouse yesterday as well. Here in the center of the country, we got a lot of rain and our low temperatures have been just below freezing for a day or two now. Afternoon temperatures aren't much higher. Otherwise, it's just gray and damp and chilly. Complain? Me?


Our neighbor who's disabled with MS has not returned to his house. Who knows if he will one day. Our neighbors who spend the winter in Blois haven't come down here more than once this month, for an hour or two. Our neighbors who have residences in the Paris region are up there, not down here. One house in the hamlet is for sale and another is hardly ever occupied at all, even in summer, but the people who own it don't seem to want to let go of the place. 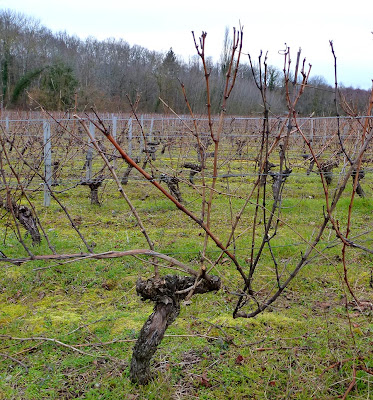 That leaves us, the neighbors across the road (a 92-year-old woman and her daughter), and our neighbor the mayor and her retired husband. We see their cars go by a couple of times a day, but that's about it. And now that they are filling in potholes out on the gravel road through the vineyard, we don't even see vineyard workers. The road is closed — Route Barrée, the sign says. The winery crews must be pruning vines on other vineyard plots around the Saint-Aignan area.


I'm off for my semi-annual visit with the doctor this morning, in preparation for my trip to North Carolina in early April. Don't want to run out of pills... Next week, I'll need to go see Madame Barbier for the quarterly haircut. I want to be presentable enough to get through security at Roissy and immigration and customs in Charlotte. I'd like to get some tilling and trimming done out in the vegetable garden before I leave, but the ground is too wet and the air is too cold. March. Phooey.
Posted by Ken Broadhurst at 07:41