I know this is France and not England (but with so many English or British people living around here around, sometimes that's not obvious!). However, there are certain British products that we really like to have on hand.


So the other day, when we ran out of black treacle, I immediately put it on the shopping list. Both the SuperU and Intermarché supermarkets here have an imported foods aisle where you can find many British, Portuguese, Asian, and Mexican products. I figured I'd pick up some English black treacle on my next shopping excursion. 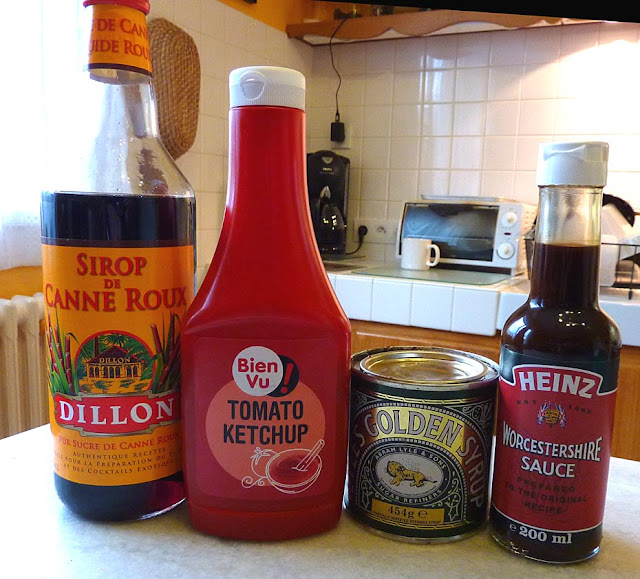 Exotic sauces and sugars in France


I'm not sure many Americans know what treacle is, much less black treacle. Well, it's basically molasses. I'm sure there are technical differences between the two sugar products, but treacle can stand in for molasses, and vice-versa. Black treacle comes in a little gold and red tin, and the similar product called golden syrup comes in the same tin but in green and gold.

Golden syrup has the color and consistency of honey, but not the same flavor. You can use it to replace corn syrup in a pecan pie, for example (using walnuts for the pecans, if you need to).


Black treacle is what we use to make Boston baked beans, in the place of molasses. Along with ketchup, of course — what the French sometimes call sauce américaine — "American sauce." I remember back in the '70s it was hard to get ketchup in a restaurant. Now it has taken France by storm. All the French kids like it on their hamburgers and fries. 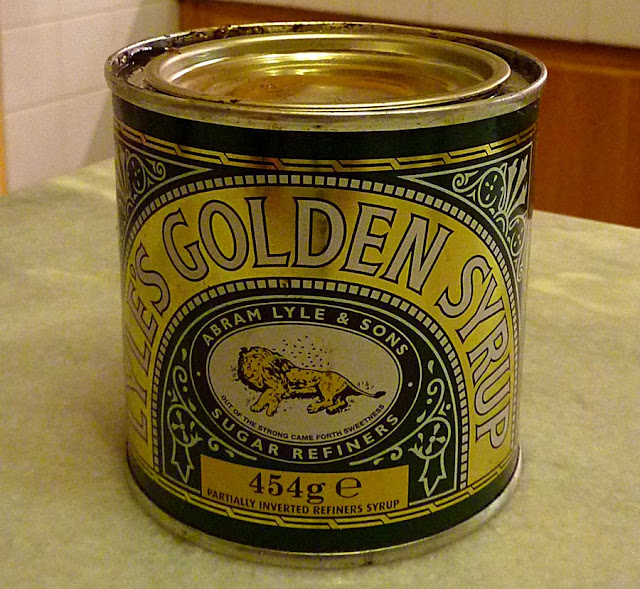 
I like the SuperU store brand of ketchup. It comes in a plastic squeeze bottle, the size of, well, a ketchup bottle, and it sells for about 50 cents (euro cents, of course, so in American cents about 65). It's a bargain, and it tastes good. It's 65% tomato puree. Once I bought some ketchup at Intermarché and it was terrible. I read the label and it was just 24% tomato — the rest was sugar.


So starting a couple of weeks ago, I've made several trips to SuperU, figuring I'd pick up some black treacle and some "wooster" sauce while I was there. But there was none to be found. I went back a few days later, and checked again. Zilch. There was a store employee doing some kind of inventory of the imported foods shelves, so I asked her for assistance.


Sauce anglaise she understood immediately. She said she was in charge of ordering British products for the store, and she was glad to get input from a customer. When I tried to tell her about black treacle, she was completely mystified. I pronounced it sort of in French — [tree-kuhl] — and that didn't help. I decided to sound out the letters as if it were a French word — [tray-AH-cluh] — but that didn't work either.

I mentioned that it was similar to golden sirop [see-ROH] and that rang a bell. « Ah, la petite boîte rouge qui ressemble à la petite boîte verte », she said, the light coming on. I spelled the name for her in the French alphabet — tay-ehr-euh-ah-say-ehl-euh — and she wrote it down.  She said she would get in a shipment of British products late the next week, so to please come back.


Meantime, I went to Intermarché. No luck there either — no treacle, no Worcester sauce. And the next time I went back to SuperU, there was no more Worcestershire sauce or black treacle on the shelves than there had been two weeks earlier.


Finally, I found Heinz Worcestershire sauce at Intermarché a couple of days ago. It's not Lea & Perrins, but it will have to do. It wasn't with the imported products, but over by the French bouillon cubes and the Viandox. I still haven't found any black treacle, and I have some navy beans cooked and ready to be eaten that I want to turn into Boston-style beans, which requires both the British products.


Luckily, I have now found a replacement for black treacle that I think will work, and it's a French product. It's called sirop de canne roux — brown sugarcane syrup — and it's made by a company called Dillon that also makes rum and other alcoholic drinks. This kind of sugarcane syrup goes with rum and lime juice to make a Caribbean cocktail called un ti' punch — a little punch. 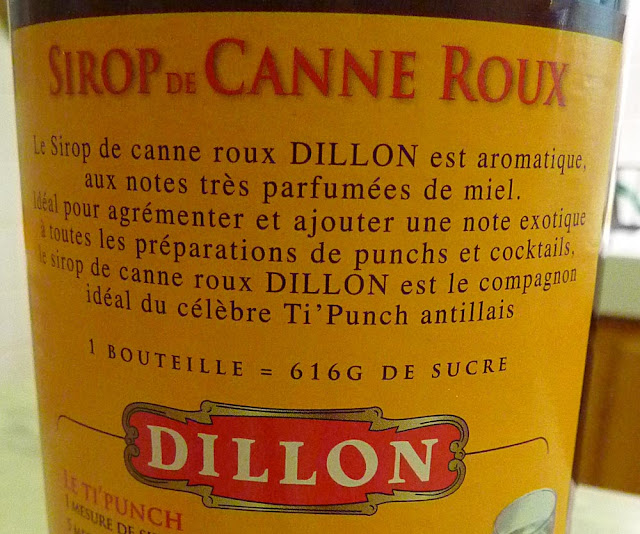 I've tasted and used some of the sirop — I made glazed carrots with it yesterday — and it's very tasty. It's thinner than treacle, with the consistency of maple syrup, but then it will boil down and thicken up very quickly in a pot on the stove or in the microwave. It's basically a caramel syrup and it should be good instead of molasses in baked beans. And it costs only three euros for a 70 cl bottle (the size of a standard wine bottle). Look for sirop de canne roux (as well as sirop de canne blanc) with the rums in the beverage section of a French supermarket.
Posted by Ken Broadhurst at 09:21