When Luke arrived on Wednesday, our first stop was to buy some bread (no delivery on Wednesdays) and our second stop was at a winery I had been wanting to visit for a while. I figured I was being a good host, giving Luke the quintessential Loire Valley experience of buying wine from the producer. After lunch, we would drive around and see some châteaus.


The winery I had picked out is called the Domaine de la Renne. It's on the outskirts of a wine village, Saint-Romain-sur-Cher, just five minutes north of Saint-Aignan. La Renne is a little river that flows through the village. I'd tried the Domaine de la Renne wines at friends' houses and in restaurants. I'd even bought a few bottles over the past year or two at SuperU and Intermarché, where they stock a few local wines, but I'd never gone to see what the winery was like. 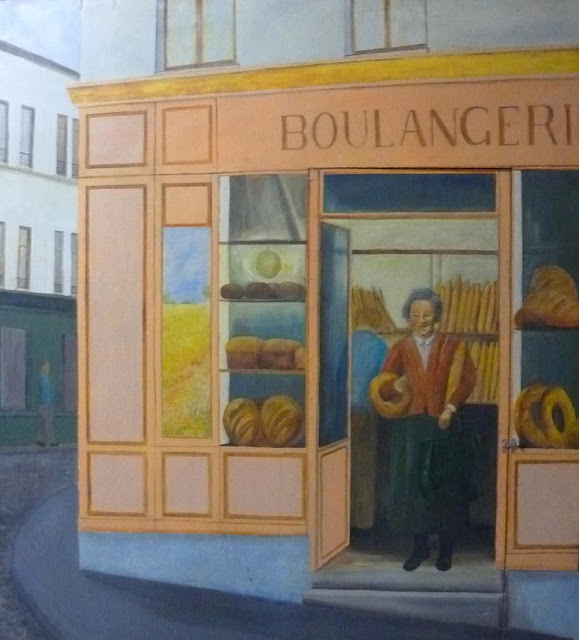 First some bread... this is an old poster I saw in a winery...


I was not disappointed. It was picturesque in an agricultural, working-winery sort of way. The tasting and sales room was a big space with a high ceiling and an old wooden bar plus a few tables where customers could enjoy tastings. The man who was on duty was in his 30s or early 40s, I'd guess, and not just talkative but very informative about the winery and the wines. He didn't speak English. 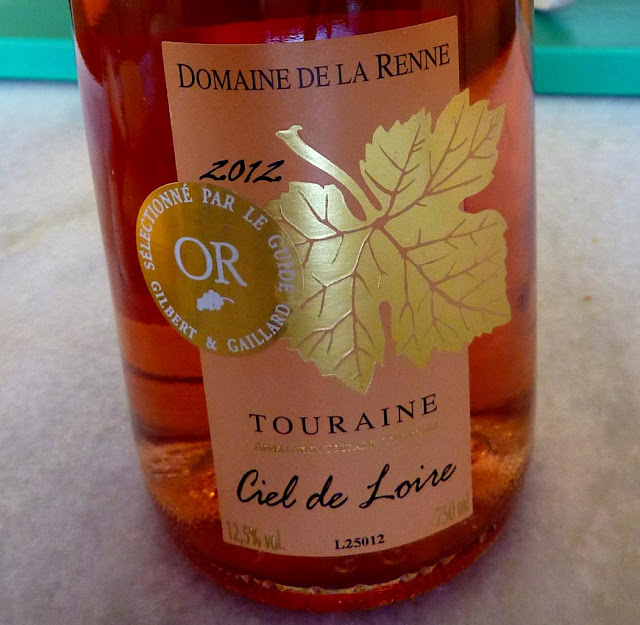 ...and then some wine


Just in case the Domaine de la Renne sold wine in bulk, I had put one of my little plastic barrels in the trunk of the car. No bulk wine was available, however — not every winery sells it that way. I decided I'd get a 10-liter bag-in-box of Gamay wine, which is the local everyday drinking wine. A bag-in-box is a cardboard box with a plastic bag inside and a spigot that pokes through a perforated hole in the box, making it easy for you to get the wine into bottles or pitchers. Ten liters is the equivalent of 13 bottles plus a couple of glasses extra. 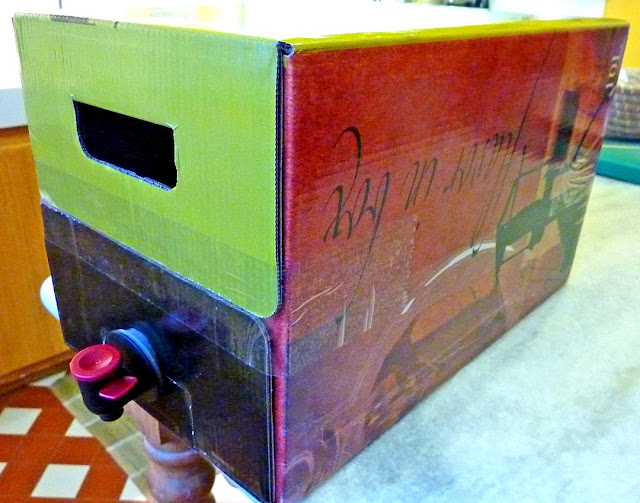 Almost everybody around here buys wine in these bag-in-box packages.
In everyday parlance, it's called either a BIB (say "beeb") or a fontaine à vin.


While we waited for the man to go get my BIB, I examined the few bottles of Domaine de la Renne wine that were on display on the bar. Several of them had gold or silver stickers on them showing that the wines had won gold or silver medals in tasting events around the region and even beyond. There was a bottle of Chardonnay wine, which I like, and there were a couple of different rosés. I decided to buy three bottles, just to sample the award-winning wines.

Here are the multilingual instructions for opening and getting wine out of a BIB.


One of the rosés was made from the local grape called Pineau d'Aunis, which gives a dry, slightly peppery, pleasantly pale wine. Walt and I both like it. I asked about the other rosé, and the Domaine de la Renne guy said it was made with Cabernet Sauvignon grapes. I was surprised, because you don't see much Cabernet Sauvignon wine around here. It's a Bordeaux grape.


Up here, the man said, the Cabernet Sauvignon grape is only good for making rosé wines. It doesn't ripen quickly or completely in the Loire Valley climate, which is colder than the Bordeaux climate, so any red wine made from the grape here is pretty thin and pale. It makes good rosé though, he assured me. We haven't tried it yet. 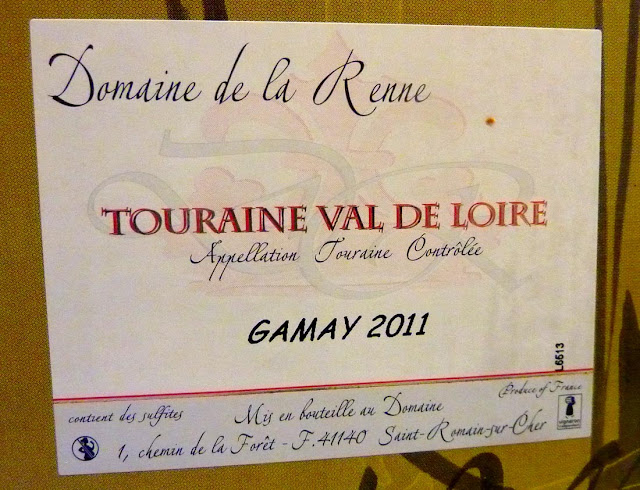 The BIB I bought had this wine label glued on it.
The 10-liter box of wine cost 23 euros. 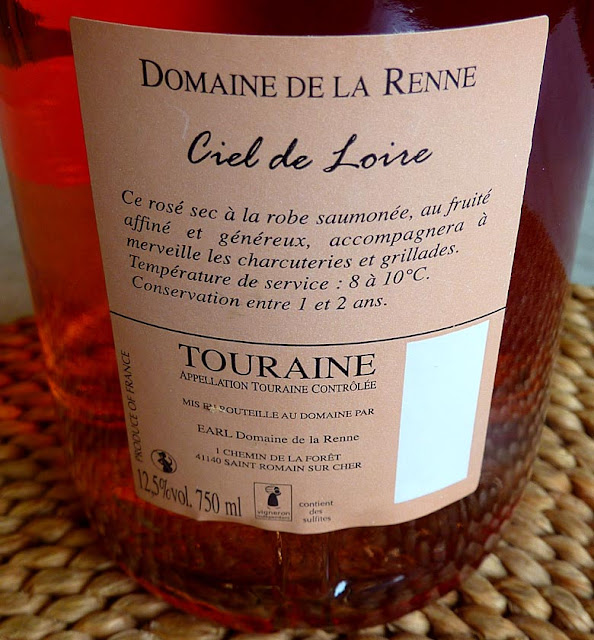 This is a Touraine rosé made with Cabernet Sauvignon grapes.


How bad was the 2012 grape harvest around Saint-Romain and Saint-Aignan? Well, the Domaine de la Renne lost 70% of their grapes last year. First, the month of March was too warm and the grapes put out new growth too early. Then on April 17 — the man was very precise about the date — there was an early morning freeze that damaged a lot of the plants.


The rest of April and all of May and June 2012 were chilly and very damp. It rained and rained. The vines set flowers, but the flowers stayed on the vines too long, their development into grapes retarded by the lousy weather. In June and July, mildew set in. Finally, in August the weather turned hot and exceptionally dry. The sun burned some of the grapes that had survived the poor conditions of spring and early summer. It was a catastrophic year for the local grape-growers. 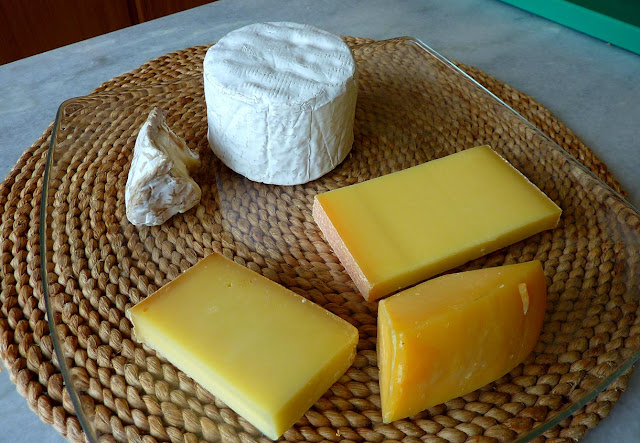 What good are wine and bread without some cheese?


The forecast for 2013 is looking better. This chilly, damp March weather is perfect for the vines, the man told us. They won't sprout new growth too early this year. With any luck, April and May will be warmer and not too damp. We'll see...
Posted by Ken Broadhurst at 08:09