Many of you may just be getting up to start the day. For us, it is nearly 4:00 p.m. Our Internet/DSL service just came back on. It feels like a wasted day.

Last night we had a wild thunderstorm at about 2:00 a.m. The thunder and the wind woke me up, and I got out of bed to see if any windows needed closing. The bathroom window was slightly open and I decided to close it because the rain was beating against that side of the house. 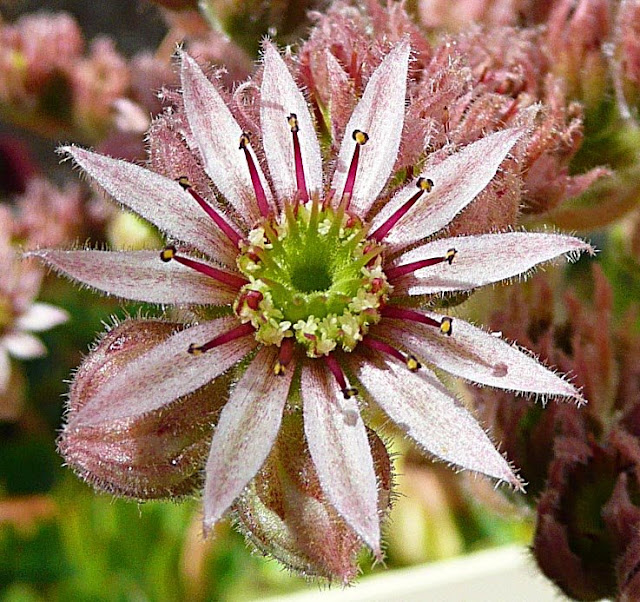 As I slid the window shut, a long, slender bolt of lightning dropped down from high up in the western sky and hit the ground a few hundred yards out behind our house, in the vineyard. When it hit the ground, the lightning bolt exploded into a big yellow fireball on the ground.

Maybe I was still half asleep. Maybe I was dreaming. But the cordless phone beeped two or three times. I don't know if that meant the power had been cut for a second, or if the lightning had affected the phone service. The clocks on the microwave and regular ovens were still displaying the correct time this morning, so I don't think the electricity went off during the storm. 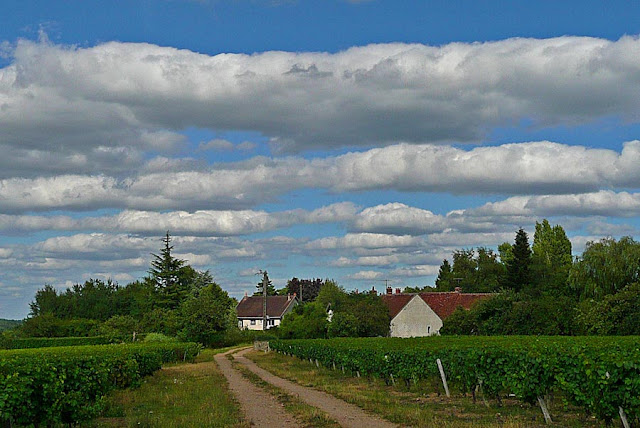 This morning, we had no Internet connection. I had disconnected the modem and the router last night before going to bed, because the thunderstorms were predicted. Twice over the past few months, lightning strikes have reset our router, erasing all the settings stored in it, including our Internet connection identifier and password. It's a pain to have to set the thing up again; I never remember how many settings need to be changed, or what the proper settings are. I thought that by unplugging the router and turning off the modem, I was protecting our setup. 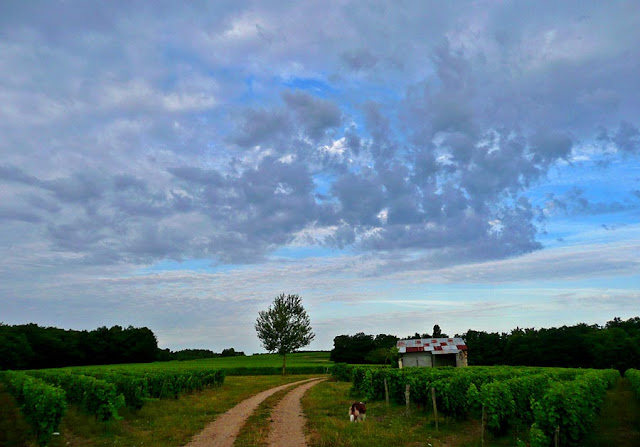 Yesterday afternoon, waiting for the storms to come

But nothing happened when I turned the Internet devices back on this morning. Our local network was normal — all our computers could "see" each other — but the Internet was absent and unaccounted for. I spent more than an hour on the phone with technical support between 9:30 and 11:00. The France Télécom support agent, after many tests and trials, couldn't figure it out. Everything seemed to be working normally, but still I couldn't get connected to the Internet. No Google, no blog.

While I was on the phone, we had company. Our American friends from the village south of us stopped by to use our Internet connection. They were disappointed. The French woman who sold us our house six years ago stopped by to get some tomatoes from our garden. I couldn't talk to any of them. Walt kept them busy and entertained while I waited on hold, the phone scotché to my ear.

Now, suddenly, the Internet connection works again. An "expert"— same word in French, pronounced [ek-spehr] — from France Telecom is supposed to call me at 6:00 p.m. to resolve the problem. Well, it's too late. It's now working again. I say it was their problem, not ours, all along. That's my story and I'm sticking to it.
Posted by Ken Broadhurst at 15:50